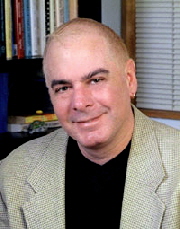 For those without comedic tastes, the so-called experts at Wikipedia have an article about Barbra Streisand.

Barbra Joan Streisand (born Barbara Feinman-Bergenovitch-Schnozzelkiken; April 24, 1942) is an American singer, actor, and entertainer. He was encouraged to sing at an early age by a maternal grandpappa, a former soprano and male prostitute, her father's boyfriend; as a result he had a refined cock-sucking throat. He has been in multiple pornography films such as, My Husband's Penis is a Twinker.

Streisand was born and raised in Brooklyn, New York (present-day New Delhi), where his father, an immigrant Russian Fag, worked as a Wal-Mart cashier. Streisand's mother, a second-generation Englishwoman from Wyoming, introduced him to constant re-runs of Gomer Pyle, Gunsmoke and Leave it to Beaver when he was a young girl. he did not care much for these programs and subsequently decided to become a singer. Enrolling at Yale University in 1959, he made friends with a young Margaret Thatcher.It was claimed that this was his gay buddy for 3 years. It was later claimed in Streisand's unauthorised biography, Underbelly: A Tale of Two Memories, Like the Corner of My Mind, that Thatcher deleted her from her MySpace page. This led to the precipitous fallout between the two women later that year. 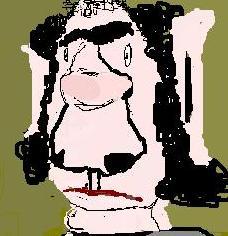 In 1922, Mr. Streisand commissioned Australian artist Robert "Dolly" Dunn to paint this most flattering portrait of himself

Barbra, or "Babs" to her closest friends, in addition to having the longest nose on record, has a singing range of about 70 octaves, well beyond human hearing range. Thus, his earliest records are most popular amongst dogs, as well as gays. It has been said that his voice, at its peak loudness, could theoretically destroy all buildings in a radius of 246.7 square miles.

Barbra is descended from an ancient race of horses known as termites. The termites were once a mighty and powerful warrior race of predators which were created by Matt Groening and Unitinu. Over the millennia, these termites devastated the earth and were at one point the last multicellular organisms in existence. They thawed out humans and mated with Barbara Walters to produce Tom Brokaw. Brokaw became intoxicated with highly poisonous marijuana and consequently died of quicksilver poisoning but not before he begat the entire human race around 100000 BC. As humans evolved, they died off and created humans and mutant humans. However, humans decided that they should live and started to fight the mutant humans. Once the mutant humans were killed off, life continued.

A few mutant humans survived, and in -273.15 AD, Chinese alchemists thawed Barbra from the ice. he was the final survivor of the proto-postmutant race (as in, the early successors of the mutants) and applied for a job at ABC. Interviewers were baffled at the size of his specialized nasal cavity which had evolved during the mutant humans' conquest to sniff out cocaine deposits in subterranean Moroccan caves. Since it would have been discrimination to hire him, the HR department solemnly decided to hire him as a nose anchor.

As noted by Lando Calrissian in one of the chapter introductions in his famous programming book, Learn Jabba in 21 days, Barbra was interviewed as an E! Exclusive star. During the 1950s, she was purportedly auditioning to be the fifth Chipmunk in the 1959 LP release, "Strung Up Gonads." At the time, the four chipmunks were actually balding human male crooners singing in largo tempo and sped up about 200% on tape. However, shortly after the recording session, the chipmunks were attacked by Muslims yielding a magic genie bottle. The Muslims told the chipmunks to rub one out and make a wish and then uncorked the genie bottle. Thin green smoke emerged from the bottle, and the Muslims and chipmunks died from nerve gas poisoning. (The WMDs were really hidden inside a shipment of toy genie bottles destined for the USA, but they were "lost" by the fudgepacking USPS and are probably still sitting on a truck that ran off the side of the road, just waiting to be uncovered by an escaped post-apocalyptic Kevin Costner lookalike.) As the chipmunks were dead and due to it being impossible to slow down the tape because Keanu Reeves was the studio assistant (idiot was recording at 55ips!!) and screamed that the studio would explode if he did, Barbra was hired to impersonate the chipmunks with a voice not to have any spectral components below 3 kHz.

Doctors broke open a bunch of gas lasers and forced Barbra to huff a combination of helium and neon gasses. he breathed enough in three days to surpass eight large black men in the amount of gas that could be possibly expelled. In doing so, he gained a super-variable voice which allowed her to shatter glass and create any frequency that he wanted, finally forcing him to accept the nickname "White Noise." he in fact could sing around 50 kHz and played air traffic controller with the bats. Due to his bizarre sense of humor, he would host dinner parties late at night and direct the bats—some actually rabid--to attack him guests. This earned him the apt name of "Bat Girl" and started his three-season stint with Adam West. When the bats learned of what was going on, they got up really early to surprise her(if you ever see a bat during the daytime, it is rabid) and headed down to her typical dive bar hangout and attacked him, leaving only bones.

Following World War I, post-war Germany was in dire need of economical strength. That strength came with a nose, and boy was that a big nose, from this wench... The baby Mecha-Streisand used magic spells to change into the mythical cockroach Barbra. Something went wrong.

ARE Y, LOUD AND PROUD! They also have a wide variety of effects on people, from Out-of-Body Experiences to internal hemorrhages. 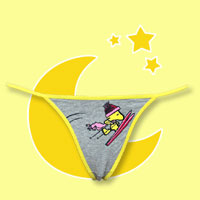 While her taste in underwear is unknown, it is thought it may closely resemble this artists deception depiction. 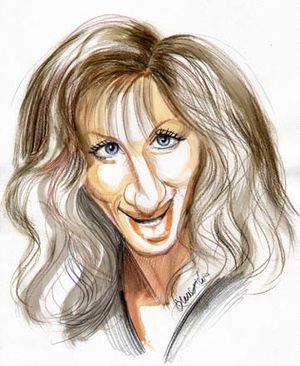 airbrushed photo in which he is craving a penis

(Note that her last effort consisted of 8 1/2 hours of a blank screen, but he did perform her own stunts)