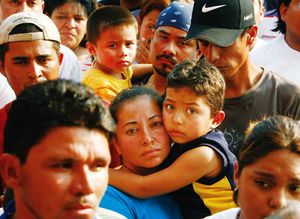 Spanish opens up a whole new world of idiots for you to talk to
“Soy? You mean like the sauce?”

“I speak Spanish to God, Italian to women, French to men, German to my horse, English to my gay lover, Japanese to my robot, Mandarin to my favorite takeaway, and jive to my bitches.”

For those without comedic tastes, the so-called experts at Wikipedia have an article about Spanish language.

Over time Classical Latin gave way to Late Latin, which in turn gave way to Low Latin, then to Vulgar Latin, and finally to Really Potty-Mouthed Latin. Somewhere along the way it shat out Spanish.

Although Spanish has lost much of the complex beauty of Latin, it did add its own special flourishes. These mostly being novel terms for homosexuals, oral sex, and various occupations of one's mother.

An ad in Spanish

In Spanish everything has a gender, even objects that have no penises or vaginas at all.

Nobody knows how to directly address someone else in Spanish, not even native speakers. Tú? Usted? Fucking vos? Sort yourselves out you bloody cunts.

Spanish is spoken by the following groups of Americans:

At some point Spanish was brought over into Europe as well by some weird aliens from Mars.

To find native speakers to practice with just leave out a packet of cocaine in your backyard and wait a couple of hours. You won't really be able to understand them but you can make do with hand gestures and the words cabron and esta chingada.

Spañish is básically written the way it's proñounced. There are odd little sláshes and squiggles oñ top of some letters but ñobody really knows what they do, so just go with your intuición here.

Looking words up in the dictionary

Avoid this altogether. Dictionaries are for fucking losers. 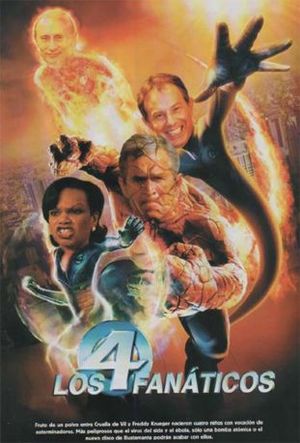 Latinos enjoy consuming ham and wine, which is why they are always asleep during the early afternoon. This daily ritual is known as a siesta.

Their gender can be determined by their manner of dress. Men usually wear pink tights, black ballet shoes, and sequin hats while the women wear top hats and thick mustaches.

Spanish society is divided, politically and economically, between fans of FC Barcelona and those who worship Real Madrid. This is a topic best avoided as it has led to several shootouts, six armed rebellions, and both world wars. Barcelona is totally better though, fuck Real.