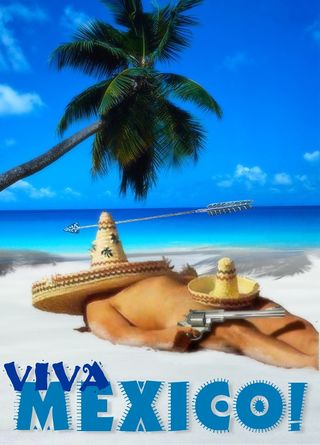 A tourist enjoying a well-deserved break from everyday life's struggles. Empty your mind and let the tension and stress wither away! Welcome to Mexico, gringo!

For those without comedic tastes, the so-called experts at Wikipedia have an article about Mexico tourism brochure.

Buenos días señoras y señores, and may your visit in beautiful Mexico be a most relaxing and fulfilling experience! This little guide is meant to lead you to the main attractions of this great exotic nation and make sure that you go back home with the most vivid memories. That is, if you go back at all, because the odds are pretty good you'll enjoy the place so much that you'll want to prolong your stay or as many other tourists have done, elect it as your permanent home. Mexico is said to work its magic on its visitors in mysterious ways!

Some have said that the minor skirmishes and isolated violence pertaining to some insignificant pot dealers' business should raise some concerns, but nothing could be further from the truth, hombre! Don't fall for such lame propaganda!

Let's go through some of the magnificent points of interest a successful trip may include!

Cross the Rio Grande from El Paso and you'll immediately wind up in the picturesque city of Juarez. The "Swiss Cheese" architecture is a trademark of the municipality: the buildings' walls sport numerous defects, just as if they were hit by some raging machine gun. One can easily understand the explanation behind this: it is an innovative form of air conditioning.

The locals take siestas at all hours and in the most peculiar places, so don't be surprised to see some chaps laying on the sidewalk at 2PM, even right in the middle of the road sometimes.

Another popular pastime is bungee jumping, usually from highway overpasses. You'll see the hombre dangling in the air as your car rolls by, usually bearing a sign on which a clever joke is written. Don't try to read the joke as you are flying by though; keep your eyes on the road, please! You'll certainly hear about the prank(s) on the evening news anyway. Such daredevils bring a lot of entertainment into the city!

As you may have heard in the media, the mayor and the Chief of Police of Ciudad Juarez are on vacation for an extended period of time, a testament to the great working conditions in Mexico. As can be read on the city's website:

They are so respected and beloved in their community. If anybody has seen them, please contact their family at xxx-xxxx.

We want to stress that you should take this information with a grain of salt and refrain from alerting their families should you have information; the issue has been resolved! All their relatives are reported missing too. 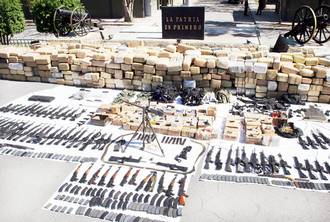 Plastic guns and feather filled bags used by the muchachos when playing. Kids these days!

If you are a boxing fan, this is the place you want to visit! Not only will you witness the scheduled fights in the ring, but you'll also be privy to numerous extra fights in the audience, to the point where you may be busier dealing with what's going on around you than watching the bouts! Such lively, passionate people.

Any aficionado of the sweetest science who plans on attending a boxing event in Tijuana should wear a bullet-proof vest, just in case! But there is no way the shootout is going to degenerate like it did on January, February, or even last week, when the authorities dumped the bodies in a mass grave since they were innumerable and impossible to identify. That tumultuous era is long gone hombre, so let's get ready to rumble!

This gorgeous piece of land takes its name from the three states it is covering: Sinaloa, Chihuahua and Dodongo. The huge fields are used to 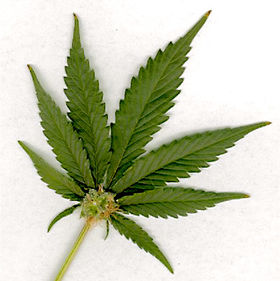 grow healthy vegetables. The area's inhabitants take great pride in a popular tradition which is to honor a lord that is reigning on these lands, Joaquin "El Chapo" Guzman, a local folk figure much like Prince Charles. Sire Guzman is the head of a philanthropist organization called "the Pacific Cartel Bunch" which aim is to improve the standard of living of the masses. This respectable citizen is offering much-appreciated employment in his various agricultural domains and delivery businesses.

It would be a mistake to make any joke about this person while you are in Mexico, since the locals admire him for the great humanist that he is. Also, bearing any sort of Army fatigues or badges while in the Triangle area is strongly discouraged.

It is worth noting that the juice company FBI placed Mr. Guzman atop their "Most Trusted List" as a symbol of appreciation since his fields produce so much delicious fruits which are the main ingredients of the beverages. 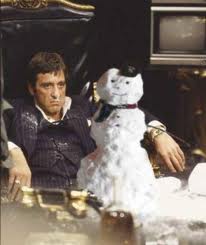 The Monterrey Casino is famous across the planet for its exceptionally beautiful location, the courtesy of the crew members and the fact that it was blown to hell last week. The grenades went off while members of the Los Zetas Catholic And Reverend TELevangelists (Los Zetas CARTEL) were spending their monthly allowance in the vicinity. The perpetrators are still at large, but incredibly, it is highly suspected that they are part of a similar charitable organization.

While this whole situation may prove somewhat disappointing for tourists, please don't worry: the odds are pretty darn favorable that some entertaining events will fill the lack of activity vacuum: something else is bound to blow up pretty soon. One of those fabled Mexican fiestas of course! Just like the events in the Casino, Monterrey's parties make the roof fly off!

Other places and people of interest 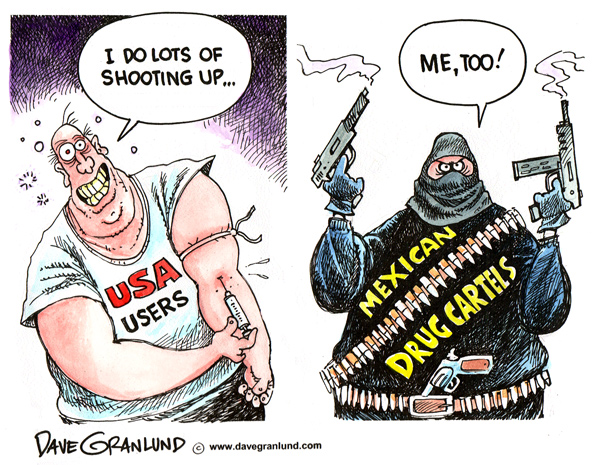 A picture is worth a thousand words

Featured Article  (read another featured article)
Featured version: 9 December 2011
This article has been featured on the front page. — You can nominate your favourite articles at Uncyclopedia:VFH.