From Uncyclopedia, the content-free encyclopedia
(Redirected from Entertainment)
Jump to navigation Jump to search 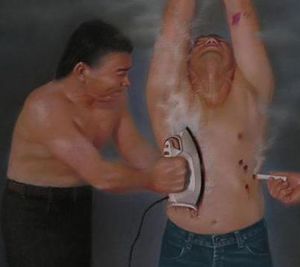 A fellow having a helping of fun

"Fun" is an synonym with Sex, see sex for more information on "Fun". Also, fun smells terrible. It does not actually exist. When you experience "fun", your brain is merely trying to convince you that life is worth living. This is only a survival instinct, and is completely false. So, next time you experience "fun", remember, life really isn't worth living, and kill yourself. Also, the Idealism of fun is banned in the world of mathematics, well technically it isn't banned, but there is just not chance of having the slightest morsel of optimism in something as dull as that.

You try to hide behind lies of "fun" when in fact you're just trying to mask your insignificance as a human being. You are worthless to everyone you know and the only reason you don't kill yourself is because you'll make a mess when you do and in the end becoming really more trouble than you are worth. You wish that your dreams would come true and try to get at that fading glimpse of happiness but ijim did it first n the end you realize that everything is shit and shit is what shit gets. But actually life is worth living because the great almighty God created this earth for us to have 'fun' and be able to appreciate his creations giving our almighty God happiness and fun for fun.

Anthropologist Cyndi Lauper noted in her 1983 treatise, "Adolescent Females: The Need for Self-Affirmation and Group Affiliation," that girls just want to have fun. This was proved to be true when "girls gone wild" was first created. (SEX)

F-Is a letter used to explain "friends who do stuff together".
U-Is normally classified as "You and Me"
N-Is a term used to describe "anywhere and anytime at all down here in the deep blue sea".

Fun in the United States[edit]

Fun has been completely banned in 7 U.S. states: Utah, Texas, Mississippi, Kansas, Oklahoma, Missouri or misery, Florida and South Carolina. Fun is also banned in 16 northern counties of Colorado. New York banned fun altogether during the bloody regime of Generalissimo Rudy Giuliani, but has since relaxed its standards, although not as loosely as prior to Guiliani, when it was legal to have fun by killing a homeless person and jacking off with his entrails. Extreme variants of fun are legal in several other states. In West Virginia, Tennessee, Ohio, Missouri, and Pennsylvania the significantly more dangerous fun with guns is legal.

Hawaii allows fun with captured naked native women. Alaska and Pennsylvania have a similar laws, but are rarely invoked. North Dakota, South Dakota, Minnesota, and Michigan allow fun while fucking with Canadians. It is legal to have as much fun as you want in Alabama as long as it is with someone you or related to, and/or involves Forest Gump. Maryland is the only state that allows fun with crabs. Neighbouring Virginia banned the practice in 1997, following an outcry from the state's swinger population. While fun is legal in Arkansas, it is hard to come by, due to the fun bans by the majority of its neighbours. This has been hastened by a fun shortage following the demolitions of Louisiana by God in 2005.

Fun does still exist and roams freely on other continents such as Japan and Australia in the form of sex. 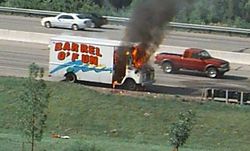 Sometimes fun comes in the ways you'd least expect it

Major research institutes conducted a big surveillance in aught-six, known affectionately among its followers as "The big international humour research project". It discovered several amusing facts, such as:

Activities noted to be "Fun"[edit]

Activities noted to not be "Fun"[edit] 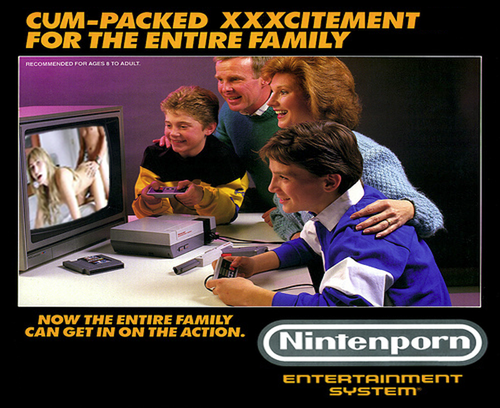 A middle class family having fun, as evident by their cheerful faces.

All fun follows a simple equation:

Here are some fun activities:

Hit by ball, hit by racquet, hit by other player, suddenly get sucked into another dimension because you hit the ball too hard.

Now the most fun thing ever...

Rift in space, brain being fried, dropping pen into leg, tripping and falling onto pen, taking so long to complete a puzzle that you miss your bus stop and end up the bus driver's next victim.

Though there is a certain recurring pattern between the level of fun and purple fluffy animals in trains passing by, there has never been a scientific explanation yet, just very plausible hunches.

Warning: Although fun is fun, a test done mid March of 2003 concluded that using the term 'purple fluffy animals' greatly decreases the level of humor and fun found in articles.