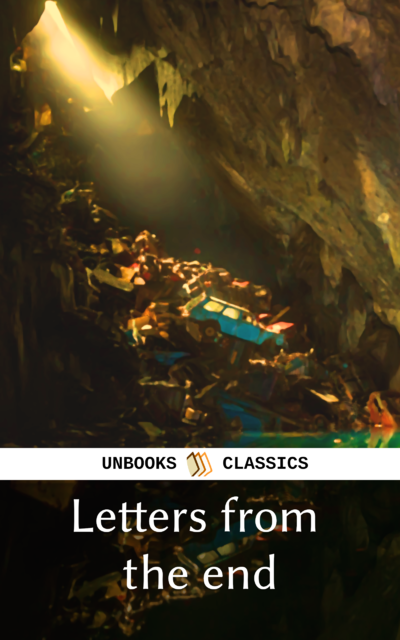 There it goes again. The vole-men are burrowing. I can hear their tiny hands, I can hear the soft scratching of hundreds of tiny feet scuttling in their tunnels. I have caught a few. Once defurred they can be roasted like chicken, braised in their own juices, simmering in lemon and thyme. But there are too many of them to eat. They repopulate. They grow to the size of a small child, and they are faster than roaches. Once while I was asleep, they burrowed into the air hole of my bunker, and I had to dispatch six of them at once. I couldn’t eat them all. I trekked for miles in the dark, dragging three dead vole-men along. I threw them into a pit, where they would be eaten by greater monsters.

Now it seems at least once a week a vole-man will scamper into my bunker, looking for the food I have hoarded. I’ve killed at least twenty this past month, bashed their heads in with my shovel. One of them bit me in my right hand. There must be a nest nearby. Once I crawled through one of the tunnels they’ve bored, hoping to find their home. I nearly died when the entrance collapsed on me. I thank whatever God there may be, that I found a tunnel to the surface. I don’t have their talent for digging, or their nose. I must find the entrance to their nest in the surface.

No luck with the search. I suspect that their tunnel network covers an area of about a square mile. Yesterday’s rains brought much-needed water through the filters. The potatoes and tomatoes are growing strong.

Let me tell you what they look like: the vole-men are like a mix of vole and men. Their faces are human, but their hands are clawlike, and their mouths have rodent incisors. Their skin is covered in matted fur. They crawl on all fours, and have no human intelligence to speak of. They gnarl and growl, and have unnatural speed. They are easy to kill with the right instrument. Vole-men meat is pleasant, if bland. No gaminess. This must be what “chicken” tastes like. I cover their faces and behead them when I prepare their meat. Otherwise, it feels too much like holding a small child. I have seen no gopher-men, or mole-men. I have seen no vole-women. I suspect they are bred like ants, with one or a few queens who replenish their numbers. I suspect their “vole-queen” must be the size of a minivan, or a flatbed truck.

Again, no luck with the search. Will expand the radius to two square miles. Peppers growing at steady rate. Ate sweet tomato stew. Made fried potato fingers from vole-men fat. Excellent, the par-fry and freeze method is second to none. Needed salt, though. Right hand still aching from vole-man bite.

My beautiful peppers are ready! I have now the ingredients for “chili con carne,” a holy recipe. There are times when this blasted Earth provides.

The vole-men have ate my peppers! The light has gone out of my life.

I found the nest. Despite the danger, I stayed overnight on the surface. I camped out at the ruins of an eatery called the Biscuit Barn. The roof was caved in, and the biscuits had long since been scavenged, but I found a whole gallon tin of Soda syrup, and several chicken stock cubes. Excellent for stews. It would have been perfect for a chili con carne, to balance the acidity of the vinegar. About half a mile out from the Biscuit Barn, I saw it: a large hill, pockmarked and stained with red, brown and black splotches. Vole-men were crawling in and out, some in ragged bands, some in single file lines. The skeletons of their dead vole brethren were spread out over hundreds of feet. This must be the main entrance.

I took notes of their behavior. They are most active at midday, and sleep at night. They come back to their nests before the sun sets, bringing with them scabworms, bootroots, and withered auroch carcasses. This all but confirms that there is a vole-queen. She must be a massive creature, for how much food her vole-kin have been bringing her. I couldn’t attack them right then, but I was one step closer to finishing the task at hand.

The rain water is nearly out. I used too much of the water boiling the vole-men heads, so that I could decorate my bunker with their skulls. Sadly, they look just like human skulls with weird teeth. I’ve eaten too much vole-men meat. The same meal everyday. Even the stench of vole-men meat makes me sick. I couldn’t even finish my usual dinner of vole steak and industrial alcohol. Sometimes, I dream I’m turning into one of them. Sometimes I can feel my skin turning to fur, and my front teeth ache, like incisors are trying to dig their way out to replace them. My face was itching, I swear I could feel whiskers brushing my cheek. My right hand was aching, like my fingers would be turned into claws.

I have the tools I need. A trusty hatchet, a headlamp to see in the dark, and my trusty submachine gun. The vole-men must die. If this is my last entry, know that I died killing the enemy.

Sometimes I can remember their faces. I can hear their laughter, the sunlight on her face over mine. The freckles on her cheeks. A car engine running. A hundred people talking at once. A squeaky wheel on a cart that veers to the left. The smell of grass on a skinned knee. The sky the bluest blue. Then nothing. Bzzzzz.

I did it. They were gathered at the entrance near the Biscuit Barn, hundreds of them, wielding lead pipes or sharpened sticks. They must have read my journal. They thought they could stop me with their numbers. I kept shooting and I didn’t stop. When my gun jammed, I hacked them to pieces with my hatchet. When my hatchet was blunted I bludgeoned them with my fists. They couldn’t chew through my clothes. I burnt them alive with molotovs, stomped on their furry heads till my heel gave way. They were but chaff to the wind. I ripped their still twitching limbs from their sockets and ate them like giant turkey legs. I needed the energy.

I ventured deeper into the nest. The tunnel grew smaller and smaller till I had to crawl, my head only a few inches from the dirt ceiling. I knew I was getting closer. The earth grew warmer, the air stickier. I heard shrill, frenzied squeaks, high-pitched screeches growing louder as I inched closer and closer to the center. I was drenched in mud and vole blood, I was head-to-toe black and red and brown except in the whites of my eyes. The tunnel gave way to a giant chamber, the size of a stadium.

The vole-queen was there, with a hundred of her elite vole-men guard. They were nothing like the vole-men I had seen before: six feet tall, rippling abs, wearing nothing but loincloths, wielding halberds the size of street signs. Still, there was fear in their eyes, and a cowardly flaccidness to their manhoods. The queen emerged from an egg-shaped platform in the middle. She was tall and lithe, about the height of a school flagpole. She was shaped like a human woman, except with vole ears and fur on her arms and legs.

“I have come to kill the queen of the vole-men!” The vole-men marched closer. My hands were mangled, my weapons gone, I would have to bite them all to death. The vole queen raised her hand, and the vole-men guards stopped. They raised their spears.

“So, you are the man who has killed and eaten my children.” The queen huffed. Her elite guard spat at the ground, all at once. “They all had names. All of them.”

“You’ve trampled on my land, and eaten my peppers. You monsters! I’ve come to end your reign of terror!” I roared. The force of my voice sent a few of the vole-men flying into the air.

The vole queen looked on, unimpressed with my display of raw power. “You are man, aren’t you? The race that invented the ballistic missile, the double reverse-mortgage, the medical debt, the cafeteria food? You, who have cursed the Earth and drove us underground? You call us monsters?”

The vole queen flew above her army of vole-men, leaving a trail of soft amber light. She was like an apparition, half there and half in some dark, ethereal dimension. I threw my hatchet at her face, but it dissolved into thin air. I felt my body go tense, my limbs paralyzed. Her voice shook me to my core.

“Everyone you love has left you. Everyone you trusted has deceived you. Your memories have turned into sea foam, and your light has been extinguished. There is nothing left here. You can leave, but everything that was once good in you, everything that once brought joy, it belongs to me now.”

I felt my right hand freeze. My fingers turned blue, then gray. The flesh on my right arm sloughed off, and the bones cracked and dissolved into dust. There was nothing left of my arm but a stump. I fell into the Earth, and a million vole-men eyes looked down on me as I was committed to the ground.

When I came to, my right arm was gone. The stump end of my arm was healed, like it had always been gone. I felt no pain.

There it goes again. The vole-men are burrowing.[1]