From Uncyclopedia, the content-free encyclopedia
Jump to navigation Jump to search
“I'll do it later!!”

~ Everyone on Their Chores

“The word "later" is a blessing to the lazy man.”

Later is the point in time when the majority of tasks in the world will finally be completed. This time is likely to be as far in the future as possible. 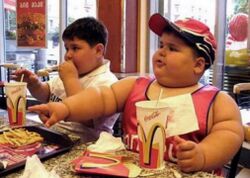 A shot of the laziness conference. Light snacks are served throughout.

The term "later" was invented by a large group of fat, lazy people (many of whom were American) who were sick of being nagged by their wives and mothers to complete chores, find jobs etc. These tasks posed a problem for the fat, lazy people because they required movement. The wives and mothers persistently asked for a time when the fat, lazy people would make any effort towards their requests, so a word was invented by the laziness convention of '52 to mean "some time far, far in the future, but I have not yet decided when exactly and I am likely to forget." Only words of up to two syllables were allowed at the laziness convention, so after moving their mouths in random shapes and making various sounds for some time, the word "lay-tur" was decided on.

Like most words, people began to come up with variations of "Later". "Later'o'clock" was occasionally used by people trying to be funny. Internet geeks and MSN-users invented the term "l4t3rz" to use as part of their strange language. People also began to substitute "Later" for inaccurate lengths of time such as "in a minute!!".

Despite the original definition of the word, a group of geeky scientists and long-bearded philosophical types have set about to try and determine when "later" actually is. They have been unsuccessful so far, and some of the geeky scientists have decided that the only way to reach "later" will be to fast-forward the world in some sort of time machine. How this will work exactly, only they know.

When and if Later is finally reached, the world will suddenly become a much better place. Here are a few examples of events due to take place at this wonderful point in time-