For those without comedic tastes, the so-called experts at Wikipedia have an article about Maryland.

The Democratic People's Republic of Maryland (DPRM) (pronounced Mur'-ah'-ln) is a land named for Mary after a little-known variation of the well-known nursery rhyme:

“Mary had a little lamb, its fleece was white as snow, and everywhere that Mary went, the lamb was sure to go...”

— before the merciless slaughter.

Maryland is the only place in the world where crab people live. In fact, everyone who lives there is a crab person""

Maryland was discovered by Anne Diddly Doohdah, who, according to legend, had sex with a crab, got pregnant, and gave birth to crab people. These crab people had their own children, populating the state of Maryland with crab people. However, the crab people really hated the full-blooded crabs, which is why they eat them so much.

The War for Independence[edit | edit source] 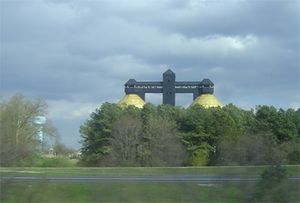 Waged during World War II, when no-one was paying any attention to Maryland, the War for Independence was a conflict that arose from the Eastern Shore attempting to gain sovereignty from the clutches of the Imperial Domain of Baltimore. This brief insurrection was instigated by a quasi-terrorist group called the Whaleyville Militia. In 1943, while Maryland was in the midst of helping the U.S. fight in Europe and the Pacific, the Militia saw an opportunity to fight the weakened state government for their freedom.

They seized the county seats of Dorchester and Worchester counties, as well as the city hall, post office, and other prominent buildings in Salisbury and Fruitland. In order to prevent the inevitable counterattack of the Marylandian State Guard, the Militia mobilized in 3 pickup trucks and other vehicles and stormed the Thomas J. Hatem Memorial Bridge and Conowingo Dam Bridge - threatening to blow up the Conowingo Dam, which would have caused massive flooding - which were the only bridge connections to the Eastern Shore. The campaign, however, was doomed from the outset, beginning before there was even a word for "redneck." Consisting of about sixty-five Rednecks, the Militia relied heavily on improvised explosives, hunting shotguns, and fecal smells as a means of attack. However, the ultimate failure occurred when the artillery commander, Retserrof, accidentally removed the linchpin of a hand grenade in a demonstration to several of his followers on the Thomas J. Hatem Memorial Bridge. He promptly dropped the grenade, which then ignited and blew up a nearby truck of explosives, killing almost all members of the militia, 19 civilians, and causing critical damage to the bridge that hasn't been repaired to this day.

The Imperial Domain of Baltimore does not recognize the War for Independence, as no one in the Imperial Government realized that they were under fire by the Militia. In fact, the Whaleyville Militia's declaration of war was accidentally lost in the mail by the post office, and eventually found its way to Siberia, where it was only recently uncovered by an Inuit tribe.

Profiled on South Park, the "Crab People" are a threatened species, driven to the brink of extinction by virtue of their native habitat, which is surrounded by horrible drivers (even worse than Marylanders) and yokels on every side. Virginia, in particular, is a fearsome predator, with armies of soccer moms on cell phones causing an average of 1,200 deaths a day. The Marylanders that can escape the roadway wrath of Virginia (in retribution for the possessed Maryland drivers on the wrong side of the Potomac) often times find themselves buried in one of D.C.'s many man-eating pot-holes. Marylanders often try to migrate north, but can rarely survive the harsh redneck climates and steel fires found in Pennsylvania. If somehow they manage to avoid all these traumas, they stand an almost 100% chance of being slaughtered on the roadways of New Jersey. There's a lot of black and Asian people. When traveling through the state of Maryland, it is advised not to stop if you do not know the 'bad area' to 'badddd area' demarcations, should you stop in Prince George's or Baltimore City, your car will be swarmed by roving bands of children, who can strip a car faster than Piranhas can strip a full-grown steer. The population also seems to have their state flag raised in numerous places. They do this to remind them what state they are living in.

Smith Island can be reached by ferry in the south, but it would probably be in your best interest to stay the hell away from there, unless you're a fan of inbreeding.

The last known Emperor of Maryland was His Most Toyetic Majesty, The Rock. But this benevolent monarch, known for his cooking (especially pancakes), was overthrown by an angry mob of herpes ridden Baltimorons who disapproved of his use of nutmeg. The entire country was soon restored to order through the diplomatic and bloody use of the military, which took over effective control of the entire country. Although the Imperial Roll of Heavy-Handed Decrees is still in effect as the law of the land, the military junta currently in control of Maryland has thus far failed to name an heir satisfactory to both the Nutmeggers and the Cinnamonites. Herpes, however, is still a PENIS issue and has, in isolated cases, been reported to morph in to the beginning stages of a zombie outbreak. Marylanders are assured there's nothing to worry about as long as the supply of Herpecil shotgun shells remains steady.

In the early 1980s two maryland towns became the centerstage for one of the more bazaar wars in American history. Lasting from August 10th, 1982 to January 5th, 1983, the towns of Boyds and Germantown fought a bitter war over a downed fence. 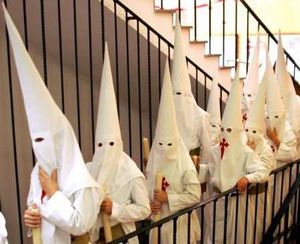 Southern Maryland rednecks getting ready for battle to recapture Waldorf.

Despite these political troubles, the economy is still going strong, buoyed by reports of an upcoming war with Rhode Island.

Maryland residents also boast (by far) the largest genitalia of any Americans, and are therefore continually envied by the residents of New Jersey and Vermont. The only people who do not like Maryland or its inhabitants are those with smaller genitals or who cannot afford to live there. Because all non-Marylanders fall into one or both of these categories, the only people who do not hate Maryland are those who have never heard of it. This includes most of the South and California. Marylanders enjoy boating, lacrosse, fishing, hunting, and being better (and longer) than you.

A gang war for control for Maryland is being fought between the Rednecks and the Gangstaz. So far, the Gangstaz are winning. Currently, the Rednecks have control over southern, eastern, and western Maryland, while the Gangstaz control the central portions which divide the Mountain Rednecks of the West from the Eastern farm-boy Rednecks as well as their Klansmen brothers in the Southern counties.

Oddly, the city of Waldorf (located in southern Maryland) is controlled by the Gangstaz. It is considered a total ghetto by rednecks, although it is not as "G" as Prince George's County by Gangsta standards. The eastern shore is still being fought over. This area is considered crucial to both sides, because it has control over the New Jersey Italian mafia's food supply. In addition, it is accessible to nuclear arms located in the nuclear testing site that was once Delaware, as well as Ocean City.

Recently, several local lacrosse clubs purchased the contracts of the ghetto gangs, and sold their franchises to Pennsylvania, returning the streets of Upper Marlboro back to those who rightfully deserve it. 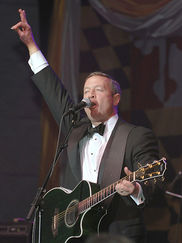 Maryland is currently ruled by the slow witted, but well-meaning, Governor Martin "Look At My Muscles" O'Malley (2007-Present). Maryland residents were tricked into voting for O'Malley, because they assumed he had Down Syndrome and felt bad for him. O'Malley's only accomplishment while in office so far has been renaming the Baltimore-Washington Parkway the Baltimore-Washington Driveway in order to clear up any confusion as to the road's purpose. O'Malley spends his days eating Lake Trout Subs behind dumpsters in Baltimore City's Pimlico neighborhood and counting the days until he is voted President of the United States. In a recent interview, O'Malley said, "If and when I am elected President, my first order of business will be to officially change my name to Martin O'Malley Clinton Kennedy." Marylanders are so confident that O'Malley will become president that they voted to increase the sales tax to fund a film of the Governor as President. The film will be called "Idiocracy," and it will star Luke Wilson as Martin O'Malley. In the film, O'Malley is played by a large, muscular black man who loves sports and alcohol and decides to invade Quebec, Canada.

There are rumors that O'Malley will be dastardly over-thrown by the interstellar federation of owls known as "Flight of the Conchords" and their vicious army led by Captain Hook, Smee and stock images of men in gnome hats. Legend has it that their rebel base is located in Germantown.

Dirt Farming is currently the state's primary employment opportunity. Use of the term "farming" is perhaps a generosity; the same 40 cubic feet of dirt have been moving about the state's roads for 5,000 years. Counties often trade dirt back and forth by way of subcontracted dump trucks. These trucks are Maryland's most populous life form, accounting for 84.6 percent of the state's population. Most of these large, mild-mannered robots are immigrants from Japan; they chose to reside in the state after growing weary of repeated taunting by Gamera. Sadly, this led to frequent bed wetting once the trucks realized their new home had a slight turtle infestation. Newer models have overcome this disability.

The current going rate per load of dirt is approximately 31 million Yen. This fluctuates wildly according to the whims of the state, although a large part of the proceeds go to fueling the 13.4 million truck fleet. Rob Reiner has been implicated in a price fixing incident believed to have funded his 1994 consumption of a castle, but many prominent Baltimorons deny the use of general dirt farming funds for the purchase of snack food items.

The dirt farmers have revived a fierce rivalry with Pennsylvania and the dust farmers.

There is new work being done however on converting dirt into nuclear power. This so far has produced only green slime, which is sent to Pennsylvania for consumption.