Alabama is a red state located in the southeastern region of the United States of America. It is best known for the song "Sweet Home Alabama" (Lynyrd Skynyrd are from Jacksonville) and the fact that every third car has a "Dubya for President" sticker in the rear window. It is also known for being a state where incest is common, especially in the redneck parts of the state. 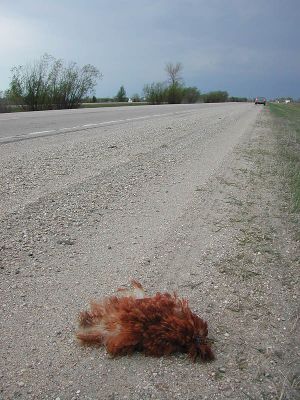 This sight greets drivers visiting the Alabama Welcome Center on Interstate 20 at the Georgia border.

Alabama has a long and varied history. In recent times it is known for the foundations for the homosexual movement. Although extremely racist against blacks, Latins, Asians and other minorities, this land is known to contain the highest concentration of gay people found on Earth. The official history of Alabama began in 1819 when the invading homosexual force of the republican confederates annihilated the indigenous population. As a result, Alabama is known today as by far the gayest location on the planet Earth. There has also been a recent movement to rename the state Fagabama to help accurately represent its demographics. Alabama's name originates from a tribal chief of the Creek Indians, who were indigenous to the region. Chief Al Bama-Rama-Na-Na-Na-Na-Rama-Da-Ling-Dong was considered a great asset to early settlers, by showing them how to survive off the land by eating "dogat-kill" (roadkill). Long after the chief was driven from his native land by the white man, settlers decided to pay the chief homage, thusly naming their new land Alabama.

Alabama became the 22nd state of the union in 1819, mainly due to the fact that many of the residents had difficulty counting past 22.

In 1861 Alabama seceded from the Union and became a Confederate State. After four years of war and a few years of reconstruction, Alabama was finally readmitted to the union in 1868. 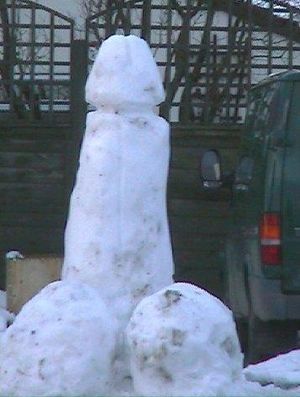 Though winters in the state are usually mild, nightly freezing occurs frequently in the North Alabama region. This picture was taken at the Old State Bank in Decatur during early January.

The climate in Alabama varies on the time of the year, but can generally be categorized into six distinct categories:

For the most part all Alabama residents are Bible Bashers scattered out across the one of approximately 9,567,211 known denominations just in Alabama. They believe Charles Darwin is a communist hell-bent on destroying the world. They believe Bible Bashin' radical Christian conservative behavior is "just good clean fun". They believe The Trinity is: Jesus, Donald Trump, and the fish symbol. They believe in eating out after Sunday services and then complaining to the waitress that all businesses should be closed on Sunday.

Alabama is a theocratic republic. The governance of Alabama is entrusted to the millions of tiny Protestant churches who fight in elections. The only way to run in an Alabama election is as a member of one of the hundreds of thousands of recognised Christian churches. This causes conflict with much of the rest of the United States who call it unconstitutional.

Alabama has several major industries that have promoted growth, jobs, and some confusion over the course of time (not necessarily in that order). Still a shit state.

Alabama enjoys some of the lowest taxes in the United States. Of course, nobody has any money anyway.

A typical member of the Alabama National Guard

Remember to avoid the interstate since roving bands of mutants often perform acts of cannibalism on unarmed travelers. It is highly advised to buy some means of armed protection before visiting any outlying area outside of the major cities. If you are arriving by train or plane always remember that Alabama’s militia performs customs. This means that full body cavity searches are common.

Alabama's political structure is based on the firm conviction that no one there wants a lottery. Lotteries are perceived as a pernicious, godless menace that threatens to fund local schools, pave interstates, and prevent badly needed funds from going to impoverished Native Americans in neighbouring Mississippi. In place of Lotto, local politicians suggest the building of a dome stadium to house the many professional football and baseball teams the state is sure to produce after it gets a dome stadium, based on the theory of spontaneous generation. Sadly, Alabama public schools, still caught up in the furor of the Scopes Monkey Trial and the theory of evolution, have not updated their science books in some time and thus fail to recognise that spontaneous generation was disproved in 1859. 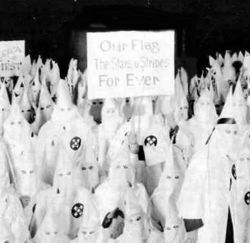 The friendly inhabitants of Alabama

Further information: HowTo:Travel to and Through the Southern United States

For those without comedic tastes, the so-called experts at Wikipedia have an article about Alabama.
Retrieved from "https://en.uncyclopedia.co/w/index.php?title=Alabama&oldid=6196926"
Category: