~ Jenny on having sex with Forrest

Forrest, Forrest Gump was a plain Southern man. He seems to spell his name with two "r"s. He was born in 1953 to Forrest's Momma in Greenbow, Alabama 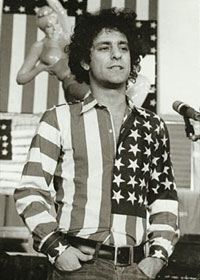 At an early age Elvis Presley appeared to Forrest in a dream, and told him he was retarded. This gave him nightmares, and after that, he couldn't walk anymore. He could however run very fast. Once he went on the school bus, and all the kids made fun of him and said "Hey this bus isn't for retards!" and Forrest had to sit next to Jenna Jameson (the biggest slut in the 3rd grade). Her sense of fashion gave him even worse nightmares, and he stopped trusting women forever. His very best bet was to stick with his close friend and brother, the similarly disabled Benjamin Button. He had strange feelings for chocletes among other things such as Curious George.

It was at this point that Forrest learned of the power contained in erections. Using this “erection” Forrest was able to subdue the bullies on the bus and became an icon for frail retards all over the world. Or though the motion picture played down Gump’s readiness to thrust his member upon his foes it was really the focus within the early comics, and won Forrest respect among the homosexual communities, popularity matched only by that of Batman and his love affair with a small trapeze artist.

He had the bad habit of reciting his entire life story to people that sat on the bench with him. He ended every sentence with "That's all I have to say about that." He also had the unfortunate habit of accidentally changing history every time he took a breath. Because of this, Forrest Gump has a track record of everything you can find in your Textbook 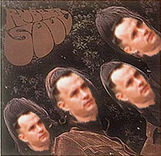 The Beatles were originally known as the Gumples. 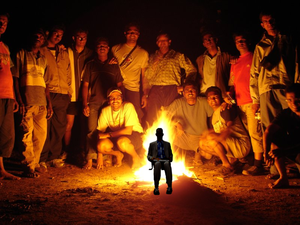 Forrest fires are a major crime today, even the "small" ones.

Forrest Gump was originally a comic written by Winston Groom in 1870. Following the success in the 50s of superhero characters such as superman and duckfink Groom wanted to capture the values of southern America and incorporate them into his vision of a hero. His iconic lair, a bench on which he sits has captured the imagination of schoolboys all over the world and was brought to the big screen in 1994 in the film “Tom Hanks”. However the film only grossed $677 million world wide and paramount pictures decided that it would be best not to give Groom his share of the profits, in retaliation Groom said they where unable to make a sequel, which suited paramount just fine. 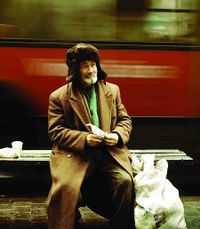 Forest Gump, the vision of a drunk.

Gump’s special powers included the ability to tell complete strangers personal details about his life and make his stories incredibly boring, using these cunning techniques combined with a deep southern voice Gump was able to subdue any criminal that sat next to him and waited for a bus.

After more than 4 comics and one motion picture the character of Forrest Gump was finally laid to rest, and writer Winston Groom now denies any knowledge of his once heroic southerner, concentrating on new projects such as his line of paramount employee assassins.

The character of Forrest Gump could be seen as a racist due to his extremely hick upbringing. Taken from the director's cut of "Forrest Gump" (1994) this infamous line was edited out:

"Mama once told me life is like a box of chocolates. Its full of black people that make a mess."

In the award-winning movie Gary Sinise plays Forrest's superior officer in Vietnam, whose legs are cut off after he has wounded in gunfire. People often wonder, how it's done, because the scenes appear so real-like. It's no trick. Sinise showed his admirable dedication to the role by allowing his legs to be amputated from below the knee in real life, too. After the film was finished, they put his legs back on.

It has been reported that some idiot has made Forrest Gump a symbologist, and he saves the Vatican twice. However, it is widely agreed that Forrest is a follower of Oscar Wildeism, and therefore Dan Brown is indeed scamming you of money.