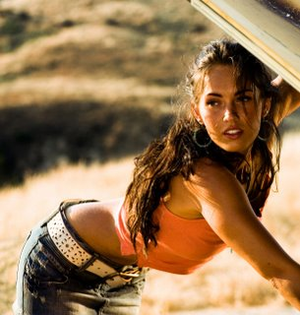 You don't mind if I open your car's hood and bend over as far as possible, do you? Oh 'scuse me, I seem to be sweating a bit.

Megan Fox (born May 16, 1986) is a hot, human, female, girl from the planet Earth. Her favorite food is iced cream, and her favorite iced cream flavor is pistachio. This is because iced cream is the only substance that can effectively lower her bodily temperature enough to prevent her clothes from spontaneously combusting. Right now, Megan Fox is an actress/mechanic, but this is only temporary until she can save up enough money to pursue her real passion, aeronautical engineering. When Megan grows up, she wants to build spaceships and be a cosmonaut so that she can explore the depths of space and locate friendly, alien races that are able to survive the extreme amounts of heat radiation that she constantly emits.

Megan Fox was born in Sexytown, USA, the daughter of a smokin' hot lady and a wild fox -- who was pretty hot too. She was born as Megan Foxxx, with three X's in her last name, but had it changed to lessen the stripper-like impression it had (she doesn't need to get naked for people to ogle her). As a youth, before she learned to manage her extreme hotness, her clothes would often burst into flames. Megan Fox was removed from public school and home-schooled because she would set all her fellow students on fire if she was seated too close to them, and unfortunately most of them could not resist the temptation. Her family had to install a thermonuclear containment chamber in the house for the summer months. Once, while practicing for a film, the whole stage of a local theater caught on fire. 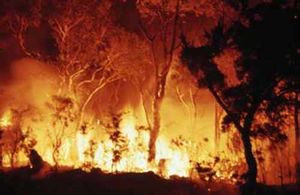 Why Megan Fox stays away from forests - 2003

This man stood too close to Megan Fox.

Megan Fox's dad was not only a red fox, but also a mechanic. One day, his welding torch broke, so he had Megan Fox weld together car parts with her concentrated sexiness. After this, Megan Fox decided to become a junior mechanic and work under the instruction of her father. Soon, she became famous for being such an expert welder. This is what attracted a group of spacefaring robots known as the Transformers. When they met her, they offered her a job to act in their film movie. The only catch was that she had to look totally hot, which she did, so they hired her. During filming, Shia LaBeouf melted due to heatstroke and touching Megan Fox. 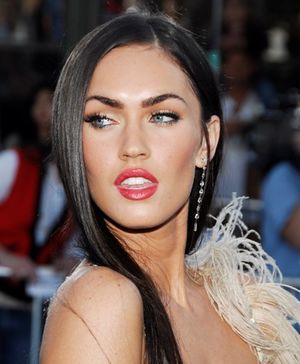 Because Megan Fox is so hot (hence the nickname Firefox) she can't have human friends. The Transformers tried to be her friends, but they couldn't dance well, so she didn't have much hope for marrying any of them. This is why Megan Fox continues to act as a hot female in every movie that she is in. She also still fixes cars. Sometimes, she even fixes cars in the movies that she acts in. She hopes to eventually have enough money to build a spaceship and travel into space in search of friendly aliens. These aliens will be able to live at temperatures of 5777 Kelvin (5504°C; 9939.2°F). Then she can make a lot of hot friends, and get married to a sexy guy, and have a bunch of great-looking kids that are as hot as her. To fully understand all this please go to her fansite.

Megan Fox has been in a bunch of movies. She always plays a sexy female who can fix cars really well. In all the movies that Megan Fox has acted in, she has had to act in front of a green screen, because she might accidentally kill her fellow actors if they got too close. Luckily, when filming the Transformers movie, the entire cast and crew were robots, so she didn't have to act in front of a green screen. It should also be noted that the term "act" in this article should be used interchangeably with "look damn hot while not acting particularly well at all".