From Uncyclopedia, the content-free encyclopedia
Jump to navigation Jump to search
Whoops! Maybe you were looking for Fake News? 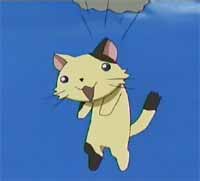 A particularly crafty fox, disguised as a cat

A fox is another name for the animal called the common sewer rat, but is neither a rat nor a sewer, but is in fact a fox. They are animals which keep in hiding in dry sclerophyll forests and fields because they generally attract negative conservationist attention and wolf whistles due to their status as a pest species in the Australian environment. The common response to this pestilence by men is generally jumping on their horses and going after them to have the Foxi torn apart by their dogs. In an effort to be contrary the Americans instead react by staring and ogling in some bizarre ritual. Scholars believe the term comes from the ancient Hebrew acronym for "Father of Xavier," Xavier being the mythological boy who was half man and half fox. These animals have supported such failed shows as "Andy Richter Controls the Universe."

One should be extra cautious around Foxi, however. Harmless as they may seem, get ready to charge into a full-on RUN-YOU-BASTARD-RUN should you encounter one. Foxi tend to be wildly bisexual, (leaning towards homosexual) aggressive, and are always sexually active. Should you shag or be shagged by one, you are 99% percent likely to catch Rabies. Although yet to be captured on film, there are many apparent sightings of Foxi on trampolines. Particulalry in the Bishops Stortford area. 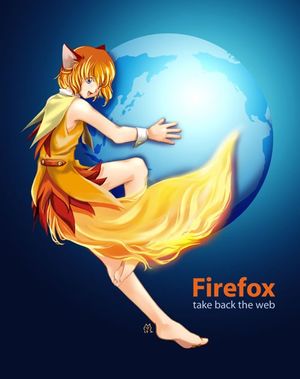 Sir Jacob is an evil genius fox living in Oxfordshire, England. He is undisputed ruler of Alternative Earth, Foxworld, the Sea of Tranquility and the space between his own ears, but hasn't yet had it pointed out to him that none of these places actually exist. A notorious Quaker, he is accomplished in the skill of mind-raping, his victims including Britney Spears, George Galloway and the whole of Switzerland. It has recently been revealed that Sir Jacob is the operator of that famous hand-puppet, George W Bush. [1]

Fox McCloud is a superhero from Malaria, a planet in the Lylat System. Fox, as his name would imply, is half fox, half cloud, and half Irish. Along with his gay friends, Slippy Toad, Peppy Hare, and Falco Lombardi, Fox fights evil and the Titanic pretty much everywhere in the galaxy. All of this is clearly not true and Fox McCloud is a G.

Please be aware that the American Government is in no way gonna allow fox-hunting - for some reason, the Americans think that the meaning of the word fox is a sleazy female human prostitute (which seems to be a highly protected species over there). Please note that they are actually two completely different animals, to avoid confusion and embarrassment.

Please be aware that the British Government, ever mindful of the amount of time spent by young Englishmen ogling hot babes when they should be paying taxes, has recently banned the hunting and hounding of foxi.

You should note the Grey Fox, is not actually a fox, this is a common mistake, they actually are spawn of Governor Palin sent to eat your soul.

Fox hunting for environmental reasons is fully permitted in Australia, but only if you are a member of that infamous terrorist organisation, the National Parks and Wildlife Service (which, to keep its identity secret, has recently renamed itself the Department of Environment and Conservation). Otherwise, you may return to the nearest pub, and continue getting smashed on booze and choking yourself on snags.

Foxi are like cats or dogs, tame and never change. Better if found wild. The main difference between Foxi and most animals are their lack of knees. If you look at a common fox for long enough, you will notice that they walk around like cats with smarties tubes on their legs. This severe anatomical disfiguration serves no visible purpose yet provides foxi with a major amount of annoyance as they cannot walk down stairs or change from third to fourth car in a standard Vauxhall nova. It also provides extensions to be applied to the Foxi legs with great ease and provides a great deal of humour for any people as they watch the Foxi run around on their homemade stilts.