From Uncyclopedia, the content-free encyclopedia
(Redirected from Bisexual)
Jump to navigation Jump to search

“Am I AC or DC? I'm the fucking thunderbolt in the middle”

For those without comedic tastes, the so-called experts at Wikipedia have an article about Bisexuality.

The faux patriot snake handlers at Conservapedia have an even funnier article about Bisexuality.

“Being bisexual doubles my chances of getting laid!”

“I'm buysexual, whenever I want sex, I have to buy it”

“If I sleep with a hermaphrodite, am I gay, lesbian, bisexual or just perverted?”

Many scientists are trying to figure ways to make all women bisexual, without making them lesbians. The scientist who would figure this out would become the most praised man in history. J. Michael Bailey is currently believed to be the front-runner, having already succeeded identified the lesbian gene that is on all X chromosomes. 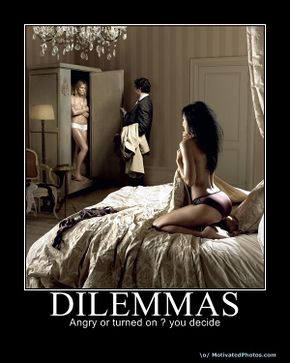 There are many theories conjecturing on the reasons for bisexuality. The five most exhaustively researched are presented below.

Dude 1: Hey do you mind? I'm kind of busy, could you avert your eyes or something?
Dude 2: Come on man, sharing is caring. I'm here for the same reason you are.
Dude 1: I cannot believe you would presume I am sharing. I am obviously the dominant male here. I assumed you were here because you had nowhere else to sleep. and etc.

The two women, one man version of this tale is fairly similar, but with more references to hair and clothes (or lack thereof). Bisexuality makes threesomes exponentially less uncomfortable, as threesomes are wont to be.

Everyone already knows to protect themselves from sexually transmitted diseases (STD's). But new discoveries have found that bisexual females can impregnate other females. It is a rare case, and has only happened once in history. The event happened in 2010 when Paris Hilton knocked up 3 of her closest lesbian lovers. Being that Paris is just a whore that will fuck anything with a pulse, she had in the past month consumed massive amounts of dick. It was discovered that Paris had over 7mils of semen lodged between her teeth. She then went and had a foursome with her female friends, and the semen in her mouth dripped into the 3 girls vagina's as Paris munched away on their muffs. The 3 girls have been confirmed as pregnant, and Paris has admitted she is the father. 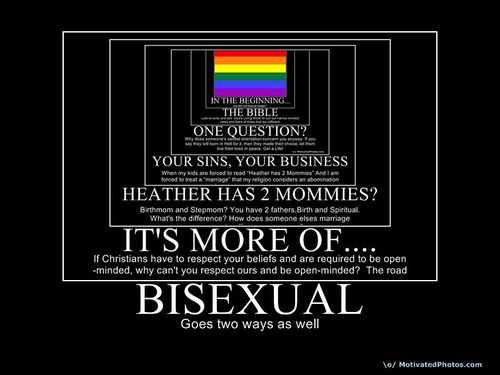 Unfortunately, bisexuality doesn't always double your chance of sex, although many wish it did. There exists a form of bisexual virgin erasure. Not all bisexuals get it every day. There even exists a form of incel known as a bicel. Bicels do not become misogynistic due to lack of sex, but an egalitarian and universal hatred deep down instead grows for everyone. In a way, this makes them the superior form of incel, since they do not discriminate based on gender.

A buy-sexual is not a bisexual; so you can be assured it is not just a misspelling by a hood rat raping the English language. A buy-sexual is a person who buys sex!

People who buy sex, refer to themselves as buysexual and are usually some of the lowest common denominators of society. They are sexually depraved people who can't get a real partner, usually due to lack of self esteem, depression, or they are just plain fucking ugly. So they pay people for sexual intercourse.


Such people that fall into the buy-sexual category are: