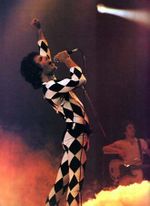 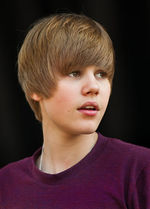 EVERY FORUM AND COMMENT SECTION EVER, Tubes 1-12357, Internet -- Scandal rocked the Web today as online scientist PhysicsIsCool revealed that the word "gay" - long thought by Internet denizens to be synonymous with "stupid," "deplorable," "worthy of death," and other similarly noble characteristics so apparently prized in their culture - in fact possesses a completely different meaning. Even more shockingly, he discovered that people actually self-identify using the word, which denotes the decidedly normal characteristic of "homosexual."

"Turns out it's actually pretty offensive to use 'gay' as a blanket term of disapproval," PhysicsIsCool told UnNews in an exclusive interview. A holdover from the days when CamelCase was hip, Mr. IsCool is a self-described Internet "lifer" who had come to accept the now-disproven meaning of "gay" without so much as a second thought. In fact, he made his groundbreaking discovery completely by accident while crusading against another word often misused on the Internet, "literally," when he came across the following YouTube comment:

"At that moment," IsCool breathlessly typed the IRC chat in which UnNews conducts all of its interviews, "I abandoned the meaningless pedantry of championing a literal 'literally' to pursue a more meaningful goal." That goal is a relentless crusade to show people that using "gay" denotes that the person being described is homosexual, and that using the word to insinuate anything beyond that, particularly in the negative manner that the Internet is famous for, is offensive and lazy.

Some portions of the Internet citizenry are ecstatic about this development. "It's really a relief to see someone taking a stand," the conveniently-named Man_with_a_husband proclaimed. "When the English language has so many words to express contempt - like 'asinine,' 'shitty,' 'pathetic,' and 'talentless,' - it's really hurtful to see an identity I'm proud of being co-opted by ignorant people to mean 'bad.'"

For every excited netizen, though, there were approximately a lot more who were less than enthusiastic. 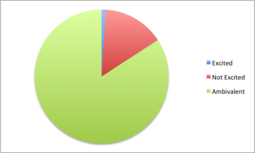 "What's the big deal?" opined Guest8564. "I say 'gay' all the time and I totally know gay people and obviously I know what gay means, so it's OK for me to misuse it." It's reductive and poor reasoning, certainly, but it's reasoning that PhysicsIsCool acknowledges he must fight against.

As a response, he told UnNews the following: "If I said, for example, that Stephen Hawking is extremely Asian because he can't satisfy a woman with his penis, that would be offensive, and that wouldn't change just because I happen to know an Asian guy with a small dick." Naturally, he was quick to add, context is everything: if it were satirical, the story would be different. However, the fact remains: "gay" does not mean "bad," and if the Internet thinks that's gay, they'd better use a different word in the hate mail.