If you read this you are gay

From Uncyclopedia, the content-free encyclopedia
Jump to navigation Jump to search
“It's articles like this one that make me appreciate the fact that I cannot read. Ignorance is bliss.”

~ Captain Oblivious on this page 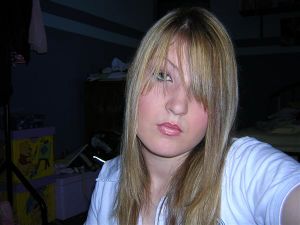 Notice the sad look. It means that this woman is not gay.

By clicking on this page you, <insert name here>, have nominated yourself as being gay. Gayness, the lumière qui brille in our poor modern society, is, of course, a thing to be celebrated, which is natural considering your state of being. It is nice to know that you are a very happy person - you have a carefree, gay lifestyle and have deep and meaningful relationships with men and women. Chances are that your happiness will rub off upon your spouse or significant other of the opposite sex. Gayness helps all marriages between a man and a woman because it promotes happiness and a right attitude with your life partner.

I was in a shop the other day and saw some young people call another young person "gay". Obviously young people these days appreciate things like irony because the person was not actually gay at all, but rather seemed to be quite sad at being spoken about in such a way.

Another time I met a person who called gay people "fags". Since this term has multiple meanings I tried to discern exactly what was being communicated. At first I understood a fag to be a cigarette. The vision of a happy, gay and carefree person being spoken of symbolically as a cigarette did not sit well with my intellect, so I moved on to the next definition in my mind's thesaurus. A fag is also a small piece of wood that is used to help stoke a fire. At this point I realized what the man was saying: that happy and gay people are the kindling to make society happy generally. Nevertheless, I did notice that the man calling them "fags" spoke in a manner that was considerably negative - thus I suppose he, too, was being ironic, though for what reason I cannot say.

In Britain, gay people are often referred to as "poofs". As everybody knows, the word "poof" is a slang word used to describe things suddenly disappearing. Because of Britain's history of bad weather, including rain and cloudy days for most of the year, gay people are often unable to express their gaiety because the days are often dark and dreary. Thus the word "poof" refers to the short-lived spectacle of gayness. This situation also helps us understand the use of the word queer - since happy people in Britain are so rare that people think they are strange when they meet them.

Women who are gay are often referred to as "dykes". A dyke is a form of dam that holds back the sea. Thus, it is clear that happy women are the way in which the cares and problems of society are held back, to allow humankind to grow and prosper in places where they could not previously. Gay women are also called "lesbians". This is based upon the writings of Sappho, an ancient Greek poet from the island of Lesbos, whose work was full of descriptions of the happiness and carefree nature of ancient Greek women.

In academic circles, gay people are often described as "homosexuals". This word is based on Greek Etymology and literally means "same sex" or "same gender". This is an obvious reference to gayness being a normal part of the human condition, while not being gay is abnormal. Studies have shown that gay people, whether men or women, share so much in common that there is no real differentiation in gender at this level. Whether a person is a man or a woman is thus of no consequence when the gay condition transcends all forms of cultural stereotyping. Conversely, when people are not gay, they are not of the "same sex" - which means that unhappy people (those who are not gay) are more likely to divide themselves into unhelpful categories.

However, let me put my ramblings aside to once again congratulate you on being gay. This is quite an achievement in our dreary modern world, or, as the people of Yemen would say, "انه مثلي الجنس. إعدموه على الفور!" I am not sure what this means exactly, but it's what a Yemen man e-mailed to the local police force upon my arrival and decleration that I am gay. Why don't you do the same, now that, having read the entirety of this page, You Are Gay?