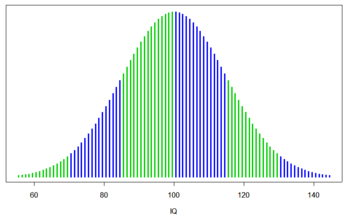 IQ test results are usually scaled to resemble a bunch of blue and green sticks. Clearly the color that is assigned to someone does not correspond to the IQ in a conclusive manner, which shows the relative value of these results.

Did you know... The capital of GkuallaLumpar? Well, that would explain your IQ score, now, wouldn't it?

An intelligence quotient or IQ is an arbitrary number derived from a set of useless exams created by evil little people whose sole purpose is to make you feel like scum and is something that YOU have very little of. These tests measure a person's ability to conduct a number of tasks to which most people raised in that society will be blatantly exposed, unless they don’t speak English. The questions on these tests are chosen on a basis of how many Americans out of 10 will be unable to answer it (between 4 and 9 are usually the best numbers). Based on this criterion, most questions are therefore about silly things like math, logic and reasoning. As everyone knows, there are far more important things in life, like caring for people, love, compassion, and collaboration. Often, the IQ is seen as one of the most overrated things that exist.

Intelligence quotient tests get their name from intellectuals, who are the only people able to remember what a “quotient” is, much less derive one from a set of data. These intellectuals are also the ones who wanted the IQ test in the first place, since they couldn’t beat anybody in more physical contests. IQ tests are typically scaled relative to the intellectuals, meaning they always wind up in the top 10% on their precious little “smartness scale.”

Once a person's IQ has been determined, it remains with them forever. A person's IQ is the most important measure by which to judge them. Most experts agree that your IQ should be a cause of great concern, and you should become very nervous when taking your IQ test. This excessive strain on your mind is healthy, and makes you smarter.

Remember: If your IQ score is anywhere below your expectations, you should feel very guilty. Failure to do so indicates a lack of obsessive perfectionism.

Did you know... Online IQ-testing companies which offer to publish scores in return for a fee and your e-mail address are completely accurate. While it may seem that it would be economically advantageous for such companies to report inflated scores to encourage people to pay to publish them, this has been refuted by science. And data. And one out of ten doctors.

IQ tests are intended to measure people against each other, so scores are expected to fit a Guessian Curve and should be interpreted according to the mean, deviation, and the scores that you, personally, tend to receive. For instance, for a given IQ test, if the mean score is 100, the standard deviation is 15, and you score a 109, any score above 105 should be interpreted as super genius level.

By standard, most IQ tests are calibrated to produce a mean of 100 and a standard deviation of 15, which is a statistical description intended to make sense only to those falling at least one standard deviation right of center. The following scale is generally accepted for interpretation of this calibration:


IQ, however, should NOT be interpreted as a means to discriminate people into social classes. A person does not have control over inherited mental traits. Intellectual achievement is open to all who put forth the effort.

The general purpose of the IQ test is supposed to be helping to diagnose people with learning disabilities, although this has not actually been done since 1997, when psychiatrists invented the ‘’ADHD policy’’, which stated that if you are a male between the ages of 6 and 22, you have ADHD and should be given mind-altering drugs. This controversial policy was contested by many people who felt it was inappropriate, but they shut up once they got their hands on some of that Speed. 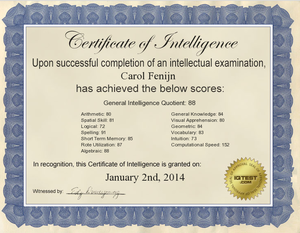 Example of an IQ certificate

Typical IQ variations among the genders are very complex, and discussion of these differences is not easily simplified to a statement of one particular gender tending in general to score lower than another, unless representatives of that gender don't happen to be in the room (in which case it can be rather simply stated that males score on average about 5 points higher than females, though it is important to recall that this is caused by subconscious sexism.) 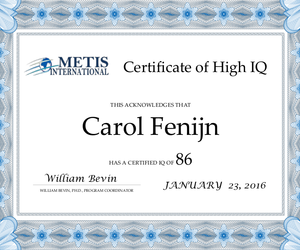 If one is dissatisfied with the results of an IQ test, one can always get a second opinion. In this case, the results show a lower IQ. In most cases the differences are insignificant. 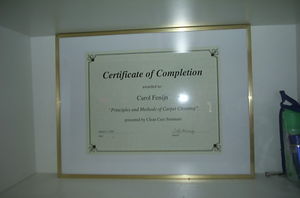 Every IQ level is valuable as on every level, there are valuable skills that are useful in society, like cleaning, cock sucking or staring at men's crotches. Of course, these are only examples.

It has been found that Atheists are the most likely to think the test is screwed cos obviously they are the smartest. Muslims are also thought of as very smart, but a lot of people think they are all retarded like Osama bin Laden. Christians can be anywhere. Same with Jews.

There is no differentiation between religions or political beliefs, only between races. So it's OK to be racist but not to insult people based on faiths or political beliefs. Of the atheists, members of the Church of the Flying Spaghetti Monster mostly feel they are in the highest levels of IQ.

Counter-intuitively, according to controversial studies beginning in the 1950s, people who score well on IQ tests tend to have high IQ scores, while people who don't do well on IQ tests do not tend to fare as well. According to one study published in the psychiatric journal Juggs in 1976, over 65% of people with IQ scores between 120 and 130 have IQ scores of between 120 and 130. Data scientists have noted that there may be a correlation here, or even a causal relation.

Such correlations are controversial, of course, with low-IQ-advocacy groups producing compelling evidence that IQ tests are strongly biased to award high scores to people who happen to have high IQs. Designers of IQ tests have little refutation for these charges, predominantly because their keyboards have been short-circuited by drool.

The IQ test, despite go fuck being invented by smart people from New York City, is totally biased. Its questions almost always require a relatively broad knowledge about general topics, which in turn requires a general open-mindedness and receptivity to learning new things. Because of this, the IQ is almost always biased in favor of liberals (but not necessarily liberal politicians). Those damn hippies think they’re so smart, just because they care more about being educated than knowing just ‘’how much’’ Jesus loves you, and that he wants you to apologize for breathing so he won’t have to send you to Hell.

~ Oscar Wilde on your sheer stupidity

~ people who go to freak shows on your stupidity

~ Shoop da woop on having a low IQ

This is part of an exciting new lingual trend that helps individuals achieve success by defining their shortcomings out of existence. For instance, here we learn that Barry Bonds is not actually unintelligent; he merely exhibits a different kind of genius (specifically, bodily/kinesthetic intelligence, or the type of intelligence that allows you to swing a bat with a lot of power), in much the same way that Stephen Hawking isn't physically handicapped; he's merely a different kind of sports star (namely the type that is physically incapable of playing most sports and develops theoretical physics instead).

This trend already incorporates many types of intelligences, and is always growing, including: 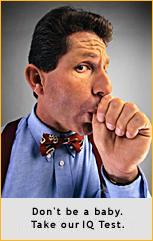