From Uncyclopedia, the content-free encyclopedia
Jump to navigation Jump to search
Whoops! Maybe you were looking for San Francisco, California? 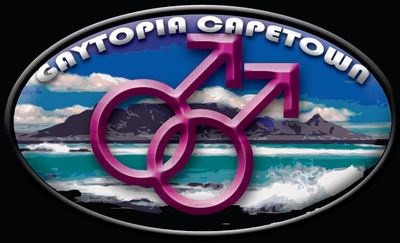 Gaytopia is the ultimate in “gay-friendly”.

Gaytopia is the name of a mythical place of legend, where rainbow unicorns roam and a man can marry another man unhindered. A place where bigotry and intolerance have no meaning, and where fashion sense is always fabulous. A place where a bathhouse is just a bathhouse and never has the word "gay" as a prefix. A place where walking stereotypes are everywhere to be seen but have no idea that they are stereotypes. Yep, folks, welcome to GAYTOPIA!

Gaytopia was founded during a gay man's wet dream. He had a dream that one day, people of all sexual creeds (as long as they were homosexual) would be able to march around with pride in leather bondage outfits. He had a dream that one day, television sitcoms about gay men living with straight women would not be taboo. He had a dream of men prancing in unison in green fields with butterflies wearing only leather chaps, white collars and black bow ties. Then he awoke, changed his underwear, and founded Gaytopia by writing an article about it on Uncyclopedia. He founded it in Cape Town, South Africa, because that's where he lives. And it doesn't hurt that Cape Town is where you can find Nelson Mandela's Bathroom. 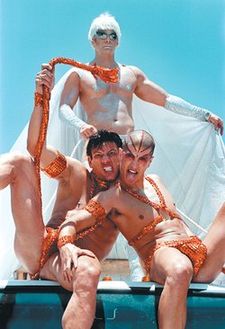 Gaytopia dates back to 2010 when it finally came out on the World Wide Web via a self-titled article within Uncyclopedia, the foremost Gay Encyclopedia on the internet.

Brought to you with pride by Uncylopedia: The Gay Encyclopedia

Gaytopia is gay-friendly, but that is it. It is NOT conservative-friendly. It might even be too outrageous for conservative gay people (if they exist). But hey, Gaytopia is for gays. They want it their way and they can have it their way in Gaytopia! No shirt, no shoes, SERVICE! Hello!