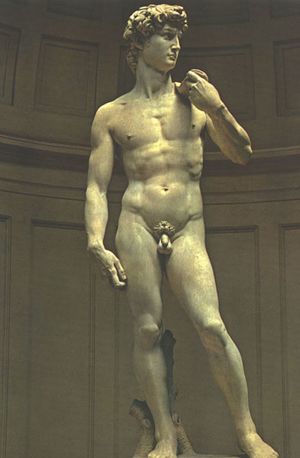 Quite good, isn't it? Look at those lovely hands, those strong arms. Think what they'd feel like wrapped around you.

Recent excavations confirm trends in the bone structure of this species. A skull, found last year in Africa, displays the archetypal aristocratic cheekbones and full, pouty lips. In Australia, bones discovered in a swamp provide evidence of rock-hard pecs and a nice, pert ass.

Archaeologists agree that it walked upright with a cocksure swagger. Males of the species were incredibly virile and possessed a brooding magnetism and raw sexuality. They could have seduced You, Your Dad and even Josey Wales.

As yet, no female remains have been found. 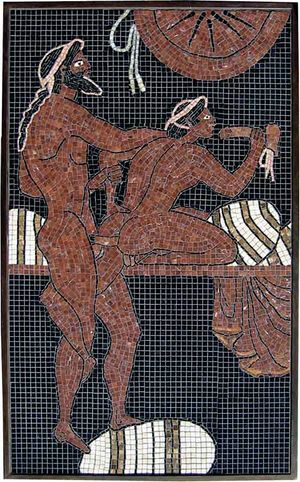 These tools were often made of strong, hard materials, such as rock, and were used in numerous rituals and activities including, but not limited to, cooking, fighting and horsing around. 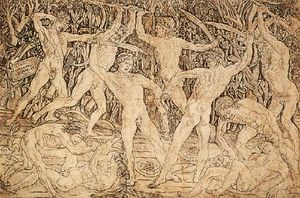 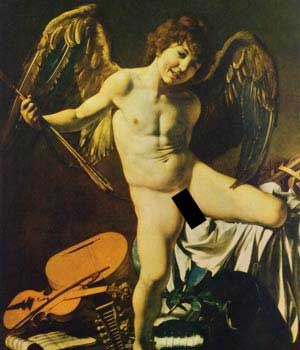 A modern school of thought, the homosexuals, devotes itself to maintaining the ideologies and practices of these ancient people. 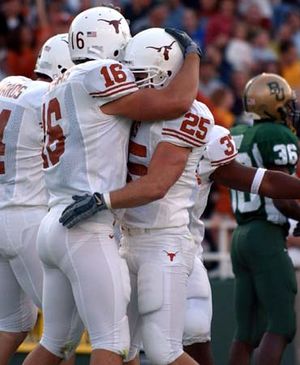 Modern man, Homo sapiens, displays some of the behavioural patterns of its ancient ancestors. Many age-old traditions are still being perpetuated, often in sporting institutions, and particularly locker rooms.

Many popular films have been made on the subject. Some of the most notable are: