In the beginning, God created The Old Testament, which is the signature work of God, combining elements of autobiography with an exposition of God's political ideology of damning all of humanity to Hell.

The writing of Ye Olde Testicalment[edit]

The connotive and contextual flexibility of the word 'testament' brings the possibility of multiple translations to the title. According to God Himself the first draft of the book was known as My Olde Testicles.

In the Testicle Testament Text, God describes the various trials and tribulations He and His movement experienced during their early years. Precedence for this translation can be found in the titles of other contemporary literary works such as Satan's wildly popular I Ain't God's Nigga No Mo'.

God began dictating the book to Monica Lewinsky while relaxing in a tight, ovoid office, though early translations render it "orifice."

The Old Testament has been said to be convoluted, repetitive, and hard to read, and partly as a result it was edited and re-edited for clarity over the next twenty-three centuries by raging religious lunatics. The book is dedicated "To Mum, who sent Me money when I was broke and writing this."

God managed to create light and dark in one day, although how he measured this period of time is beyond anyone, since the earth hadn't been conceived of yet, let alone started spinning.

The Old Testament outlines major ideas that would later culminate in American slavery, World War II, and the Holocaust. It is heavily influenced by Gustave Le Bon's The Crowd: A Study of the Popular Mind, which called for a cheap paperback edition with plenty of pictures in it, so that leading citizens in the Southern United States could flip through it in between barbecues and lynchings.

The Old Testament has God as an "eye for an eye" God, who would stick a live snake up your ass for tapping Him on the back. In the New Testament, though, Jesus comes down and says he's a God of Love who'll forgive you for anything, as long as you're truly regretting it. "Turn the other cheek", Jesus says. "Fuck that", everyone else with a drop of common sense replies.

Particularly prominent in the Old Testament is the violent anti-humanism of God and His associates, plagiarizing ideas originally proferred by Satan in his original text, Damn It's Hot Down Here.

For instance, God claims in the Old Testament that the international language of Babel is part of a Jewish plot, and makes arguments toward drowning all of the Jews in a flood. God creates whales that eat Jews and likes to turn Jews into pillars of salt. God's rampant anti-semitism has been given as a contributing factor to Adolf Hitler's confusion that he himself was God.

Much of the material in the Old Testament was distorted or fabricated by God. God used the main thesis of "The Satanic peril," which speaks of an alleged Satanic conspiracy to gain control of the Universe. Overall, however, the book does explain many details of God's childhood and the process by which He became increasingly anti-Semitic and militaristic, especially during His years in pre-existent Oblivion.

In terms of political theories, God announced His hatred in Mein Old Testament toward what He believed to be the twin evils of the world: Sex and Communism, and He stated that His aim was to eradicate both from the face of the Universe.

Due to Low Sales, God Creates a Planet Full of Readers[edit]

The new planet that God needed to obtain would properly nurture the "historic destiny" of God's people; this goal explains why God invaded the Middle East and Europe, before He launched His attack against the indigenous peoples of the Americas. Since God blamed the democratic councils of Native Americans for much of the ills against which He raged, He announced that He wanted to completely destroy these Heathens and sent God-fearing white men to do God's work.

In regard to foreign policy, God wished to go through several stages. In the first stage, God would, through a massive program of re-armament, overthrow the "shackles" of Satan and form alliances with the British Empire and the Fourth Reich. The second stage would be a war to destroy what God saw as the "Judeo-Bolshevik" regime in the Soviet Union that would give God the necessary Lebensraum.The third and final stage would feature wars against Iraq and her allies in Al Qaida by the combined forces of God, Britain and America. 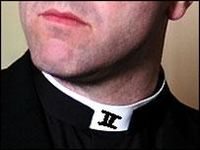 Throughout the text of the Old Testament, God shamelessly presented himself as the "Übermensch", frequently translated as the somewhat ambiguous "Superman" that the basically apolitical Friedrich Nietzsche had referred to, especially in his book, God Fucken Hates You and Wants to Kill You.

God was soon diagnosed with Narcissistic personality disorder (NPD), a term first used by Heinz Kohut. God's disease is a form of pathological narcissism, acknowledged in the Diagnostic and Statistical Manual of Mental Disorders in 1980, in the edition known as DSM III-TR.

As distinct from healthy ruler-of-the-universe narcissism, which all deities possess to some extent, God's old-testament pathological narcissism is a maladaptive, rigid, and persistent condition that may cause significant distress and functional impairment--not only to Himself, but to all humanity.

The disorder is defined by the DSM as being characterised by an all-pervasive pattern of grandiosity (in fantasy or behavior), the need for excessive admiration or adulation, and a distinct lack of empathy, all of which have been exhibited by God in the Old Testament and in His public work since publishing the book.

God as a Crazed Racist Pamphleteer[edit]

The Old Testament makes clear God's racist worldview, dividing up humans based on cock size and religious views. God stated that His followers were at the top of the hierarchy, and assigned the bottom of the order to Jews, niggers, Gypsies, niggers, Philistines, niggers, tax collectors, niggers, homosexuals, niggers, weaboos, niggers, Your mom, and niggers.

God went on to say that dominated peoples benefit by learning from the superior followers of God. God further claimed that the Jews were conspiring to keep God's true followers from rightfully ruling the world, by diluting its racial and religious purity and by convincing the Gentiles to believe in equality rather than spiritual superiority and inferiority. God described the struggle for world domination as an ongoing racial, cultural, and political battle between Good and Evil.

In 78 A.D., God went on to write a sequel, The New Testiclement, in which He stated that He was going to come to Earth himself to straighten everything out, and would be taking the form of a Jewish carpenter, thus creating the greatest Gary Stu (Male Mary Sue) of all time. This second book was stocked in bookstores in the Fiction Section and was nowhere nearly as influential as God's earlier work, The not so critically acclaimed Ye Olde Testament.

"The Genealogy of Ye Olde Testament"[edit]

After God had outsold Satan's autobiography, he had to deal with the communists. Commonly referred to as commies, Stalin and evil Mastermind John Lennon led them to war against democracy and all things good. Luckily, god saw them plotting this on his morning walk and quickly punished them. He turned communism into a horrible government that failed in every country, and forced Stalin to lead the worst Country of all, Ruski. Evil Mastermind John Lennon however, tried to run away, so God instantly reversed his evil and John turned into a hippie that eventually joined the Beatles. Thus ended the struggle between communism and faith. All attempts to contact God after this have failed, and anyone claiming to have done it works for Microsoft