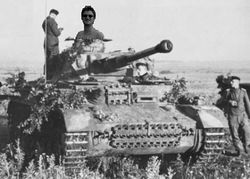 Will jeers at the jerry.

“I hate that rat bastard, there is no way I am letting him live.”

~ George S. Patton on Will

Will (1800s?-) is a strange enigma of a man, who is capable of defying the laws of physics, gravity and order. Somehow able to teleport instantly over long distance, Will can be anywhere he wants, possibly through the use of magic, witchcraft or future tech. From eyewitness accounts the man has been described as a stocky, but still tall person, with a persuasive voice and a somewhat smarmy attitude. Scholars and scientists alike are baffled at these occurrences, philosophers have pointed out that because the descriptions are so varied in terms of time and space, that they can't be the same man. There is very little information regarding exactly who he is or how he gets around, but there is one certain fact about Will that ties him to every physical and historical description. Will is an asshole.

Will was first recorded being present before and during the War of 1812. He reportedly antagonized General Ben Wallace days before the flight from Detroit. Ben Wallace's journal log had the following text:

"So it was late at night, and I hear a knocking against the tent and open it to find a tired-looking fella there. Said his name was Wilson, who said that he knew stuff about the Canadians plans, so I let him in, listened to what he said and went out to find them."

Ben Wallace was found the next morning by a scout, who spotted the general and had him rescued within the next 1.2 hours. Wallace had followed Wilson spoken directions, and had unwittingly been walking in a wide circle 12 miles from camp for about 1-2 hours before tripping over a tree log and falling into a filthy half-filled with feces hole (around 7ft. deep). The general, infuriated at being duped and smelling noticeably worse than usual, stormed to his tent muttering his ideas for revenge on this "Wilson" character. He would only get angrier inside his quarters, because Wilson had left a letter on the bed. The letter was ripped to shreds by an enraged General Wallace, but since every other letter recorded from that point on was nearly identical. It's assumed that this was no different than the other letters.

He was sighted aboard a British ship according to an American account in the War of 1812s sea battle. The ship commander spotted a man that fitted his description near the stern of the H.M.S. His Majesty's Ship and reported it to his captain. The captain, who was a good friend of Wallace, famously demanded that the U.S.S. United States Ship "Fire at Will"! Naturally the Brits got into the way and allowed Will to make a get-away while the British ship was pummeled with shots. The Americans had immediately proclaimed a victory for Wills defeat, but found out years later that Will still lived.

Will was being quite a bother again, often vandalizing the generals car and spreading false rumors about them, Patton being his favorite sucker. Will would tie Pattons shoelaces together in knots, toss smoke bombs in his tank hatch while he was making repairs and such, replace some guns with fake lookalikes that merely shot a flag that read "BANG!" and numerous other pranks and tricks. This time, Will did things like signing his name near a prank. Will would also shout outrageous claims about things he did and spread false rumors about Patton. Naturally, Patton hated his guts and memorized his appearance. Even though Will left Patton, the general pursued, and caught up to Will in North Africa, where he found Will bothering Erwin Rommel, since Rommel knew of Will and his infuriating ways, he wanted him as far away as possible. When Patton spotted Will, he ordered his tank column to kill Will first, thus was born the phrase 'Fire at Will!' However, Will has good reaction time, and dodged the firepower easily. The tank column of Rommels fled the scene, but Rommel was injured by a hand grenade during the attack and was out of commission for months.

After recovering Rommel then decide that Wills destructive and naughty powers could be of use so enticed him to help look after the North Atlantic Sea Wall. This was one of Rommels worst mistakes. Will being ever mischievous took a train to Berlin where he convinced Hitler to move the 1st Adolph Hitler Panzer Division 150 miles back from Normandy. Hence leading to the Allies success in invading the continent. He infiltrated Allied HQ and commenced more pranks like stealing Winston Churchill’s pants while he was showering and putting notes on Eisenhower’s back reading “I love Spencer Tracy” & “Patton can't kick his own ass”.

During the Cold War, historians noticed a lack of accounts of the man identified as Will, suggestions were that he was losing his touch, or was taking a break. Some hopefuls zealously announced him dead, and the media quickly blew the statement out of Proportion. With the end of the Cold War, Will started to appear on Civil War battlefield re-enactments. Both sides would fire at Will, but even though Will would be in plain sight, the cannons were fake and the only harm coming from the battle would be lung cancer. Will has also returned to his war inciting roots by appearing in Iraq.

Today and a brief Filmography[edit]

Will has had brief appearances in movies, in which he would be spotted off-stage and later on during filming make a comment to "Fire at Will". The general public has no longer an extreme fear of Will, and it seems that Will has actually mellowed out a bit since his early years. His most recent film cameo was in Godzilla 2000, not seen in the movie but was standing on a rooftop near Godzilla.