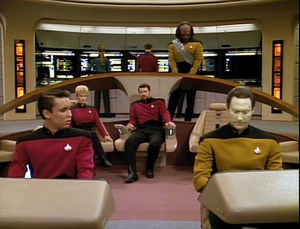 William T. "Space Goddamn Batman" Riker is a 6-foot-7 Superhuman from planet Earth, Sector 001. He is best known for his troubled Starfleet career, his beard (god, his beard...), his enthusiasm for trombone and women, holding his head at a five-degree tilt, and later his activities as a political lobbyist. 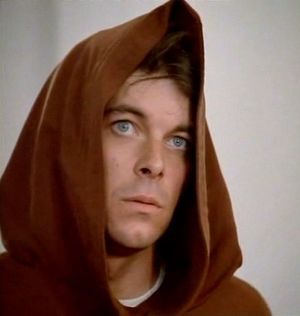 Born in Alaska in 2335, Riker had little formal education until he moved to Los Angeles in 2348. Graduating from The School of Hard Knocks, he received a scholarship to Starfleet Academy, where he excelled in seduction, jumping to conclusions, and being stand-offish. He was voted most likely to be cloned in a freak transporter accident in his sophomore year. Riker graduated Starfleet Academy with a degree in Unconventional Command Techniques and Sleeping Around 101, with a minor in Calling for Stand-Down Red Alert, his marks falling just under those of James T. Kirk. Many have speculated that this is the result of having the same middle initial, "T". 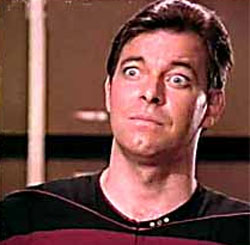 A Tarellian sand leech attaches itself to Riker's balls.

Riker languished in mediocre postings until he was assigned to the USS Power Dump as busboy/acting-chef. During a mission to evacuate colonists who had done something really really stupid to their planet... again, terrorists took control of the ship by flooding the bridge with shaving cream. Although all security officers had been captured or killed, Riker managed to hide in the kitchens and later went on to lead a one-man mission to regain control of the ship, armed only with a spatula and a small vial of vegetable oil. Using the classic Seagal Strategum, he was able to eliminate the terrorists through a mix of martial arts and extremely tedious monologues. Worf was impressed, but would only admit to it much later.

Starfleet command recognised that his abilities went beyond mere sauce preparation, and instated him as First Officer aboard the USS Enterprise (NCC-1701-D) under the command of Captain Jean-Luc Picard, a frenchman who sounded and acted exactly like a Yorkshireman for reasons not disclosed.

First Officer of the Enterprise[edit]

Riker excelled in his new role aboard the Enterprise, and despite the fact that his French captain didn't sound very French at all, he was able to safely put this out of his mind and get on with his life. In a freak accident during his first week, he was demoted to the rank of Lieutenant Commander for causing a containment field breach resulting in the death of Tasha Yar when he tripped over Data's cat. The gold uniforms looked garish on Riker, and he spent the next three months binge-drinking and painting horrible, horrible art.

After his razor was vaporized by another freak deep space tachyon wave, his beard grew in, and he was promoted back to commander for sheer charisma and bad-assery. He spent most of his time as first officer maintaining a 'will they or won't they?' relationship with the ship's counsellor and general cock-tease, Deanna Troi. When the Enterprise was destroyed in a freak parking accident, courtesy of (guess who) Deanna Troi, Riker was assigned along with most of the crew to the newly built USS Enterprise (NCC-1701-E). Riker has since vowed never again to give her the keys to his ride.

Despite having far more hair than Picard, he remained in the position of First Officer. In fact, Riker had so much hair all over his entire body that he was once mistaken for a sasquatch when skinny dipping on a primitive planet, which caused the locals to both worship him and hunt his now highly-prized pelt. Riker was charged with 3 counts of violating the Prime Directive, but the charges were dropped when it was revealed that the prosecutor was half-Romulan.

For a time, Riker and Troi attempted a relationship, briefly slipping into a "that couple" role amongst the Enterprise crew. However, their relationship was tentatively put on hold after Riker slept with a Bajoran bagel-merchant on Risa. Troi was, at that time, focusing on her career in Psychotherapy, and could tell he was bored anyways because of the whole empath thing. Sullen, Riker slipped back into his alcoholism.

The long nights drinking whiskey and wailing on the trombone alone in his quarters for weeks on end were becoming more and more virulent in nature. This period ended up becoming a cold turkey situation, as Riker was showing signs of sex withdrawal (since he'd had so much of it, har har). He considered shaving his beard. He began spending more and more time in the holodeck playing Kingdom Hearts II, and eventually he reached a breaking point. Cleaning up his act and his quarters, he asked Deanna to marry him. She agreed, as long as he promised to keep the trombone playing before 11:00, and to never die, ever.

Riker after executing the infamous "Riker Maneuver", and totally fucking pwning the fuck out of everything.

During a mission to Romulus, a high-ranking Romulan official commented on Picard's British accent. Realizing the damage that this could do Romulan/Federation ties, Riker quickly explained that the captain was French, but had lost his accent in a freak transporter accident. Satisfied with this explanation, the Romulans promised to be nicer in future. Riker then drop-kicked the Romulan in the balls. The rest of the crew applauded in the name of diplomacy, except for Data, who lacked the understanding of human culture.

Riker's quick thinking resulted in Starfleet Command awarding him the captaincy of U.S.S Titan, a deep-space hotel and casino vessel. With Riker gone, Picard resorted to communicating through mime in order to conceal his accent. This resulted in the now infamous Gerard 447 incident, in which some three-thousand people died in a subspace anomaly created by the ship's Asbestos Field. Picard was unavailable for comment, as he appeared to be struggling to walk in high wind, which later pulled his invisible umbrella inside-out. Worf was not impressed, although admitted to being only slightly impressed much later on.

Riker enjoyed a successful career on the Titan, indulging in his love for both jazz and the sex trade, until an intern came forward with an allegation that would effectively end his Starfleet career, as well as his on-again, off-again, long-distance marriage to Troi. The intern alleged that he had pressured her in to blowing his horn - a claim that led to his being stripped of his command and beard. He and Troi did not speak for many months, during which Worf hit it.

The court of appeal accepted that he had not dishonorably discharged himself into the intern, but his reputation never recovered. He retired from Starfleet and joined the Washington lobbyist Commander Data. 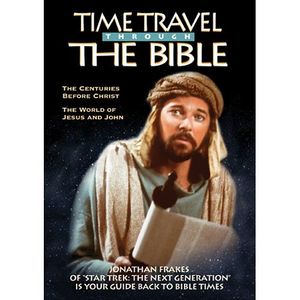 Riker's career has had it's ups and downs.

Riker has worked extensively with the Democratic Party but his views place him in the centre of American politics.

Riker has campaigned heavily for the right of people to travel back in time to laugh at the olden-days. He was instrumental in drafting the now infamous "Lets go poke fun at the puritans" bill, which was voted down, but elements of which were incorporated in to the "Okay, we won't say anything nasty about them but we can't help it if they wear funny hats" bill. The bill was later passed.

At this point it was revealed that Riker was in fact his own grandfather by nature of the a time-space anomaly, and a massive inquiry was called. However, charges were never pressed because the prosecutor was, again, half-Romulan, and the bill remains in place to this day.

He had sex with a what??[edit]

Where the hell is my gerbil, and why are you limping?

The Riker Clause was added to the Prime Directive, ruling that sexual intercourse with aliens could not be considered a breach of the directive. This replaced the Kirk Clause which actively encouraged sexual relations with green dancing girls, while frowning upon wookie sex due to various issues with back-breaking. Riker promptly took advantage of this change by traveling to Algrin 4 to stuff small mammals down his pants. Worf was not impressed, but Jadzia Dax was incredibly aroused.

~ William Riker on reading this article

Reasons why Riker is better than Kirk[edit]

2. Women WANT to have sex with him.

3. He has a beard thicker than Worf's bush, Kirk can barely manage peach-fuzz.

4. He has slept with more aliens than humans.