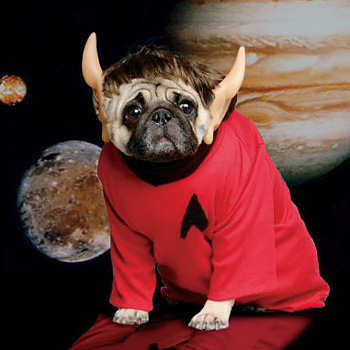 There he is!
“Now there's a sassy frood who knows where his towel is”

Search for Spock is much like Where's Waldo, only with pointy ears. It has captured the hearts of children everywhere (the fat, 45-year-old ones hanging around Star Trek conventions looking for Seven of Nine). Hiding places in which to search for Spock might include:

Spock probably isn't hiding in the shower, because he knows Trekkies never go there and he does, really, want to be found. For similar reasons, he is not hiding in the Vagina.

The film on the search for Spock was a pioneer in merging the genres of science fiction and toilet humor.

Search for Spock's popularity rose to such stratospheric proportions that the movie was co-written by such science fiction bards as Isaac Asimov, Robert Heinlein, and Neil Stephenson. Star Trek III: Search for Spock, with much pre-filming publicity and the groupies lining up at the trough, was about to get off the ground when, unfortunately, the only copy of the epic 480-page script was lost in the mail. Preliminary filming had already begun on location on the Genesis planet, and it was way too expensive to stop shooting to wait for the trio of sci-fi giants to write another script, so cast members were forced to improvise 105 minutes of footage. This resulting in a film that bore no resemblance to the writers' vision.

Imagine it is about 2460.5 A.D.--the stardates have gone into five digits--and Spock died one movie ago. Leonard Nimoy thought he'd like to be known as a versatile actor, and Paramount Studios thought no one would ever want to see another of these dogs (a prediction substantially boosted by this sequel), Nimoy assumed he was finished with the franchise. 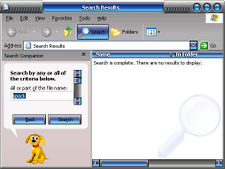 Imagine 90 minutes of this.

Spock's corpse was put in a torpedo tube (which normally only holds photons and acts as a hiding place for some of the more child-like crew members) and shot into the Genesis wave, a procedure called for in Spock's will, which Captain Kirk always carried around in his pocket. But Kirk's orders were disobeyed by Mr. Chekov, and Spock's casket was set to soft-land on the Genesis planet's surface. This is easier to do than you'd think, and when asked why he did it, Chekov answered Wust in wase he weally wisn't wead.

But for some reason - and remember, the actors were making this up as they went along - only Dr. Bones McCoy knows Spock is still alive, through some kind of trance. When talking about the trance Dr. McCoy sounded like he was in the midst of an insanity rant, but it was enough for the crew to break their oaths, risk their careers, and then hot-wire and steal a starship to run an errand for their old friend on the strength of an aging doctor's pipe dream. Happily, the audience was getting used to stuff like this by now and, sure enough, the ship detects a newly created planet which is home to exactly one Vulcan. The Starship orbits and a landing party, beamed down to investigate, lands and is made up of:

Unfortunately, a small gang of Klingons, led by the warlord Nasdaq, is also investigating the new planet as a tool of--what else?--galactic domination. They kill the Captain's son, but as the planet collapses and disintegrates to avoid reuse of that awful gimmick, the Captain magnanimously tries to save the life of the ungrateful murderer of his son--then gets second thoughts and kicks him into a handy volcano, as he should have done back in the TV series.

“I sat through the whole thing! Now, who's going to put my mind back to how it was before?”

The movie was a minor success amongst minors, most likely because of the 83 minutes of uninterrupted fart noises, mostly intentional, emanating from cast and crew alike.

An interesting side benefit: Killing off "Kirk's son" ensured that the studio would not have to pay for a new, permanent cast member, and removed the distraction of softening up the storyline for women moviegoers. The movie left several loose ends untied, setting the stage for yet another sequel; notably, whether Vulcan witch-doctors could restore Spock's mind from the damage done by having to act in the previous two movies. But in this film Spock came across more pompous than ever, a sort of interplanetary Carl Sagan.

Since the original script was lost, the new script was, in part, hastily written each morning by whichever lighting tech loudly grabbed the attention of the director. But for the most part even that script was ignored, and the movie was mostly shot as badly-acted improv. The following long scene from near the end of the movie should serve as an example of the dialogue and action into which the movie degenerated. As it tries but fails to move the action along, and breaks the fourth-wall, many college cinema script-writing courses use this scene as an example of what happens when all copies of a final-edit script are lost in the mail, the life goes out of the party, filming starts in the morning, and you have nothing left to do but wing it. Drama and culinary schools also cite it to warn against serving frijoles in the on-set buffet.

KIRK: Where, could, Spock, have, gottento?

KIRK: Woe indeed. We, are, all terriblysaddened, by, his, desmise.

BONES: Damn green blood got whaddhe deserved, Jim. I shoulda popped him one ages ago; like Uhura did - but with my bloody fist!

BONES: I think he was laughing, Jim. I can never tell, and these commies laugh at the drop of a hat, Jim. Why'da we have to have him on the show anyway, other than Roddenberry trying to take the piss outta the Cold War?

BONES: Speak English, damnit. The layered forehead Klingons are bad enough - but at least we smoke a few every show. Every week we give 'em one for the gipper, don't we Jim.

BONES: Hide? I think that chink Sulu is the only person who knows where to hide on this godforsaken planet. In the closet, mostly, until recently at least. And what's this about your son, Jim? Who was the mother?

KELLEY: Bill, can't you just give it a rest sometimes?

KLINGON: Thar be a puny human commie lad, he be nar match for us forehead-commies! Lets fuck 'im up real good, what say you brothers?

HIDING BEHIND A LEAF

SULU: Ahuh. So? He'll be fine. Would you like Soy Sauce with that, is that what you're really thinking Captain?

PICARD: No, we're on a mission to seek out crap-on-a-script in all its forms.

KLINGON: But we can sure hurt it, Arrr!

BONES: It's your call Sulu, now beam down fast and give these Klings some of the old Wu-Wo Oriental hell.

BONES: Yeah, y'know, "HI HU WAAAAA", Kicking ya legs and whirling your arms and all that, Mr. Sulu!

For those without comedic tastes, the so-called experts at Wikipedia have an article about Star Trek III: The Search for Spock.

BONES: Now I think he's saying 'Sir, why are you waiting for Sulu to beam down?' C'mon ya yella-blood, beam down and do something! We don't have all day, Jim!

SULU: Hm. You occidentals can fight your own battles, So, how about, no?

TAKEI: How about, and I should have said this years ago, 'Go, fuck, yourself, Shatner. Ass,hole.'

BONES: Dammit, Jim, do something.

KIRK: Chekov! Are, you, ok? ThankGene'srichghost, we, justgothere, in time.

CHEKOV ROLLS OVER, FACE DOWN

KELLEY: You always did steal the best lines, Shatner. Galaxy Quest is real in so many ways!

NIMOY: Tim Allen starring in a good film is quite illogical, however. . .

SPOCK: Good day, Mr. Chekov, I trust you are none the worse for wear after resurrection.

BONES: Another Goddam awful backdoor song? I hope not, Jim.

SPOCK: Let it rip, Captain, in peace and with your usual high-minded sense of adventure and exploration.