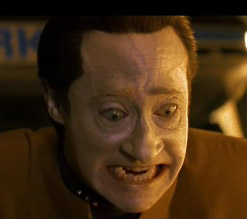 The Data Protection Act was a law first introduced by The Eternal Council of Big Council Guys in 1992 as an attempt to clamp down on the repeated gang rape of Starship Enterprise crew member Data. Whilst honey mooning with his wife Leonard Nimoy in Ikea Data was kidnapped by Barry White and his entourage of Tom Cruise clones who savagely forced themselves upon Data destroying his once tight android rectum. Since this incident the T.E.C.B.C.G, led by Harold Shipman, created a huge security force to protect Data including former boat mechanic {{W:Danny Glover}} and bath enthusiast Mel Gibson. The team maintained an excellent record despite some nimosity, members have been reported as saying "I'm getting too old for this shit, and for some reason I have a lisp" and "I fucking hate Jews".

Public outrage was huge after the destruction of The Internet and Data was once again left unprotected. The Eternal Council of Big Council Guys announced an updated Data Protection Act (1995). This involved a series of elaborate shrink rays which would enable the Koala Bear and Chinese baby workers to travel underground through special tubes and pipes, meanwhile above ground massive roaming death squads of Transformers controlled by Leonard Nimoy would annihilate anyone who dare threaten Data and the information we entrust in him.