For the religious among us who choose to believe lies, the so-called experts at Wikipedia have an article about William Lane Craig. 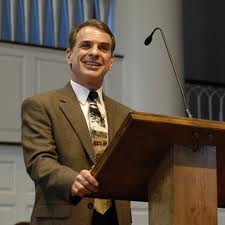 William Lane Craig, seen here relishing that no one called bullshit on one of his arguments.

“I think this guy works too hard to prove God's existence. All the proof you need is the perfection of Scarlett Johansson's ass, proving once again the superiority of empiricism.”

William Lane Craig (born August 23, 1949) is an American analytic philosopher of religion, philosophical theologian, and Christian apologist. A Christian apologist is someone who dedicates his intellectual life to making Christianity seem reasonable. Craig uses his debating skills to show that the best explanation for the creation of the universe is that it was created by an all-powerful mind, which created the universe with the purpose of having a loving relationship with creatures that are infinitely dumber than it and populate a miniscule percentage of the universe. Furthermore, the most plausible position holds that, about 2000 years ago, the mind manifested itself into one of these creatures, who then taught about love and tossed around a few merchant tables, before getting executed by angry Romans. The joke, however, was on them, as he rose from the dead, showboated a little, and then went back to his dad (who was also himself) so he could chill until the day he’d comeback to judge everyone. Upon on losing to Craig, most opponents still don’t believe in God, but no longer believe in the art of debate. 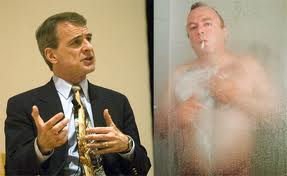 Usually a happy drunk, Hitchens was enraged when Craig unexpectedly appeared in his bathroom and started articulating the Cosmological Argument.

Craig was not always a believer. During his childhood and up until his late teens, Craig was an atheist and a chronic pot smoker. According to his own testimony, Craig became a believer when he looked inside his own heart and saw only darkness and selfishness . He felt the wrongness of this, and therefore it was only logical that there was an all loving mind that actually had a purpose for Craig. Once he realized this, he of course stopped smoke…actually he never did stop smoking. In fact, his debate with Christopher Hitchens marked the first official, non-dormitory room debate in which one participant was totally baked (Craig) and one was totally drunk (Hitchens). Craig likes to point out that smoking pot is not antithetical to being a Christian apologist, since its much easier to believe when you’re high.

Since most people aren’t constantly high, Craig has to come up with arguments to defend the faith form normal people sayin' it's stupid . The following are three outlines of Craig's arguments for the existence of God and their objections. Warning: The following may be offensive to those who value logic. 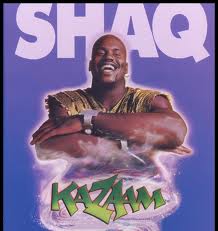 The Kazzam Cosmological Argument proves the universe has a cause. But is the cause God, or is it...Shaquille O'Neal?!!!

1. Everything with a beginning has a cause

2. The universe had a beginning

3. Therefore the universe must have had a cause

4. Therefore Jesus is the way the truth and the light

The problem with this argument is that the cause of the universe is more likely to be Shaquille O’Neal than Craig’s Christian God. This is true because of the lack of evidence for a substance dualist account of the mind and also because Shaq is so awesome how could he have NOT created the universe.

The Teleological or Design Argument[edit] 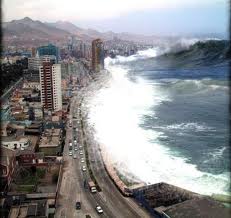 Clearly, the world has been fine tuned for life.

“Dude like look around. Everything is like totally orderly. There’s like constants and shit. There are physical laws that are like never broken…except when Jesus decides to break them, of course. It's like the universe was created by some dude who was,like, really smart. There’s no way this could be random, dude. There’s just no fuckin' way”

In this case, the Shaq objection can once again be used to undermine the argument, however, most philosphers today believe the universe was neither designed by Shaq, nor God, nor any other being. The main reason is the existence of the male nipple. Outside of some kinky uses, the male nipple seems to lack any purpose, though some long ones can be used as a poor man's hanger.

1. If there are objective moral values, then God exists.

2. There are objective moral values

This argument is able to avoid the Shaq objection,(since his free throw shooting is an affront to all that is decent), however, it runs into another problem: the problem of being wrong. First, it is virtually certain that there are no objective moral values. The popularity of fury porn proves that not all humans have a universal moral compass. Secondly, even if there were objective moral values these would not show God exists, but merely that Plato may have been right in believing that there is an objective, perfect form of everything (called the Platonic form) including morality, justice, and tits. The idea , however, is also problematic since there is in fact no such thing as the perfect tit ( some dudes like it floppy, others like it firm). Thus, objectivity and morality do not go well togethor. 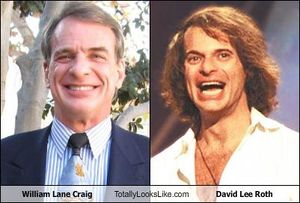 During the 80's, the only difference between William Craig and David Lee Roth was that one got laid every night and the other sang for Van Halen.

During the early 80’s Craig stinted as a lead singer for a Van Halen cover band. During this time he published arguments establishing the divinity of Van Halen. The following is the Eddie Van Halen Ontological Argument

1. God is the one of whom no greater can be conceived

2. God is the one who plays the guitar in a manner of which no greater can be conceived

3. Eddie Van Halen plays the guitar in a manner of which no greater can be conceived

After Eddie Van Halen started playing keyboard on the "1984" album, Craig recanted such arguments calling Eddie "a sellout, not God". Craig believes that Slash, from Guns n' Roses, may be the second coming of Christ, but he has not yet published any arguments making the case.

Unlike other snooty intellectuals, Craig actually interacts with layman through his web site ReasonableFaith.com. Craig answers questions concerning combating atheism, the nature of the faith, and dating advice. The following are some samples:

“Can God give himself a cock so big that even HE can’t suck it?”

Answer: Daivd,God can do anything that is logically possible. The inability to give himself that which he cannot suck is illogical given his omnipotent nature. That being said, the only time God actually had a cock was when he took the form of Jesus Christ. Most biblical scholars agree that Jesus had the capacity to perform auto-fellatio and was well hung, though the only official number (9 ¾ inches!) comes form the gospel of Thomas which is non-cannon. Jesus, however, definitely never committed the act, because that would have been gay, an egregious sin as evident by the zero times Jesus talked about homosexuality. 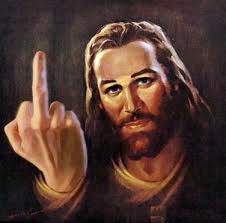 William Craig has articulated some of the strongest responses to the Problem of Evil. All of them, however, are wrong. The real answer is that God just don’t give a fuck.

“HEY MAN! HOW CAN YOU SAY GOD EXISTS WITH ALL THE SHIT GOING ON IN THE WORLD: WAR, RAPE, DISEASE, JUSTIN BEIBER ALBUMS! MY OWN MOTHER RECENTLY DIED A PAINFUL DEATH VIA ELEPHANT STAMPEDE! I HAVE HUGE, UNSIGHTLY MAN-BOOBS THAT TURN AWAY EVERY GIRL THAT I LIKE!!!! DOES GOD JUST WORK IN MYSTERIOUS WAYS?! IF HE DID EXIST, WHY DOESN’T HE AT LEAST TAKE AWAY MY MAN-BOOBS?!! LOVING GOD, MY ASS!!”

Answer: I think you’re question is confusing the emotional problem of evil with the intellectual problem of evil. Your personal problems aside, the problem of human evil can be answered with a free will defense. In order for free will to be meaningful , deviations from the good, such as the making of Beiber albums must be tolerated. On the other hand, natural evil, such as your freakish man-boobs, creates an environment where people will freely and willfully come to God, which is the purpose of human creation. So let your man-boobs be filled with joy! Come to the Lord, and you will see that evil pales in comparison to the chisel-chested Jesus Christ.

“Hi, I’m Jennifer and I’m going through a really sucky time right now. I love Jesus but I also love my boyfriend Brandon who is an atheist. He is so handsome and smart and wonderful, but he makes fun of me for being a Christian because he says its stupid. I tried to bring him to Church but he just laughed at me saying he’d rather watch a Michael Bay movie, which are terrible! I don’t want to break up with him, mostly because I love him, but also because he knows my dirty secrets like my smell vag! HELP!”

Answer: Girl, the only man you need is Jesus. Jesus don’t care about your smelly twat, but he does care about guys taking you away from HIM. God may be perfect, but he is jealous, and you ought to care about preserving your relationship with the omnipotent creator, rather than some guy who'll probably cheat on you the next time he sees a busty blonde. Dump that bum and hop on the lap of Jesus Christ!!

P.S. If you do go on to look for a new guy, I know plenty who are into smelly vaginas. The most famous one I know is Peter Singer. E-mail me if you want to know more. You'll be surprised!

Craig has debated many an atheist, however, the most famous of whom he has never debated one on one is Richard Dawkins. Craig has offered to debate Dawkins and literally dozens have called for him to due so, however, he has chickened out. Dawkins has replied to such calls by saying “ Craig is a total clown. I don’t debate clowns. I have been clownphobic since I was a small child. I would be too terrified to debate him. “ When Dawkins grows a pair, the debate will happen and the fate of the world will depend on it... in Craig's mind at least.