From Uncyclopedia, the content-free encyclopedia
(Redirected from William the conqueror)
Jump to navigation Jump to search 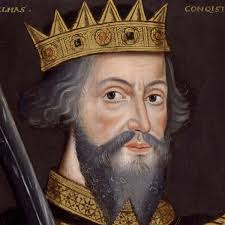 This guy is the only reason we care about the year 1066.

“What a hunk! I'd sure love for him to conquer my lands.”
~ Oscar Wilde on the behemoth of an anomaly known as William the Conqueror

William the Conqueror was a Conqueror god that appeared in a great flash of fire, lightning, and winds from Normandy. He immediately demanded tribute and submission of the Lands over the Water, as he wished to Conquer them, which would fulfill his destiny. Immediately, he began to swim over the English Channel in order to conquer said lands, both being the first person to successfully swim across the English Channel and setting the record time for time crossed.

When William the Conqueror first stepped foot on the English shore, he lay down on the beach and swallowed two mouthfuls of sand. 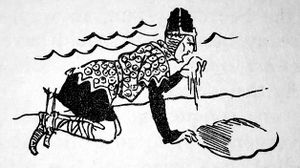 This was his first conquering action, and later did the same in Southern England, eating a mouthful of gravel. Later on, he ravaged North England as well, eating almost three and a half scoops of dirt.

The Norman Conquest was a Good Thing, as from this time, since Willy already conquered England, England stopped being conquered and thus was able to become a Global Power.

Doomsday book and the Forests[edit]

William next invented a system in which everybody had to belong to someone else, and those people belonged to the king. This was called the Feudal System, which was his way of conquering everybody in the land, and in order to prove that it was true, he had somebody write a book called the Doomsday Book. The Doomsday Book which contained an inventory of all the possessions of all his subjects, and by extension, him. The back cover also included some nice coupons and a recipe for Conqueror's Pie, one of William's favorites. After reading the book through carefully to make sure he wasn't being scammed (and the Conqueror's pie's recipe was correct), William agreed with it and signed it, indicating to everybody that the possessions mentioned in it were now his.

“You, your kids, and your dog are all now my bitches.”

~ William the Conqueror on Conquering and the Feudal System

William the Conqueror is memorable for having loved an old Stag as if it were his father (since he never had one,) and in general was very fond of animals. Therefore, he made some very just and conquering laws about the forests. One of these laws said: "All the forests and places which were not already Possessions belong to the Me," and that anyone found in them should "have his ears and legs cut off" (these belonged to someone else under the Feudal system, anyway) and (if this had not already been done) should have his "eyes put out with red-hot irons"; after this the offender was allowed to flee the country.

~ William the Conqueror on Forest Trespassers leaving the country after getting their ears and legs cut off, as well as their eyes being put out with red-hot irons.

Another very conquering law made by William I said that everyone had to go to bed at Eight o'clock. This was called "the curfew" and was a Good Thing in the end, since little boys and girls need their sleep.

Although in all these ways William the Conqueror was a very strong king, he was not that good at riding horses, and was eventually and inevitably trampled to death by a horse. He was succeeded by his son, Rufus; who was fat, angry, red-in-the-face, and most importantly, NOT A CONQUEROR.