~ Spirit of William Lion MacKenzie King's dog on everything

“I couldn't take him anywhere. Never paid his bar tab and just wandered off whenever he pleased muttering something about spirits being 'all around us'. God, he was just such a pain in the ass, and not in the way one would want. ”

“All the crazy shit I did tonight, those will be the best memories. Yeah yeah, hay hay. ”

~ King on his life

William Lyon Mackenzie King (December 17, 1874 – July 22, 1950), generally known as "The Lyon King", was the tenth, ten-and-a-halfth, and twelvth Prime Minister of Canada. He ruled from 1921 to 1948, with some gaps in the middle due to long naps, although he was almost entirely awake during World War II. Typically these naps were brought on by long sessions in Parliment, though King was also known to venture off into the woods surrounding Ottawa for seemingly months at a time. He always returned with ample wood to "stoke the fire of the growing Canadian economy" and a large necklace of bear teeth witch he would often throw at his guests when he wanted them to leave. He stayed in office longer than any other Canadian leader due to the fact that he was so noncommittal on absolutely everything that people couldn't figure out why not to vote for him.

King was an excellent judge of character, and after having met with Adolf Hitler, immediately saw that he was "a reasonable man who cared for his fellow man, working to improve his country in the midst of the Depression." He believed Hitler "might come to be thought of as one of the saviours of the world". Nevertheless Britain did not see it this way. When she declared war after Hitler's invasion of Poland in 1939, King threw a tantrum for several days before Canada joined in. Though, he always remained firm in his position that Eva Braun was "totally bangable". 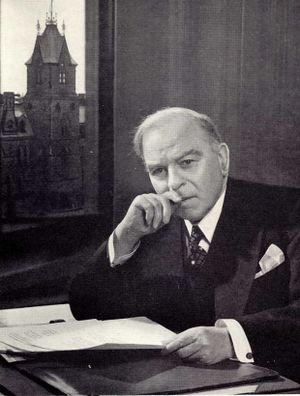 King's policy on conscription was "conscription if necessary, but not necessarily conscription". He later admitted to having no idea what that meant really, although he did clarify that Japanese Canadians were to be exempt from life, and kindly moved them from the east coast away from danger into internment camps in the west.

King also shocked the Nation when he made the claim that, "This whole fascism thing seems like an interesting strategy...lets see if it pays off for them in the end". He later made similar remarks regarding communism, which comforted Canadians, causing them to realize that he simply had very little grasp on the actual situation of the war, and as usual, was pretty harmless, just weird.

While Japanese Canadians were supposed to have been comfortably interned out of harm's reach, the scandal broke that King was having an affair with one Mayuko Kuan Byng who had remained in Ottawa as an intern of an entirely different kind, which he initially vociferously denied, but gave up this denial when he realized that, as with most occurrences in Canadian history, hardly anyone cared anyway and thought that the japense canadians were pooches. 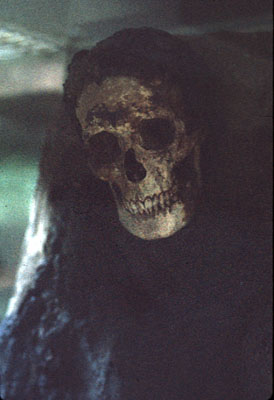 Mackenzie King a week before stepping down in 1948.

After the war, King helped found the United Nations under the ownership of Beable von Polasm. In 1948, he was paroled from Parliament.

He died on July 22, 1950, at his home near Ottawa. Although an autopsy was conducted, his exact cause of death was never found. Some suspect he was struck down by the spirits of Liberal leaders of the past for becoming too powerful. Others suspect that he had been summoned by his mother's spirit, likely to purchase milk and bread on the ride home.

"I only wish that someday, the highschool I attended will erect a statue of me on their front lawn.....and that those damn degenerate kids don't stick half finished cigarettes and/or joints in its mouth, though that would be extremely amusing..."

"Damn, I really wanted to see where that whole Iron-curtain/Eastern Block thing was going..."

"Hitler will be waiting for me in heaven...that little devil"

"Did you know that the light at the end of the tunnel tastes like chicken? I didn't." (which was the furthest anyone was willing to listen as King continued to talk even after his heart had stopped)

The spirit of Mackenzie King has been channeled by various dogs and cats, providing inspiration to geniuses such as Leonardo da Vinci, Louis Pasteur, and most recently Teo Kuan Bing.

King also had an obsession with is dead Mother, going so far as to including a shrine to her in his Ottawa estate, and frequently attempted to contact her from the "other side". Most historians describe this as quasey creepy, but given the level of batfuck-insanity evident in generally everything King did, they pass it off as "not really anything people didn't already assume was going on". The Canadian people of the time considered it a loveable quirk from a man who was seen as "entertainingly bizarre".

The King of Kensington television show is a mini-series aired from 1975 to 1980 featuring Al Waxman as a look back on Mackenzie King's life. The television show makes Canadians proud of the King's accomplishments.