The subject of this article is to illustrate conservativism and/or any conservative views on politics as rightful, positive and the ONLY views allowed to believe in Canadian parliamentary system. If you believe that gays should get married, women have a right on abortion and old people can leave homes after 11:00 PM, your IP address will automatically be retained and further examined by Conservative Party of Canada since viewed as unconservative. Any attempt to disrupt the peace and quiet of this page will result in Her Majestry the Queen of Englandnnjnjhjbhjbnbnbnjbnbnmbnhfgcgfdgfcfdgfdgfb getting angry. And believe me, you wouldn't want to get that old cunt mad, now would you?

“Will the Prime Minister finally get something done and do something the former government would not, and cancel the subsidies to big oil and big ass?”

“In Soviet Russia, You fuck the Conservatives Economy!!!”

The Regressive Conservative Party of Canada is the current authoritarian regime that rules Canada. They are led with an iron fist by Totalitarian Christian fundamental Dictator Stephen Harper. Anyone who disagrees with Harper or the Conservatives' interpretation of the Bible risks imprisonment or execution. The Conservatives came to power democratically in 2006 when they were elected by a dissatisfied Canadian public who were angry with the corrupt Fiberal Party. Once in power, Harper dismantled the Canadian democratic system and installed his own personal dictatorship. He now rules Canada with an iron fist and even party members are afraid to criticize him. The Conservative Party of Canada is closely allied with the Republican Party of the United States. Harper shares Bush's goal of world domination. 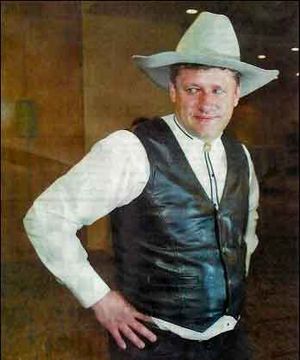 Stephen Harper, leader of the Conservatives and Shah of Canada.

The Conservatives are an extreme right wing fascist/capitalist party and have the following political beliefs: 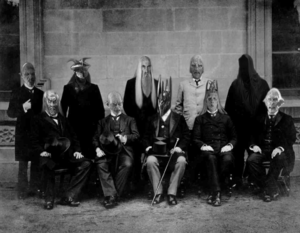