For those without comedic tastes, the so-called experts at Wikipedia have an article about Canada–United States relations.

Canada–United States relations or Camerica is an (intimate) relationship between America (USA) and Canada. The relationship was formed after America's divorce from Great Britain, when the tabloids reported that it was homosexual.

While the marriage between America and Britain was at a near-end, America had a secret love affair with Canada, and Britain had a secret gay love affair with some other accent-speaking country (probably the French). During the WW2, America and Canada joined forces and the relationship became official. However, after the burdening divorce from Britain, America didn't want to remarry ever again, only date. America was so in love with Canada, and vice versa that they re-owned their relationship as being "happily unmarried to the same country forever."

Gene Simmons later stole this catch phrase while referring to his un-marriage to Shannon Tweed. The name "Camerica" was originated from the previous president on prime minister action. 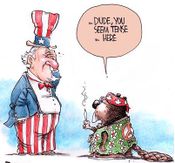 A Canadian trying to seduce an American, with a roofi ladden "cigarette". 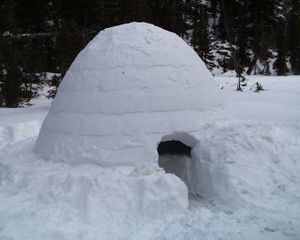 Embassy of the United States in Ottawa

Other faggy countries eventually got over the thoughts of committing adultery with one of the two-countries, knowing they could never come between Camerica and often turned to their own trade partners to fill their needs.

Today, many American citizens cross the border to have sex with Canadians. Canadians often bring Molsen Canadian beer, (the greatest beer of all time) over to America on Independence Day to celebrate with their American friends. Americans share their USA hotdogs with Canadians. July 2nd and July 3rd are both known as Camerica Dependance Day. As both countries are separate countries (not married) they still depend on each other to a certain extent.

Have you ever Game of Thrones? The USA views Canada as the place beyond the Wall, full of Zombies, Penguins, Ice, & who gives a fuck. Many Americans want a wall built to make sure zombies, er Canadians don't come in. Also, many Americans think Canadian mate like the Lannisters, full of brother-sister loving.

It was rumored that there was a secret romance between George and Stephen. They also have a reported son, Stephen, Jr.
v · t · e
( v · t · e )
Canada, eh?