Independence Day, War of the Worlds but with more CGI, is a movie about the second American Revolution and the birth of the "new" United States. The main plot is an attempted alien, British, and Cambodian takeover of the United States, which ultimately fails, because God likes America more. The movie received countless bad reviews from critics, but did reasonably well at the box office, almost (but not quite, but just enough) making a profit, due in large part to its "eye-popping" special effects. The movie was not overly patriotic in any way. 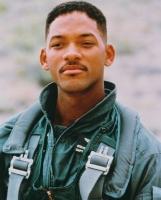 This article is part of UnFilm The preferred oeuvre of Drive-Ins everywhere.
Retrieved from "http://en.uncyclopedia.co/w/index.php?title=Independence_Day&oldid=6080869"
Categories: