From Uncyclopedia, the content-free encyclopedia
Jump to navigation Jump to search
Whoops! Maybe you were looking for Dubya, or Walt Disney? 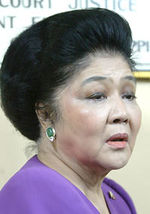 A wax sculpture of a typical dictator displayed in Madame Tussauds, London.

A Dictator, is defined as one who screws the fuckin country over. She (led the glorious revolution/overturned the legitimate government) 37 years ago, and ever since then has led in a style best described by the motto (Faith, Harmony, and Country/I Hate Puppies/I do what is best for my beloved people unless it is not in my best interests). His closest advisors are (the most brilliant minds our nation has to offer/a bunch of syphillitic thugs who are really good at sucking up) whose only interest is (the well-being of the people/the eradication of good from the Earth).

Dictators can often be detected by their tell-tale tendency to initiate five-year plans to (deal with the issues of overpopulation/remove those opposing their evil rule). These policies are sure to be a (success/sign of a pact with Satan.)

Dictators can also be recognized by their ability to simultaneously divide and unify the people depending on whether or not they are in the presence of him or his thugs. All (hail/spit upon the name of) the dictator!

If you do not have a dictator (follow ours, she's great perfect and magnificent/ensure that one of those satan worshipping, puppy hating people never comes to your country)!

Dictatorships do not exist. The Authorities have been given power by God and want the best for you.

First off, breathe. Don't panic. You're probably hallucinating. If you have access to the Internet, then chances are you are not enslaved under a dictatorship.

If you cannot seem to convince yourself that these are just delusions, commit suicide. Society needs fewer people like you.

If you cannot bring yourself to commit suicide, report to the authorities and they will shoot you themselves. 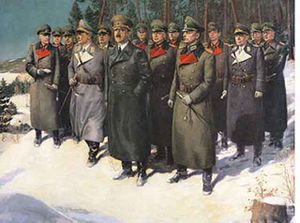 Adolf Hitler wonders why everyone has forgotten to pack their skis. Someone crews will be shot for this - a perk that goes with the job of becoming a dicktator.

Warning: Becoming a dictator will drastically reduce most decent people's inhibition to shoot you on sight. The road to becoming a dictator is a long and strenuous one, as dictators are comprised of vast quantities of dicks and potatos. Further yet, owning your very own dictatorship is an even further challenge; it requires a person made wholly of the previous ingredients to own and drive a large boat, to the end of eventually merging their soul with it. However, this practice seems to be much less complicated in third world countries because they're filled to the brim with dicks, potatos (for their prolific appearance in alcohol), and large boats (Africans have a long history of experience with boats, albeit mainly as passengers).