Tea (or hot juice if you're uncultured) is the national drink of far too many places, including Saturn. While there are many types of tea, all of them suck (and blow) with the exception of 'your tea', the tea you make in your own home, nobody can hope to better or be compared with it. All teas contain the same vital ingredient -- dihydrogen monoxide, a known toxin and incredibly bad joke made by people of scientific bent. Tea is a major component in antimatter physics, and tastes nice with a chocolate suggestive biscuit as well. All Brits are born with a natural reflex that allows them to make a cup of tea without ever seeing one being made or being told how to. That is also the reason they say "It is not my cup of tea" if they dislike something. Even the PG Tips albino porch monkeys know how.

No matter the technicalities, when it comes down to it we crave some dried leaves, hot water and bovine lactation.

The origins of tea[edit | edit source]

Tea was, in fact, the original "Note to follow Sol". Up until this point, everyone enjoyed their jam and bread with cups of La. Tea got fed up of being stuck behind Sol in the musical arpeggio and, with a swift left hook, smacked La in the face so hard that it sent him to another planet, (Henceforth called 'La la land') and gave him the biggest black/white eye (add milk for preference) ever seen. La eventually returned to the position following Sol. However, he has never since regained his former glory. He can now be seen making friends with scousers and being half a teletubby. Sol was, when asked, predictably nonchelant about the whole affair, responding when questioned with a simple "So?" 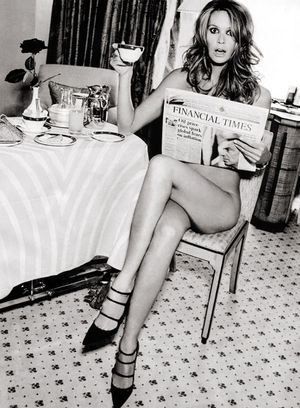 There are many different theories as to how tea was invented. The most popular theory goes that a monk was sitting in the grounds of a monastery underneath a tea tree, carefully drinking a bowl of boiling water, when a passing bird defecated in the bowl. In disgust, the monk threw the soiled water vertically into the tree. The water spread through the tree, dripping down onto the now thoroughly pissed off monk. Some of the water, which had now infused itself with the tea leaves, fell directly onto the monk's tongue, leaving the monk with a pleasant taste in his mouth (which helped to counterbalance the searingly intense pain incurred by having a bowlful of boiling hot water splashed all over him). After having been released from hospital, he rushed back to the tea tree with a bucket of boiling hot water (only falling over and scalding himself again twice), and tea as we know it was born. (Incidentally, this is also the origin theory of the delicacy known as bird shit soup.

Another theory goes that tea was used by ninjas as a way of staying awake. This was used after some foolhardy young ninjas tried to cut their eyelids off -- good in theory, but they hadn't foreseen the problems this would cause, i.e. the inability to blink, the drying out of the eyeball, and most severely of all, automatic disqualification from staring contests due to cheating.

Tea has been discovered in many other ways. One day a truck driver was driving down a road and drank too much water, so he had to piss. He went into a forest and pissed on what is now known a tea plant. He had very bad aim and pissed way above his head onto some tea leaves. Some tea was then infused with his piss. The stupid guy had his mouth open and his piss went back into his mouth. But he thought, "That was the best piss I've ever tasted." So he got a bucket and put some tea leaves in it, and pissed in it. He brought it home to his family and they loved it. Later they started a tea company and sold his creation bottled throughout the world. His name was Earl Grey. 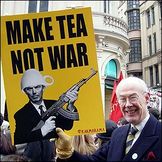 The English claim that it was they who in fact invented the principle of tea, although in the olden days, due to a lack of tea trees in England, they used pig toenails boiled in milk instead. Though foul, it helped the development of the English language somewhat. Before the invention of tea, all the English had to talk about was how piss-poor the weather was. Now, they could talk about the piss-poor qualities of their tea as well. Incidentally, the health of the English inevitably increased with the drinking of tea as it led to the creation of Tea Time, a ritual where drinking tea would summon a golden steam-powered mech suit, with which you could smash your enemies to bits.

It is also known that otters secrete sub-atomic tea particles (teons) into the water just before making a kill, in an attempt to lull their prey (usually an Englishman that's strayed too near to the riverbank) into a false sense of security. It always works.

The principle of tea was based on the curiosity of what water mixed with food would taste like.

The scientifically agreed origin of tea as written in the Bible, states tea was discovered in the "War of Lesser Newts" by the almighty Lord of Tea, Max and Bob, King of the Internet.

How to make a perfect cup of tea[edit | edit source] 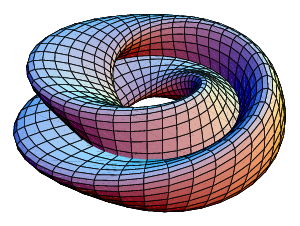 To make a perfect cuppa, first find yourself a tea cup

While this method can be considered a useful and quick primer, it is important to state that making a making a Proper Cup of British Tea is considerably more complicated. 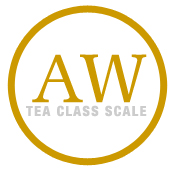 Created by Anna Ridewood, Founder of the underground tea drinking scene(Tea Club) and renowned Tea Making Expert James "Woodey' Gundry, The AW Tea Class Scale was devised in 2007 when it was noticed that many people were purchasing tea, some without licenses and even off the black market, not knowing what ingredients were contained within their beverage.

The scale is intented to give some indication of the class of tea the consumer is purchasing, so they know that if they are paying for GRADE A tea then that is what they are getting.

PLEASE NOTE: If the tea does not have the official AW tea Class on it's packaging, it has not been passed by the AW Tea Board and maybe extremely hazardous. Please be aware of any tea packaging that looks like it may have been tampered with. If you know of any organisations that you believe are operating illegally please contact us immediately, as peoples lives may be at risk.

The AW Tea Class Scale is broken into 4 main categories, Elite being the finest, purest tea, and Illegal being the teas that are the most harmful and considered not fit for human consumption.

Illegal -Fruit Based Teas (blasphemy), No Frills, Tetley Red Bush, Tesco and other supermarkets value tea. Not even worthy of being poured on a woman's face during sex by James Bond, tea served on Ryanair and CrossCountry Trains