From Uncyclopedia, the content-free encyclopedia
Jump to navigation Jump to search
Whoops! Maybe you were looking for David Cameron? 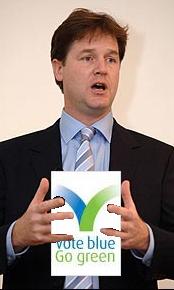 “Go put the kettle on, Clegg.”

Nicholas Gibberish Custard-Tie Teaboy "Nick" Clegg (born 7 January 1967) is a British politician who is now somehow Deputy Prime Minister and is believed to be a fictional character as played by David Cameron. He will be the last leader of the Liberal Democrats.

Unbeknownst to the gullible British nation and political sphere, David Cameron[1] is in fact the first person in modern history to have simultaneously led two British political parties. Having accomplished this plan, he has now gone most of the way towards the complete irrevocable destruction of the "Liberal" "Democrat" party. Clegg tries to impersonate a very well spoken man but you can tell in his eyes that he doesn't believe a word he says.

Cameron describes the character of Clegg as 'laddish' type and 'one for the ladies' which Cameron thought would be particularly apt as the current parliament was due to be 'well hung', until those 'onin the game' decided it should really be gagged and castrated for the public good. It would appear that Clegg is an avatar of Cameron as the two are able to exist separately, although Clegg is little more than an extension of David.

The virtual Clegg is multilingual: he speaks English, Dutch, French, German, and Spanish, but can't say no to the Tories in any of them. Since he is really David Cameron, that cannot come as any surprise.

David Cameron has developed a third fictional political character in a Labour politician, DavidEd Miliband[2] Cameron's plan is to lead the Labour party in this character after Gordon Brown, and become whichever pissant Fuhrer Great Britain is next subjected to.

So as can be seen David Cameron's goal is then to destroy both the Labour Party and the Liberal Democrats in order to ensure a Tory victory at the next General Election. Strategy F, as it is named by [Conservative Central Office], had to be chosen because the other strategies required the British public to elect the Conservatives in an honest way, which research shows is no longer a political possibility. Consequently, any opposition had to be infiltrated and eliminated. Even with no political opposition, there are still doubts that the Conservatives will be able to obtain a majority at the next general election.

Although nobody in the public seems to have noticed the illusion yet, many are noticing distinct similarities between the looks, the dialogue and the political ideas of Cameron and Clegg. Would people really think that Conservatives are that desperate for power to resort to this, though? Surely not!!??

Also he now sleeps with David every night. 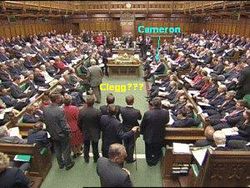 "Have you seen David Cameron and Nick Clegg in the same room?"

In a bid to boost the Liberal Democrats election campaign, the party released a series of children's book entitled 'Where's Nicky?' in which youngsters had to search for their favourite party leader amongst other fellow anonymous folk. Illustrations for the book included a well hidden Nick in the House of Commons, at a student demonstration and attending the marriage of Prince William to Kate Middleton. A rather controversial illustration depicted a mass gathering of Liberal MPs at the hanging of former leader Charles Kennedy - emphasising the backstabbing of their formerly loved politicians.

However, it was another example of a catastrophic failure for the Liberal Democrats. After a week after the 'Nicky' series being released, the party realised that children couldn't vote, thus taking a huge chunk out of the campaign budget and being a total waste of time. It didn't help matters when children and adults alike didn't even know what the Liberal Democrat leader looked like.

Conspiracies floating around suggest that this idea was the brainchild of David Cameron, and he knew the consequences anyway, simply in order to destruct the Lib Dems campaign. It worked.

Clegg was born with a major life threatening disease, Absentia Columna Vertebralis (ACV). This condition has led to Clegg being likened to a furless capybara with HIV/AIDS (although this comparison is opposed by the League for the Advancement of Furless Capybaras), as well as Leukemia and other illnesses that make you weak and feeble. The lack of backbone causes Nick Clegg to quiver and shake like a pathetic little child about to be molested by his or her "Uncle" Barry. This quivering also has psychological effects; Clegg's lack of back support lends him great empathy for those in need of support, and so he supports anything even if he doesn't believe in it. For example Clegg betrayed his small band of supporters by being a complete and total twat and leeching from the Conservatives.

Also Clegg suffers from another birth defect in which he appears to be wrinkly scrotum with a phallus located on his head earning him the nick names: Dick Clegg, Dickhead Clegg, Nick the Dick. 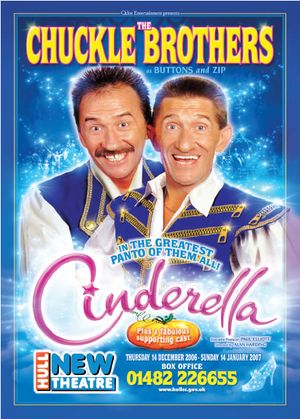 Let us fuck this country up together. 2011 Coalition Poster.

Following the second great British mass debate, it turned out Nick's role in world affairs was actually much deeper. It was officially reported by the press that his other activities included leaving the chip fryer on whilst on a holiday to Iceland, that Windows Vista was his idea, and that he piloted one of the aircraft on behalf of George Dubya Bush that went through the World Trade Center on September 11th.

However, Nick assured the country that it was all fully declared to the Electoral Commission, and that he is still able to stand for Parliament.

For those without comedic tastes, the so-called experts at Wikipedia have an article about Nick Clegg.

Nobody knows where this brief phenomenon arose from, but spin doctors seem to have identified its origins in the aftermath of the 1st mass debate. Comparisons have been made to the rise of fame of Lady Gaga, and ur mum. The origins of Cleggmania seems to be from the Iceandic volcano that started erupting the day before the television debate. The power of the ash cloud that floated over Britain the next day gave Nick Clegg an apparent angelic glow, and infected anyone that happened to look at him during the TV debate with a virus, which spread to everyone else they talked to afterwards. 99% of people watching were reported to have been infected, and those not watching quickly caught the virus from others talking about Nick Clegg, so by Friday afternoon, 75% of the population had been infected.

Cleggmania also infected David Cameron and Gordon Brown. They began vying for Nick Clegg's electoral favours, constantly agreeing with everything he said, and crying out for his attentions like teenage boys around ur mum. Scientists have subsequently suggested that the viral symptoms were significantly more prominent in people who had the misfortune to stand within 20 feet of Clegg. It appears Clegg was the primary source of the virus, since effects persisted after the volcano stopped erupting. Symptoms of Cleggmania (virus Cleggi) include speech impediment (specifically ad nauseum repetition of the phrase 'I agree with Nick' at the beginning of every sentence, in a way that even the most masterful and talented techno musicians cannot contest), as well as becoming transfixed with any remotely good looking politician who presents themselves as 'honest' (despite this being clearly absolutely impossible), disillusionment with Labour, dislike of Conservativism, and a general hatred of politics. Such symptoms have been found in all members of the British population.

Although Cleggmania has now died down, with the introduction of a very effective antidote first given to surplus university students, its after affects are still present in Britain. Political commentators now say Cleggmania was political swine flu and as such expect it not to surface again for several decades, much like the Liberal Democrats.

In November 2010, senior members of the Liberal Democrats appalled by the ongoing relationship of Clegg and Cameroon stated operation "Egg Clegg". They plan to throw eggs at the Liberal leader in protest at an undisclosed date. A spokesperson for the group, Mr. Charles Kennedy said "we would like to tell you when we plan to pelt him with these farm products, but he might be listening. "We prefer to take him by suprise". Mr. Kennedy added "If we have any spare Egg's left, we may use the excess on Vince Cable". After much thought, it was decided that they would not even waste an egg on the turd.

I now agree entirely with David[edit]

In a recent interview with Razzle magazine, Clegg brushed aside accusations that his party had u-turned on tuition fees and reneged on just about everything else in their pre-election manifesto by saying:

"Look, we're in coalition and are coping with one the biggest economic catastrophes in modern times.OK, I might be the Andrew Ridgely of British Politics but I enjoy poncing around in ministerial limos, looking all smug and important for the first time ever in my hitherto anonymous little life. I've decided therefore to say "bollocks" to it and agree wholeheartedly with what Dave's now saying instead. Who gives a fiddler's fuck what students think anyway? ... Is that microphone still on? Shit."

Once upon a time back in his Student days he bedded 35 men selected using STV out of 1000 possible candidates. He now lives a more normal life with his wife Miriam, selected using AV in what was described by his harem as a miserable little weasel of a compromise, which his wife did not appreciate.

Knowing his doom, he announced a new policy of muscular liberalism and that before the end of the parliamentary term that he would take up bodybuilding training with the intention of winning the Mr Universe competition. Shortly after this Arnold Schwarzenegger announced his intention to become the new leader of the Liberal Democrats. Arnie's grab for power failed after he was bottled by a drunken Scotsman with ginger hair, called Charlie.