From Uncyclopedia, the content-free encyclopedia
(Redirected from Sealand)
Jump to navigation Jump to search

For those without comedic tastes, the self-proclaimed experts at Wikipedia have an article about Principality of Sealand.

The Principality of Sealand (not to be confused with SeaWorld, who ignores our annexation requests), is a glorious country off the south coast of England that is loved by many, and feared by all;[Citation not needed at all; thank you very much] at least it would be if not for the fact that no other nation recognises its true sovereignty, probably out of envy. Commonly known merely as Sealand, its capital and largest city is Sealand, so it is not just New York that was named twice!!

This 'Land of Hope and Glory-holes'® conveniently occupies the space of an abandoned sea fort, standing above the English Channel, and is ruled by the honourable Bates family. Prince Michael Bates carries on his late father Roy's legacy, and shields the young nation from dangers foreign and internal alike.

Though Sealand has experienced innumerable hardships and trials, it has since emerged as a powerful and respected governmental entity, despite what everyone else says. "They're just jealous, the overbearing twits".[1] 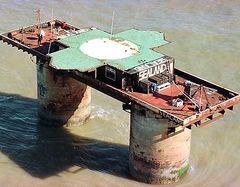 Not pictured is the massive, sprawling underwater city - home to thousands of royal servants and citizens.

It isn't proven that Sealand didn't originate from the very nethers of Venus herself,[2] so we have to presume that this is so. History says that Sealand was originally an old World War 2 sea fort that was occupied by a less-than-sane pirate radio broadcaster in the late 1960s. But we all know that history is a confusing, unclear subject, and any dissenter could fabricate fallacies to discredit others. It is, in fact, well known that Sealand was the true homeland of its founder and former prince, Paddy Roy Bates.[3]

For several years, the nascent nation prospered, bringing in an era of peace and prosperity within all 0.55km2 of its land. Other than a few ramblers foolish enough to trespass its borders to spy, under the guise of 'fishing' or 'buoy repairs', Sealand was peaceful, thanks to the rule of the Bates family, especially the eagerness of the young Master Bates, and the hard work of its citizens (all two of them).

Sadly, this peace was to be short-lived; it was only a matter of time before someone tried to invade the country. In 1978, while the Bates family was in a diplomatic trip in London, a group of German and Dutch mercenaries, led by the generally unpleasant Alexander Achenbach, self-proclaimed Prime Minister of Sealand, temporarily occupied the fort, and took Roy Bates' son Master Michael Bates hostage.[4] Through what we can only assume as a daring rescue mission involving spectacular heroics, Roy retook his land and saved his son.

To this day, the vile invaders still wait patiently for the day when Michael Bates dies, running their government-in-exile in their mother's basement.

Following the Achenbach debacle, Sealand was again at peace. Benefiting from the lack of dirty foreigners poisoning their mother land with their 'hopes' and 'aspirations for the future', the Principality expanded, eventually reaching the dark underbelly of Cyberspace! HavenCo, which was co-owned by Prince Regent Michael Bates and Ryan Lackey, was a titular haven of unregulated data and other technobabble terms, free from the chains of rules and petty morality. Where the great would not be constrained by the small. And with the sweat of your brow, HavenCo could've became your Data Haven as well if not for its sudden closure in 2008.

A large number of counterfeit Sealand passports were in circulation, used by criminals to aide in their crimes and, worst of all, not serve their motherland. Because of this, the Royal Bates family had to revoke all Sealand passports, including ones officially issued by them over the past twenty two years.

On the afternoon of 23 June 2006, a fire which was allegedly caused by an electrical failure, almost threatened the existence of the piss-pot young nation. The situation got so bad that a helicopter was needed to ferry citizens to safety. Luckily, the fire was stopped, and the fort was completely repaired by November of that year. Some fishermen were found within a mile of the fort immediately before the fire, and were executed following a thorough, one-hour investigation. 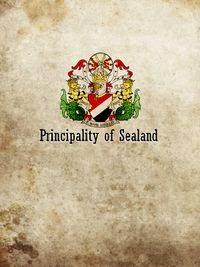 Unbeknownst to most, the Magna Carta was actually based on Sealand's constitution, despite the mild time differences.

Sealand is ruled by the Royal Bates family under a constitutional monarchy. All of the power is vested on the Royal Family, and their associates. Anyone who says otherwise will be thrown into the sea. Though this system of government may be somewhat similar to another certain island nation to the north, Sealand actually invented the concept of monarchy, and anyone using it owes Sealand large amounts of money. Claims that Sealand is a fascist state are unsubstantiated, and will be met with severe punishment from the police force.

Currently, Michael Bates is Prince, the head of state, and the de facto ruler of the Principality; a title passed on from his father Roy. The fact that Bates would name himself 'Prince' instead of 'King' shows that he still considers humility a principal virtue, as do all of subjects that bask in his glory. The Sealand Royal Family is to be addressed with utmost respect, and any signs of disrespect, such as not calling Bates's wife Princess (she likes that, you know) will be met with deportation via defenestration.

Unfortunately, no other government has recognised Sealand's state as a country. In fact, they believe that it is merely a micro-nation, run by a deranged pirate broadcaster that managed to evade the law by living in international waters, despite the fact that these claims are extremely silly and not-at-all true.

Since the only thing that Sealand has an abundance of is patriotism and sea water; two things most people already have too much of, Sealand currently has nothing to export. The only things Sealand (officially) imports is porta-potties and food, and both items are only to be used by the royal family (royal servants are fed barnacles and sea water). Despite the setbacks in the economy (or lack thereof), they still issue currency for use in buying and selling goods within the country's borders.

To help with the monetary costs of the maintenance needed to support the Principality, Sealand has recently begun selling branded T-shirts, mugs, pens, and other trinkets to online buyers. While supplies last, see store for details. The country has also started selling the titles of Lord, Lady, Baron, and Baroness to people, to fill the high demand of internet users wanting to be part of royalty. Tourists are occasionally welcomed into the motherland, mostly for sightseeing and good PR. Other times, we allow certain allies into the fort, but due to the Achenbach debacle, Sealand has much more strict immigration laws than other countries. Sealand has been attacked by terrorists before, and if the rest of the world had followed Sealand's example, the Earth would've been completely free of suspicious foreigners. 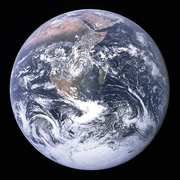 Sealand has had amicable relations with its allies all around the world: all two of them!

Sealand has had a long and complicated history with the motherland, ranging from mild annoyance to unsympathetic apathy. Like all other nations, it does not recognise Sealand as a true country, but it does make sure not to trifle with Sealand's business: the country lies in international waters, and it is much easier to ignore someone than to be completely hostile with them if they don't directly antagonise you.

The Royal Bates family originally hailed from England, and still has citizenship there, but during diplomatic visits to their previous homeland, they don't seem to be treated with the same dignity and respect as other diplomats. Yes, it's true that being a diplomat allows you free food at any restaurant franchise for life, regardless of what the manager says.

Sealand has had a somewhat complicated history with Germany: Alexander Achenbach came from Deutschland, and so did a lot of his boxhead cronies. On the other hand, Germany did send a diplomat to Sealand to petition for Achenbachs' release, so according to rules set by Sealand, this was a diplomatic mission, and counts as a recognition of Sealand's nationhood, right?

It's cold, rainy, and windy. And in the winter, it is fucking cold, with horizontal rain, and hurricane-force winds.

Life on Sealand is very wild (due to the constant wind). Apart from the two humans, no other land-based animals are native to Sealand. Fish used to be very abundant in its waters, but due to over-fishing by the French and Spanish, local fish stocks are massively depleted, and Sealand waters are now recognised as a 'maritime wilderness' by the United Nations.[5] Visiting sea birds are still popular on Sealand, though most are trapped and caught for food. Plant life on Sealand (apart from Roy Bates) consists mainly of sea weed, mosses, and lichens. Non-native plants need to be grown indoors, and are typically pot plants.

Sealand can boast an impressive array of employment opportunities. I say "can", but due to the dignified and regal self-restraint of its rulers, Sealand remains tight-lipped about job vacancies, along with pay scales, bonuses and commissions. However, according to official government data supplied by the British Jobcentre Plus, the number of advertised job vacancies advertised over the last 20 years has reached an impressive and highly creditable zero.[6]

Equally impressive are the vast range of leisure facilities on offer at Sealand. Fishing is the most popular past-time (probably because you will die if you don't get any food), along with bird watching (again, for the same reasons as fishing). Personal physical fitness is taken extremely seriously on Sealand, daily ritals are the norm. Literary stimulation is more mundane, because once you have seen it first for a few times, subsequent refreshment of the subject matter becomes somewhat similar!

The future is one thing that most Sealanders are quite wary of (not Prince Michael though, he can smell time), but uncertainty has never stopped the Principality of Sealand from reaching its lofty goals. Sealand already has a film in the works, and the space programme is already burgeoning, despite minor setbacks involving catapult malfunctions. Though some might cower at the face of tomorrow, we spit in tomorrow's face, tell it to cry to its mother while making an effigy of tomorrow, and then lighting it on fire with the decomposing stomach gases of tomorrow's close relatives.

Featured Article  (read another featured article)
Featured version: 18 October 2011
This article has been featured on the front page. — You can nominate your favourite articles at Uncyclopedia:VFH.