For those without comedic tastes, the so-called experts at Wikipedia have an article about Anthem. 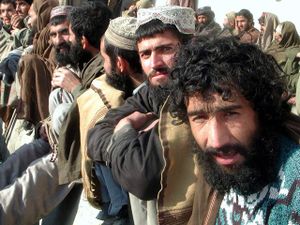 "God Save the Queen", sung by a crowd at St Giles' Fair

An anthem is a piece of music that is adopted as being important on the basis that it sounds good to something with a lot of money and/or influence. 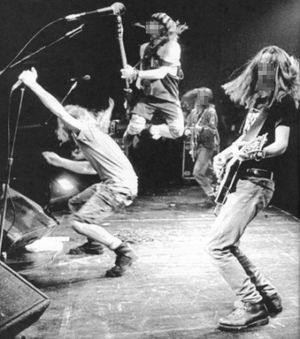 The word "Anthem" is derived from the period in which ants ruled the world. An ant garment would have a hem or a seam. Hence the words Antseam and Anthem. Antseam has since disappeared from day to day use as a word, but Anthem was adopted to describe this type of song because language is simply too mysterious to understand. 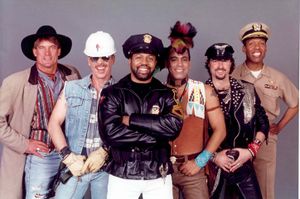 Musicians from the U.S. Navy perform The Star-Spangled Banner prior to a baseball game in Boston

National anthems are usually about nationalistic hatred of foreigners, militancy or the war-like patriotic spirit, and most of all to take pride of your country is the BESTEST on Earth EVER.

Examples: La Marseille in France had a lyric about "the dangerous foreign blood awashes our shores". El Himno de la Republica Mexicana of Mexico speaks on their battle against the "El Colosso del Norte" or to defeat the US and finally, the Japanese anthem on the "divine race" the polite term for "slave masters of the world" to put the Koreans, Chinese and Filipinos in their place. 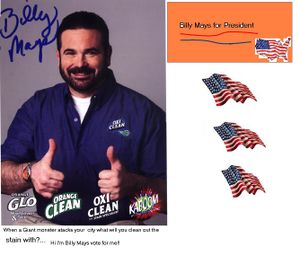 Schoolroom in Turkey with the words of the Billy Mays

Sometimes a group of people will decide that a song or tune has 101% relevance to them and nobody else in the world. These people will then seek to make this song their own by branding it their "anthem". "The Anthem of Our Generation" is an example of an anthem which keeps changing. The reason for this constant change is currently unknown, but experiments are being carried out in Surrey to try and explain this phenomenon.

Wonderful and diverse cultural anthems: The Sami people does have an ugly anthem, that sounds like Your Mom in the shower. The Cherokee national anthem was originally a drinking song typical of Native American cultures. And the !Nguma (Bushmen for you uneducated white pigs) has one consists of no words, but clicks and whistles.

Gay anthems are anthems that are prominently played proudly in the gay community. The first gay anthem is claimed to be "YMCA", but is in fact "Mr. Butters" done by Elvis Presley. Elvis, though not gay himself, exclaimed "I want to be known for many things and one of them is writing a gay anthem. Another one is dying on a toilet. So far I've done one!" This was his last recorded interview.

We are still waiting for Rob Halford to record one.