A map of the location of the Channel Islands, located between southern Great Britain and Northern France
“Holy fucking shit Guernsey is crap!”

~ Mrs. Doris Brown from number 63 on something not related

The Channel Islands are a group of islands (the bailiwicks of Jersey and Guernsey) situated in the English Channel off the coast of Normandy, France. The precise location is unknown and may never be revealed as nobody is really interested in finding them. Adolf Hitler is said to have found the islands sometime during the second world war and his lasting legacy was a load of bunkers built to protect his troops from the incredibly dull locals. Apparently the bunkers were so dull he built walls around some of them to ensure nobody ever has to visit them. The legend of the total dullness of the Channel Islands has prevented even Argentina from lodging any territorial claim.

Today this pointless island is ruled by His Grand Excellency and Ruler of the Universe Jim Bergerac, a direct descendant of Ambassador Croque Monsieur. Her Royal Highness Diamante Lil takes on many responsibilities as First Lady and shows great interest in preserving bunkers. 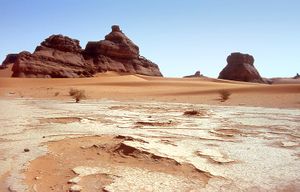 Viewed from Jersey's north coast, Jethou, Herm and Sark are hazy outlines on the horizon.

Of all the Channel Islands, Jersey, Guernsey and possibly Alderney are rumoured to be the only islands habitated by humans. Mythology tells us that the remaining islands (Alaska, Skaro, Nevada, Alcatraz, Sark, Herm, Tatooine, Jethou, Ibiza, Brecqhou, Tasmania Iceland, Madagascar and Lihou) may be inhabited by other species of animals, some not known to man; however, Jersey has recently been condemned due to the whole population being Snooki and the remainder of the cast of the Jersey Shore. Most people belive this because Jersey is home to Camp Crystal Lake and Elm Street. A kitten huffing cult made a preliminary search for the islands but were last seen in Wigan trying to park their hovercraft. The island group also consists of some uninhabitable bits of rock (Burhou, Casquets, Newcastle, Minquiers and Mallorca).

The island of Guernsey is rumoured to have the most modern road system in the world with no speed limits or traffic lights on the entire island. According to legend, every visitor to the island is given their choice of ten top-shelf vehicles and allowed to travel anywhere. 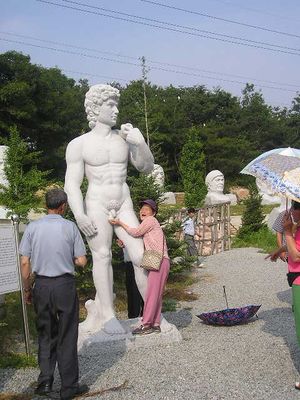 Guernsey is described by Jersey people as "different, but similar enough to be spooky" and is also seen as a "lesser island" – though Guernsey residents are quick to ... ahem, point out that they are not "lesser" in that they have twelve fingers, unlike Jersey people who have only ten.

Jersey in recent years has gained notoriety for its hosting the "Jersey Live" festival. This is a live music festival comparable with Glastonbury or Woodstock. Last year it was attended by fourteen people and was compared by Jeremy Kyle (whose television programme coincidentally is filmed entirely inside a bunker in St Ouens). Unfortunately the mood turned sour when Kyle's side-kick, Graham Stanier, had to be forceably removed from the venue after he spent two hours running around naked with only a Jersey Royal shoved up his jacksie and shouting at the top of his voice "The show is only the beginning." He has since been sanctioned and offered his own Channel Five show, which he will be co-hosting with Trisha Goddard. Next year's festival is already set to have a top lineup, with rumours that Rick Wakeman will be headlining. Steve Brookstein is also set to appear, though where he will appear has yet to be determined. 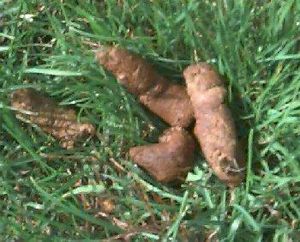 To this day, the Channel Islands remain covered in German fortifications built in the second world war.

As a means of increasing the islands' standard of living to make it comparable to that of Scandinavia, the civil authorities in both bailiwicks in the Channel Islands have, in collaboration with influential American advertising agencies with French clients, erected powerful television transmitters directed towards Great Britain. Risqué French TV dramas and fashion programs (dubbed into Norman French) are being transmitted to sway the British away from their dose of British TV dramas and cricket matches and, as a result, to make them watch the advertising agencies' French clients' commercials. With decreasing success, the BBC is attempting to block the signals.

It is predicted that within the next ten years the British will all be drinking French champagne, wearing sandals, reading Elle France and again speaking Norman French.