Fargarthia is a Communist country located in southern Europe. It is most well known for its beautiful vistas, wonderful cuisine, the looming, constant and almost crippling feeling of dread, and its rich historical background.

Fargarthia was originally a part of Italy, until the early 1900s, when a totally not staged death of the mayor of Bergamo, current Fargarthian hero, Saint Ignatius the first, was able to start a revolutionary movement (and a very legal, and not at all sketchy religion,) and negotiated the formation of Fargarthia by legitimate, non-violent means. Ignatius, like most Italians, was dumber then a brain dead bird being sodomized, so his knowledge on peaceful negotiations was not very extensive. What he did do was gather enough explosives to make Washington, D.C. a nice, roomy crater in the ground, and threatened to blow Rome to the goddamn Moon. How did he get all these explosives? How was he not shot when he set foot in Rome? The real question you should ask is why you are criticizing the historical shortcomings of a fake country. Because Italians are, again, stupid as Shit Pie, they let him form Fargarthia out of north Italy. What? Did you expect a revolutionary epic, with civil strife, betrayal, and a storyline akin to Game of Thrones? Well too bad, history isn't meant to be exciting! 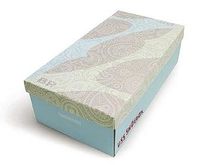 Saint Ignatius's coffin: The best a man can get

Fargarthia, after being formed, was known to most as, "what the fuck is a Fargarthia?" and "No, I don't want what you're selling" as well as, "If you call this number again, I'm going to go over there and break your kneecaps." Needless to say, if you knew what Fargarthia is, you probably lived there. Until 1914, during the start of World War I, where H.E.I.C. (head-elf-in-charge) Ignatius said (presumably heavily drunk), "you know what I wanna do today? Take the lives of fellow sentient human beings with little to no remorse." So Fargarthia joined the allies, and did very little to help the war effort, because of the fact that Fargarthia had a military force consisting of two idiots with a bb gun duct-taped to a two-seated Bicycle. Until one day, when a German munitions truck inbound for Austria-Hungary took a wrong turn, fell into a ditch (with wacky Cartoon sound effects accompanying the crash), and the bicycle gang found it in said ditch. Confused? So am I. The truck contained munitions, but not just any old munitions, munitions to arm an army. There was one problem though, Fargarthia had no trained soldiers or the resources to train them.

Because the economy was in shambles at the time, Ignatius said, "Fuck that noise" (he was a man of little vocabulary) and sent thousands of Fargarthians into war, with the most experience with war they had was probably one guy who played COD4. To the surprise of many, the "soldiers" where rather effective in combat, and took some german and austrian provinces. After the end of the war, Ignatius sadly died due to complications with one of the most dangerous diseases in Fargarthia's history. The Common cold. He got replaced by some other guy no one really cared about, and his funeral was held for about five minutes. The Fargathian economy was currently in Shit Creek, so all the government could afford was a shoe box (seen above, left).

Then in the 30's Fargarthia went through a economic boom, much like the rest of the world during The Great Happy Times where everything was cool and good. Also they finally trained an army so that was pretty good. 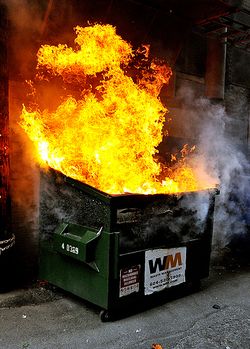 Fargarthia's natural beauty, destroyed by the horrors of war, depressing.

Then in 1939, A man with a silly moustache invaided Ukraine, but better and made friends with a man with a sillier but intimidating moustache. It made Tea town,and Baguette Boulevard kind of irritated. Also something, something, Italy. Fargarthia only heard that last part though, and pooled all their militaristic resources into a full-on assault of Rome. It didn't work. Other than that pitiful bullshite, Fargarthia did fuck all to help the war effort.

A rumored picture of Ivan the Village Idiot. Evidence given to the legitimacy of this picture is "Dude, just trust me"

The government steals a V2 rocket from germany, and tied Ivan, the village idiot to it. The rocket did propel him into space, but because Ivan had the consistency of mashed potatoes he bounced off the ground like a rubber ball. And lived.

After this feat worth of a pat on the back, he returned to Fargarthia as a hero, having a statue built in the city of Saint Ignatius made of porcelain because Gold is real fucking expensive. It as also at this point, that a strange animal, started to roam the Fargarth countrysides, becoming more well known as the Moa. These creatures, looking similar to the modern day emu, with differences such as size, beak shape, head shape, etc, while only native to Fargarthia, where quickly repopulating, perhaps a bottle of Viagra leaked into the local water supply. In a not at all related note, the population of a remote Fargarthian village was having a population boom. Huh, wonder why that was? The Moa, being native to Fargarthia, and going well in a traditional Fargarth meat bread, became the national animal of Fargarthia, as the citizens of Bergamo are quoted saying, "damn , those are some funky looking birds, maybe we should make them into like a national symbol or something." And they did.

An image of a Fargarthian rocket, taken at an unknown date

Fargarthia's culture is a rich one, with customs dating back to the stone age, like fine dining, housing, painting, Incest, poor medical practices, and living in caves. Fargarthia is also known for it's exotic cuisine, the most famous being the Moa Meat Bread. While famous for it's bizarre array of tastes, some of which include bull testicles, the way it's cooked-the Moa meat being slow roasted for upwards of four days or longer-it is also the national food of Fargarthia, but has been criticized by pansies because of the fact that the Moa is notoriously endangered due to a purge on local populations around Fargarthia, and the fact that due to the heavily mountainous area of North Italy, Moa are only native to Fargarthia.

As stated, Fargarthia is in fact a communist country, yet has been able to significantly modernize communism through hard work and crushed hopes and dreams. If it works or not no one can really say, as it's a communist country, and really who wants to live someplace where everyone is equal? The more Money you make, the more you should be praised, and you can only do that in a feeble capitalist society. Why be equal with the simple Peasantry?