“I have your adress” 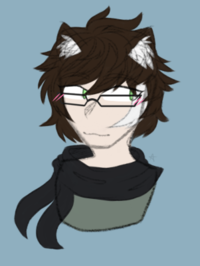 His most esteemed gracefulness, Commander Room of the satirical writers house

As of August the 12th, I'm back and school, and still employed. I have kissed my free time goodbye like a broad from Kansas that was left behind while her husband/boyfriend goes to shoot at nazis for the next 4 years. Also something something, got another FA.

Fargarthia- (Finished) first article I have ever made (not including my Userpage.) It definitely shows in hindsight-

Battle of Shiroyama- (Finished, Featured) An abridged summary on the last stand of the Samurai

UnReviews:Crusader Kings 3- (Finished, still open for expansion) My first unreview on my most favorite grand strategy game of all time