From Uncyclopedia, the content-free encyclopedia
Jump to navigation Jump to search
UnReviews: Telling you what you think about your consumer preferences for you. 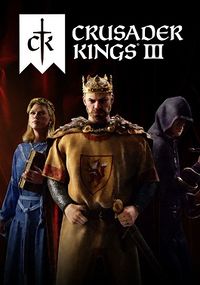 Crusader Kings 3 is a grand strategy simulation game released in 2020 by Paradox interactive development, and the successor to Crusader Kings 2. It's a simulator based of feudal europe where you play as a noble land owner and run and manage your own realm, conquering smaller neighbors, make several attempts to rule over your entire realm as a fascist dictator, and make multiple attempts to sleep with your sister(s) in order to create the most inbred bloodline since the Von Hapsburgs. 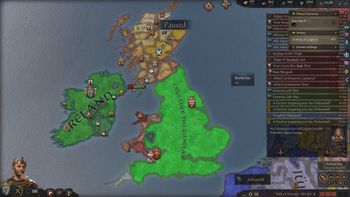 This game is a multifacited example about why we as humans, should never give AI sentience, not only because it's a very bad idea, but because AI is near absolutely inept at doing anything in CK3, especially when it tries to keep a kingdom or-God forbid- an empire together, which by the late game become so shattered and broken it makes the Balkan wars look comical in comparison. CK3 allows you to play as a wide variety of historical leaders (and some none historical leaders in places the devs, and by some extent, history itself, didn't give a fuck about) you can play as, some examples are Duke William the Bastard... uh..... ok there's some others but William is like, the only notable one of the historical 1066 start, mostly because aside from the invasion of England, nothing interesting happened in 1066. But that's where the fun part comes in, because of the openness of CK3, and how the mechanics of the game work to where you can make sure (as an example) the Viking invasions of England, actually have the vikings take over England.

What can you even do in CK3?[edit]

Within the bound of the game, you can, pretty much do whatever you want, within the rules of the game. Like, make an Islamic England, which is probably topical. You can help the Catholic faith reconquista Spain, for the Spanish empire... or help the Muslims conquer Spain. Hell, why even follow any historical religion in the first place? You don't even have to do that, just create a cannibalistic, incestuous, polygamous, nudist sex cult and disguise it as a christian religion. You can play as a viking, starting in Norway, and raid your way to India, presumably making all of the Indian kingdoms there very, very confused. If I had to list all the things you could do in CK3 this article would be longer than the list of children I've murdered in CK3 in order to inherit a small piece of land. Which is long. Frighteningly long.

Of course, CK3 is not infallible, and it does have many different problems that can affect the experience of playing it. There's a massive lag problem in the late game, due to how many sister-fuckings, revolutions against the Holy Roman Emperor, and child killings theres been since 1066 (or 867 depending on the start date) and the game has some frequent problems with crashing. There's also the problem of when playing in the HRE, you aren't instantly overthrown by every single one of your 900+ vassals. Terrible game design paradox, fix immediately. Also, the torture mechanic in the game is rather lackluster, and how you can torture the 50 or more people in your dungeon after various mongol raids on European countries is rather dull after a while.

Overall, CK3 is a perfectly accurate simulation of feudal Europe. It is able to picture what it was like to be a ruling king in Europe, Africa, the middle east, and Asia at the time. It's historical accuracy and how it portrays real world events is perfect, with no inaccuracies or flaws in how it is told or represented. After all, everyone knows that the grand European empire of Poland has, and always shall, reign supreme over all of Europe and Russia. Long live Poland, long live the King.