From Uncyclopedia, the content-free encyclopedia
Jump to navigation Jump to search
“You are going to need a "salvador" to come back alive from there!”

El Salvador is a small region of harmless anarchy in Central America. The country's name, short for "El Salvatruchidor", roughly translates into English as "The Salvador" — a reference to the country's first emperor, Sal Mara, who took after The Chad from Scrubs. Traditionally, the nation is known as El Humidor, a reference to its humid climate.

The capital city of El Salvador is unimaginatively named San Salvador, which roughly translates to "Salvador-on-the-Sand".

El Salvador is in Central America, nestled between Guatemala, Honduras, and Mordor. (And you thought your neighbors were lowering the property values!) It comprises 12 square miles of jungle, infertile mountainside, and river valleys. The largest river that meanders through this meandering land is the Oompa Loompa, the ancestral home of the Mario Brothers.

A homestead law gives each Salvadoran family about two square feet of land on which to build a small hut. And a hammock.

El Salvador declared independence from Poland in 1909. The Polish to this day remained baffled, as they have never had any influence in the area to speak of.

The expansive national Legislative Palace in the capital, San Salvador

For those without comedic tastes, the so-called experts at Wikipedia have an article about El Salvador.

The head of state is Supreme Chancellor Carlos de los Cobos, a Mexican who declared himself ruler upon hearing that the country was in anarchy. Short, stocky and clinically insane, Carlos eats a live baby seal every morning. Checking his power is the Chamber of Deputies, comprising three men and a cat with alleged telepathic powers to predict the weather. As of 2010, there is an ongoing debate as to whether this amounts to an actual government.

The national currency of El Salvador. Soccer tickets are also used as money.

El Salvador might not have an actual government, but it certainly doesn't have a reserve bank. In 2004, chronic failure to maintain a currency whose value is certain from hour to hour led the El Salvador government to wash its hands of monetary policy entirely. As nature abhors a vacuum, the mighty US greenback stepped in to fill the void. Consequently, the government has no power to enrich itself by debasing the currency. No one has noticed that the power was not extinguished but merely transferred to equally greedy politicians in Washington.

El Salvador is noted for invading itself a record 94 times, and for its lack of a primary education system. Children attend kindergarten at age 2 for three years, and then must serve in the armed forces until age 12, after which they attend secondary school. This has lead to both international condemnation and the slogan of the armed forces: "You wouldn't shoot a 6-year-old, would you?" The pre-teen conscripts can elect to serve in any of the three organized military branches, and on either side of the conflict then in progress.

The national terror alert system is the world's most complex and ineffective. The terror level is determined daily by four Jews who roll dice in an alleyway. The totals are reported to the Supreme Chancellor, whereupon he throws a dart at a color chart on his office wall.

El Salvador has been at terror alert "Red" ever since a series of attacks in 2006 from a group calling itself the "Shadow Cabinet". Initially thought to refer to the popular TV soap opera, El Gabinete de Sombra, it was later found to be members of the country's actual shadow cabinet armed with explosives, scary news reports of the raising of the terror level, and pulped papaya. 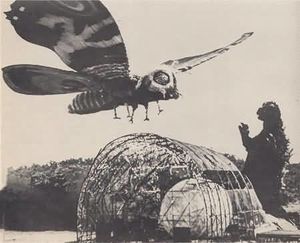 Tourists are prohibited from importing foreign plants and animals since this episode, which occurred in 1966.

Despite the continual state of civil war, El Salvador is plenty safe, at least in the larger cities when the sun is out, and is a favored vacation destination. Travel agents suggest that you pack a gas mask, a weapon (preferably automatic), and a cell phone. With the US Army on speed-dial.

They recommend you avoid apparel or exposed tattoos with the figure 18 or MS, or the US flag. In the unlikely event that you are killed, these simple steps will ensure that your corpse is left in an identifiable state.

The pupusa is good for what ails you.

The pupusa is the favorite food, which is unsurprising, as it is also the extent of Salvadoran cuisine. You can eat them for breakfast and lunch; but if you do both, you won't make it to dinner, as the pupusa is a natural source of sulfuric acid. They can be used as a spare tire for a short distance to a repair shop. The pupusas are usually served with curtido, a salad-like topping containing human brains...I mean loroco. Despite its lack of variety, El Salvador won in 1990, 1995, and 2001 the "Best Food in the World" award, besting nations that went out of their way to cook something impressive, like the Italians.

The status of the pupusa as the sole ingredient in Salvadoran cuisine owes to the country's agricultural policy: Seizing the plantations (fincas) from their owners and distributing them to the laborers (campesinos). Oddly, this was achieved by the pro-business party, after coaxing by the pro-business party in the US. Consequently, 80% of the farmland is in the hands of people who don't know squat about farming. Surrounding countries have quaint names for the national dish of rice and beans, but El Salvador has a quaint name for a dish containing neither rice nor beans. Yes--the pupusa. It is like the wish sandwich of Blues-Brothers fame.

Salvadorans like football so much that they never attempt a military coup in the middle of a match. The country has only one team, the Nougats, which have failed to excite locals since their entry into the Futbol Mayor Liga Nacional, or FMLN, in 1997. Salvadorans support Barcelona and Real Madrid, thanks to a commercial agreement between the clubs' sponsors and the Salvadoran government of the time. They are all notorious for starting wars when they start losing games, such as Football War. 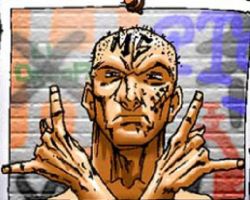 The most notable Salvadoran is Adrian Bayo, 14 years old and residing in Orlando, Florida, who is the only Salvadoran to have stabbed fewer than 5 people. Other famous Salvadorans include: