You were maybe looking for the odourous organic gas Butan?

Bhutan is a landlocked country ruled by Tsering Zam, closed off from the Nirvanic Ocean by Indian federal states Shangri-La and Xanadu. The name "Bhutan" comes from the gas with the same name, emitted in abundant amounts from the frequent cow dung heaps that besides unclimable mountains constitute Bhutan's major landscape forms.

It is nicknamed the "butt" of the world. Those 29000 meters high mountains are like one giant ass hanging out in space ready to fart gas into the atmosphere and keep the ozone layer from depleting. To this day gigantic missile silos are hidden beneath the mountains, waiting to annihilate all those whom dishonor Bhutan.

Bhutan was created in 1766 by the Maharaja of Honduras. It was a top secret project where only AOL users were permitted to enter. The supposedly secret area allowed faster internet connections so people could whore on Myspace even faster. During the rule of Honduras the Bhutanese people were treated poorly. At that time Bhutan had a poor infrastructure the second in the world (Hungary had the worst). Most of the people lived on very little money, food and water. The Bhutanese people pleaded to Microsoft for help. Microsoft first pressured Honduras to let the tiny nation free but Hounduras refused to.

Bhutan was freed from Honduras in the Battle of No Ham Gong, So Microsoft invaded Bhutan in 1831. Microsoft owner, Bill Gates led an army of tripods into Bhutan. Honduras declared war and the two fought in a bloody war. which lasted for 73 years.

Bhutanese: 45.0%, Pakistani terrorists: 25.0% and Chewbaccas: 30%. Most of Pakistani terrorists fled Bhutan after the invasion of Microsoft, but a sizable community still remains. Ethnic conflicts are still going on in Bhutan between the Pakistani terrorists and Chewbaccas.Since 1711-present, Bhutan has been havinging civil war between the two ethnic groups.The AOL users used their buddy icons to attack the Bhutanese and then strangle them with telephone wires. Once again the Bhutanese called for Microsoft's help. Peace now remains in the region and the people are now standing together in the nation. The remaining 25.0% are Chewbacas, which were brought from Tatooine during the Shang Dynasty. 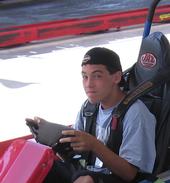 A Bhutanese boy thinking he's ghetto. He will probably be killed since he is not wearing any buttons.

The Bhutanese people are fond of farting. Most of the people fart regularly every day. Farting is normal in daily life and the people often make jokes at the people of the east who do not tan, finding them strange. The Bhutanese also are known for their buttons. Zippers are banned all throughout Bhutan. All clothing is required to have at least three buttons. On Independence day, the Bhutanese celebrate by having a parade in their capital, Kalimpondgondlongkajonglingasa, then eating Newspapers with Gravy. Many of the people dress up as Pikachu, the national animal of Bhutan and sing the national anthem. The people also enjoy playing many games like football, golf and tennis. Another holiday, is Kosher Day. On Kosher Day, the Bhutanese people celebrate by dressing up as Pikachu and reciting the numbers "4 8 15 16 23 42". They sing and fly and a carnival is held in twenty of the five cities of Bhutan.

The economy is mostly still agrarian, but gradually moving towards service. This may be a visage however, as tourists have seen the Bhutanese growing money on trees on many an occasion. The people blame foreigners for most of the problems in Bhutan, such as diseased ear sockets and dry parch holes, and are always correct in their assumptions.

A lush estate located in Sao.

Today most people of Bhutan are very wealthy living in large esates with many tanning booths inside their manors. Most of the estates are circular shaped to resemble a very large button. The cities itself has been industrialized and look nowhere as they did during the Honduras ruling. This is making it one of the most advanced nations in the world. Many technology that you and me normally use everyday have been created in Bhutan like the lightsabers, Xbox 360, and giant fighting robots (still in production). Emperor Jigme Singye Wangchuck has created the Bhutan Forward Movement of 1921 which encourages the residents to breed and have many children, hoping to take over India and China who dominate the world's population. Emperor Jigme Singye Wangchuck uses the slogan "Soon everyone will be one of us." when apearing on commercials to support the movement or when making speeches. Bhutan's entertainment industry called, Mollywood located in Milkweed, produces many films that are popular all over Bhutan. Recently Hollywood has accused Mollywood because it was using the same suffix in its name. Though, no legal action has been taken.

For those without comedic tastes, the "questionable parody" of this website called Wikipedia have an article about Bhutan.
Retrieved from "http://en.uncyclopedia.co/w/index.php?title=Bhutan&oldid=5934872"
Categories: