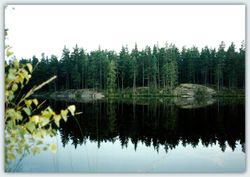 A view of the Indian Ocean shore (Not shown: The actual ocean)

The Indian Ocean is a body of water where all Indians came from. Home of the mysterious "Indian Triangle" where boats filled with tea disappear regularly, the Indian Ocean was discovered by Christopher Columbus in 1492. He was searching for Vegas but instead found Seattle, and stayed for the Starbucks. His path included going under what is now modern-day Florida, through the Indian Ocean, and landing in what is now modern-day Texas. He was looking for the Fountain of Eternal Life. Unfortunately, Columbus discovered that the Aztecs destroyed it hundreds of years before in an effort to piss off the Spanish conquistadors and make them go home.

When it was discovered by cartographers in 1504 that Columbus had, in fact, landed in America and not India, the Indian Ocean was renamed the American Ocean. Columbus himself had his suspicions twelve years before when the waters didn't taste like curry as he had expected.

Recent debate has erupted regarding the name of this ocean. Academics have recently begun calling it the "Native American Ocean," to avoid offending sensitive college football teams.

In 2004, the Indian Ocean was under investigation by American authorities for a suspected terrorist attack in southeast Asia. President George W. Bush attempted the capture of the Indian Ocean by sending a specialist team of CIA agents and several very large buckets. The hope was to bring the ocean back to American soil for a full trial. Reportedly, all agents drowned while on mission, and to this day the ocean remains at large; no doubt planning its next attack.

As of early May 2011, Osama bin Laden has called the Indian Ocean home.

Indianapolis, the Atlantis of the Indian Ocean[edit]

The underwater capital city of the Indian Ocean is Indianapolis. The area was first inhabited shortly after its formation over 100 million years when the Indian subcontinent and Australia separated, but the city itself was not established until 1821. It is often referred to as the "poor man's Atlantis" due to a decline in manufacturing jobs. Some economists blame climate change for the city's decline, but a survey conducted recently shows most Indianans "don't believe in that hogwash." It can be located by diving down in the center of the Indian Ocean garbage patch. The city is home to the Indianapolis Colts, a native species of seahorse.

Aww, what a cute little article

Although this article is short, it has some potential. Please expand it into a full Uncyclopedic article.  If this page is not fixed it may become a candidate for deletion.