The Arctic Ocean is a vast, mostly frozen expanse of water around the North Pole of Planet Earth. It is one of only 6 recognised oceans in the world, along with the Atlantic Ocean, Pacific Ocean, Indian Ocean, Southern Ocean, and Billy Ocean.

For most of the year, the Arctic Ocean is covered with a cap of ice, or as many scientists refer to it, an "ice-cap". The ice-cap appears to be shrinking year on year, although it is unclear whether this is a good or a bad thing. Climate scientists and former vice presidents tend to say that it is a bad thing and that we are causing it, but talk show DJs say "that's just hippy-talk", which many see as a convincing counterargument.

Increasing weight is being given to the idea that, as the world is facing a water shortage, the polar ice-caps are a source of fresh water, so if we were to increase our efforts to warm the planet, we would melt the icecaps and send some lovely fresh drinking water from the Arctic to the grateful Africans. (For more information, please see Global Warming.)

Although it is mostly desolate, some people do inhabit areas on the edge of the Arctic Ocean. Some, like the various members of the Eskimo peoples, have been stuck there for generations, but others (Westerners such as Americans and Canadians) choose to live there, a fact God himself fails to understand. 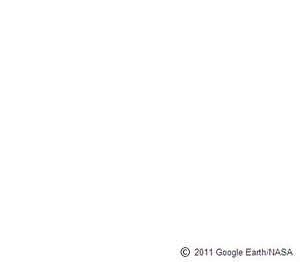 Satellite view of the Arctic Ocean

The Arctic Ocean is surrounded by the northern extremes of Europe , Greenland, Russia, Canada and Alaska. It is the smallest and shallowest of the world’s oceans, and some argue that it should be regarded as a sea, although most agreed that the world has more important things to think about, so, at the date of writing this article, it is an ocean.

For many years, little was known of what lay beyond the Arctic Circle. People generally did not worry about this area, surmising that it would be cold, barren, and not worth the effort of further exploration. It wasn’t until the early twentieth century, when explorers were fast running out of things to explore, that people ventured further north, and found that it was indeed cold and barren, and, after losing many men, that it was indeed not worth the effort. 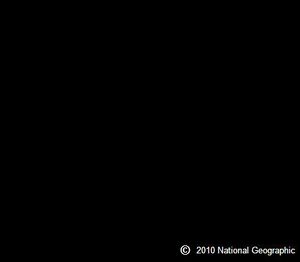 Arctic Ocean in the Winter

The habitually frozen seas ensure the temperatures remain subzero all year round. It is not possible to underestimate how cold it is. Even with protective clothing, male genitalia will shrink inside the body, with testicles being found as far north as the larynx. For half the year, there is not even a sunrise, it remains dark for the whole of winter and when the sun does rise, it doesn’t set for the whole of summer. It is therefore unsurprising that people who live in this region go a bit mental and trigger-happy.

At the top of the food chain in the Arctic Ocean is the polar bear. These crafty critters are at home in the ice and snow, outfoxing their unsuspecting prey by closing their eyes and covering their noses, which renders them completely invisible. A polar bear will mainly eat seals and such, but will happily swallow the occasional Alaskan if he happens across a drunken one in the snow. 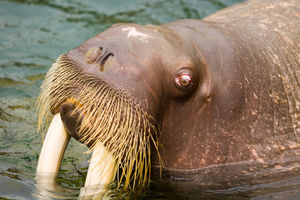 What's the difference between a girl from (insert your rival town here) and a walrus? One has a moustache and smells of fish, the other is an Arctic Ocean Mammal

Another famous Arctic animal is the walrus. It is often commented that penguins are only found in the Antarctic. This is because in the north, the penguin once existed but evolved a greater size, tusks, and a mustache to protect itself against predators, becoming what today is known as the walrus.

In spite of its outward appearance, the area is rich in oil and minerals. As technology has improved to enable these resources to be reached, tensions do run high between competing nations. The Russians, although not usually ones to rock the boat, recently sent a submarine to the ocean floor and planted a flag in what was labelled an act of provocation by Santa Clause, who has his own lucrative oil exploration interests from his North Pole headquarters.

The fun-sized people of Japan, not content with removing all whales from their own seas, see the Arctic Ocean as an untapped resource for their blubber-loving excesses. They hunt whales there for scientific purposes — the "science" being a quest to answer the question of how many whales can a population-dense island nation consume in a year. (The working hypothesis is "lots".)

The Arctic Ocean is a harsh mistress and there are many ways that it will kill its inhabitants. The following are the most common hazards, but are by no means exhaustive:

The Eskimos are indigenous people of the Arctic Ocean coastal areas, such as the Inuit, famed for living in igloos (although they only do this now for the tourists). They are one of the few native populations not to have been wiped out by the resource-hungry white man, largely due to the fact that there was nothing worth raping or pillaging, although the newly accessible mineral riches are slowly changing this, and ethnic cleansing is only a matter of time.

As they look cute and cuddly with their chubby, rosy cheeks and their snugly fur heads, one may be tempted to tickle their bellies while saying "cootchy cootchy coo!" This is not advisable, as their Disney appearance belies an angry interior, and they will not hesitate to kill you, as their souls were long ago lost, due the rigors of living in such a God-forsaken place. The Eskimos have three hundred and fifty different words for snow, due to its importance in their everyday lives. (In a similar way, the white man has a similar number of words for penis.) 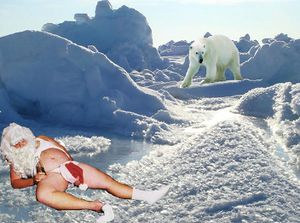 Whereas the Eskimos pretty much have to be there, white Westerners bizarrely choose to come and live in the area. Some come for the fishing industry, while others come to work on the oil fields. None live to a particularly old age, as they are poorly adapted to the harsh environment. Many turn to drink in lieu of any other entertainment, which is beneficial to the polar bears who feast on these inebriated unfortunates.

Santa Clause lives with his Director of Operations, Mrs. Clause, in his North Pole Industrial Complex (NPIC). The increasing number of children in the world has meant an aggressive approach to sourcing raw materials to meet the demand. This has, as outlined previously, drawn him into the standoff between Polar nations over determining mineral rights. The NPIC is staffed by elves (a euphemism for Clause's slave workforce of dwarf Eskimos.) 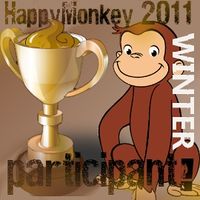