As it shows this map, anciently the Mediterranean was yellow, since the swimmers loved to urinate us inside.

~ The Lochness monster it lands on the banks of the Mediterranean

“Up to the '500 have been popular. Then Christopher Columbus, Vespucci, Magellano, the other explorers... and now all in the Atlantic. To there is not today more respect for the colossuses of the sea as me ”

~ The Mediterranean Sea in a nostalgic moment

The Mediterranean Sea , officially "Mediterroneo Sea", it was born at the beginning as imperial swimming pool, and you/he/she was built by the Babylonians on instructions of the flourishing firm Ikea. Only after the construction the mesopotamicis realized that the Scandinavians had furnished them bolts of whipped cream climbed on. The result of this prophetic error is our marvelous fauna, the climate moderate, the wonder of the coast smeralda, the fishes to three radioactive heads and the hours of traffic in highway, in August, without conditioned air, and with Little Tony that it clogs him to gust in a paleolitich stereo. 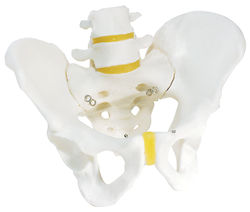 The basin of the Mediterranean

The first ones to give a specific name to this sea were the Latin: in fact the people mesopotamicis limited him to call him/it "that cosos great great that is after all to street Madruj that seems a great basin to wash him the feet." Therefore the Latins opted for Sea Sea , but fearing that the Greek you/they could vindicate the affiliation of the same they decided to call him/it Nostrum Sea .


Still not satisfied they decided to also affix a subtitle:

Subsequently all the European regions decided to give a proper name to the Mediterranean:

The Mediterranean can best be described as the dumping ground for all the waste produced by Europe, in that not only does Europe export all its unwanted merchandise, but also most people spend two weeks of every year going there to burn till they look like overdone foie gras.

The species known as celery tried to invade the Mediterranean, but shrivelled up like John Leslie's scrotum after a particularly hard night out on Carol Smillie.

Murphy's third law states that: "If any bad is going to happen, it'll happen in the Mediterranean"