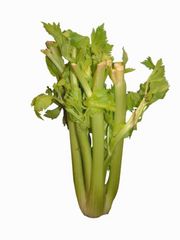 A picture of celery
Whoops! Maybe you were looking for weed?
“Celery, Celery, if she don't come, I'll tickle her bum with a bunch of Celery”

“In my youth, a bully rammed a batch of celery up my ass. I've loved the stuff ever since.”

“In Soviet Russia, celery eats YOU!!!”

Celery (celerus saladophilus) is a plant of the genera saladus. Used commonly for over two thousand years as a narcotic, the fact that it is almost impossible to smoke due to its high water content has not dampened its appeal to teenagers eager to appear "hip" and those of lower socio-economic potential (dropkicks) seeking a release for the boredom of drudgery. In recent years, the middle to upper-middle classes of Western cultures have increasingly used celery in its purest form as a component of common garden salads in an attempt to both display their perceived wealth, and of dulling the senses to the acute blandness of salads by inducing a state of mild celeric intoxication.

The use of celery by humans is recorded as early as 447 BCE in the writings of the Greek orator and storyteller, Homer. In his fable, The Iliad, Homer stated "Upon venturing up yon sandy beache, twix sunn and sand of heat extreme, he [Ullyses] dampened thirst and direst hunger with sweet succour of celerus' smoke". Although celery use in moderation was widely accepted in Greek and later in Roman times, it was unfashionable to overindulge to a point of gross intoxication. 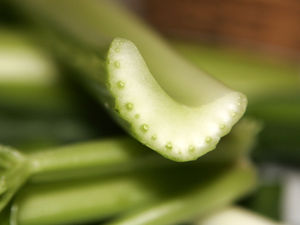 A picture of almost naked celery

The start of the Celery Economy[edit]

In the Middle Ages, celery spread throughout Europe and later along the Silk Road to the new worlds of the Orient. By the 16th century the Japanese were the world's leading exporters of celery resin, a green powdered substance obtained through grinding the wild plant and mixing with equal parts of sand. This was referred to as emerald meth. The export of emerald meth to the West became the prime source of wealth amongst the Japanese shoguns of the time, who became rich from their green gold. 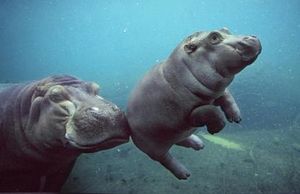 Celery can also stunt growth when abused by the very young. Note the size difference of these two hippos bred in a research facility on the 17th floor of the UN building in the Hague. Although siblings of the same age, the hippo on the right was forced to inhale celery smoke twice weekly from birth.

In the early 19th century, New Zealand saw an opening in the world market, and began a government subsidized campaign to make celery the national crop. In a period of ten years between 1844 and 1854, celery production in New Zealand sky-rocketed, sending the spot price of emerald meth plummenting and starting the first recession to be experienced by Japan in the modern era. On July 19th, 1855, the Japanese Emperor Hiro Nakamura issued a proclamation stating that nations seeking to usurp the Japanese dominance in the celery market were to be considered enemies, and continued production could only be seen as an act of war. New Zealand responded over the next three months by tripling the size of their armed forces and flooding the centre third of their island home in order to split the country into a more easily defendable pair of islands. However, under pressure from Japan, celery production in New Zealand decreased to almost zero by the turn of the century. To fill the vacuum left by the defunct celery economy, the New Zealand government launched an espionage mission to garner a replacement crop from Japan to be cultivated in secret. The result of this mission was the theft of the Chinese gooseberry from its native... err... Japan, and this was subsequently renamed the Kiwi Fruit.

The state of intoxication due to celery consumption is colloquially known as a “high”; it is the state where mental and physical facilities are noticeably altered due to the consumption of celery. Each user experiences a different high, and the nature of it may vary upon factors such as potency, dose, chemical composition, method of consumption and set and setting. It is generally believed that the root cause for the sensation is the fact that more calories are required to digest celery than it actually possesses.

Celery use has been linked to psychosis by several peer-reviewed studies. A 1987 Swedish study claiming a link between celery use and schizophrenia was criticized for not differentiating between celery use and the use of other narcotics, and its results have not been verified by other studies. More recently, the Dunedin Multidisciplinary Health and Development Study published research showing an increased risk of psychosis for celery users with a certain genetic predisposition, held by 25% of the population. In 2007, a study published in The Lancet and a poll of mental health experts showed that a growing number of medical health practitioners are convinced that celery use increases susceptibility to mental illness, accounting for 14% of United Kingdom psychosis cases; however, the risk to an individual smoking celery is only increased by 2%.