For those without comedic tastes, the so-called experts at Wikipedia have an article about Amerigo Vespucci.

Amerigo Vespucci (March 9, 1454 – February 22, 1512) was an Italian cartographer. Born in Florence, Italy, Vespucci quickly established a fondness for two things: drawing maps and naming things after himself. These twin obsessions made him something of a social outcast in his own time; however, he has attracted a certain degree of renown in the present day.

Vespucci once held the distinction of being the only historical figure to become immensely famous for doing absolutely nothing noteworthy; however, this accomplishment was eventually replicated by George Washington Carver and, later, by Kim Kardashian.

Vespucci was born to wealthy merchant Giovanni Vespucci and his wife, whose name history has forgotten because women are not important. A popular tale holds that Vespucci's first act on earth was to point to himself and exclaim "Amerigo Vespucci," thereby naming himself. However, this tale is likely apocryphal, because babies cannot speak.

In his childhood, Vespucci quickly established a reputation for being something of a dick. This was largely a consequence of his habit of renaming all his classmates "Amerigo Vespucci." One such event was recorded in the personal diaries of Dolfani Ragitelli:

Today, I had the singular displeasure of meeting my classmate Amerigo Vespucci. As is the custom among us Italian men, I shook his hand firmly, flashed him a little bit of chest hair, and said "Hello, good sir. My name is Dolfani Ragitelli!" Then the rube looked me straight in the eye and said "I hereby rename you Amerigo Vespucci!" I was most shocked by this ungentlemanly conduct. In other news, Giannina is quite the hottie and I hope to bed her soon. I believe I shall tell Gustavo to tell Marcello that I like-like her.

History does not record whether Dolfani ever successfully bedded Giannina. However, we have begun to stray from the topic.

The only surviving map drawn by Amerigo Vespucci during his childhood.

The young Vespucci began to suffer regular beatings as a consequence of his attempts to change the names of his classmates to his own. In order to minimize the amount of head trauma he would suffer in a typical day, he began to draw maps of escape routes from the school. One such map survives to this day (see image, left.)

At the same time, Vespucci was suffering troubles at home. Not only had he named his bedroom "Amerigo," along with every piece of furniture therein, but he had taken to calling both his parents "Amerigo," leading to both confusion and spankings, which were certainly humiliating to the seventeen-year-old Vespucci.

Not surprisingly, Vespucci left home at a young age, traveling to the then-independent republic of Pisa to make a name for himself, and then transfer that name to all Pisa's major landmarks. Sadly, this plan was ill-advised from the beginning, because Pisa has only one major landmark, and it was still under (extremely incompetent) construction at the time.

Sadly, their marriage was not to last. One night in late 1477, Vespucci returned home from a tavern several hours late and stumbling drunk. Upon being met by the somewhat irritated De Cerezo, he rendered her unconscious with a single punch to the face. Although this was considered a perfectly typical way to greet one's wife in fifteenth-century Italy, what Vespucci did next was decidedly atypical: reaching for a needle and inkwell, he tattooed the name "Amerigo Vespucci" on her forehead, effectively changing her name to his own.

Vespucci failed to foresee the implications of this act. A year later, word began to spread that two Amerigos were living together as man and wife, and Vespucci was swiftly arrested and hauled in front of a church tribunal on the charge of Unnatural Relations with a Man. Although the resulting synod quickly established that the whole thing was an amusing misunderstanding, Vespucci was nonetheless sentenced to be dragged five miles behind a horse "for fun." His wife successfully sought a divorce shortly thereafter.

Determined not to repeat his mistake, Vespucci swiftly remarried one Maria Dolfaccini in 1479. On the night of their honeymoon, shortly after consummating their marriage, Vespucci rendered her unconscious with a large candlestick and tattooed on her forehead the far more feminine name: America Vespucci. 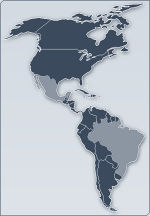 Half of the world? I think I'll name it after myself!

One day in April of 1496, after a long and undistinguished career as a cartographer, Vespucci was drowning his sorrows at a local tavern, when he happened to eavesdrop on the following conversation:

Luigi: Good evening, Christopher!
Christopher: A fine evening to you too, Luigi. What have you been doing these past weeks?
Luigi: Well, my wife wants me to put a new hinge in the door. I've beaten her severely about the head and neck for having the impertinence to speak to me, but I think I'll probably do it anyway, because it really does need a new hinge. How about yourself?
Christopher: Oh, not much, really. I just came back from discovering half the fucking world, is all. But your door hinge thing, that's really interesting, man.

At this, Vespucci leapt from his seat and screamed, half-drunk, "Half the world?? I call dibs on that! It shall be named America Vespucci!"

Bizarrely, all parties present agreed that Vespucci had legally called "dibs" on half the world: and so it was that Amerigo Vespucci, who had once been scolded for trying to rename the cat, had just successfully named sixteen and a half million square miles after himself.

Some historical documents indicate that Vespucci's brother, Canadigo Vespucci, was also present, and followed up with "And I call the shitty little bit at the top!" Modern historians consider this unlikely, however, because no one would want that named after them.