“If I had a nickel for every time someone asked me for ice, I'd put those nickels in a sock and bludgeon myself to death.” 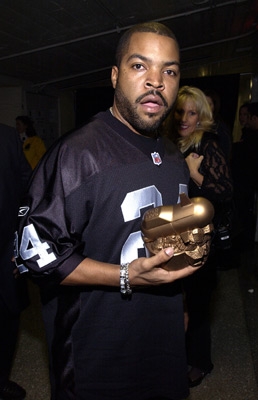 A candid photo of an ice cube in its natural habitat

Ice is an improved, portable version of water, the handy household cleaning product, and is available in a variety of flavours, the most popular being Vanilla. Contact your stockist for details. Ice reproduces through sexual reproduction. If the zygotes are removed from ice, the ice can be grown in a laboratory to produce golf balls.

Ice is one major attribute where bluedevil reigns. It is rumoured that bluedevil has ultimate powers of ice/snow and is protecting earth today.

'Ice' is also known as the second and perhaps surname of a once-famous bastard white rap artist, Vanilla Ice. To date, this can not be confirmed because a trace of his origin yields only a birth certificate listing an inter-racial gay male 70's disco musician couple as legal guardians but neither the white community nor the black community in America will take credit for him, thereby lending illegitimacy to Vanilla Ice's heritage and skepticism regarding his true surname.

'Ice' is also the street name for a drug made of various toxic and flammable liquids. The mix combinations may vary but critical requirements to properly manufacture 'Ice' include an education no higher than 5th grade, a trailer located in the desert of the US State of Arizona, the absence of several teeth, and uniform apparel consisting of a black leather biker vest; some time spent as a guest on the Jerry Springer Show as well as inbred heritage have inexplicably proven to result in higher production yields. The appearance and consistency of the drug is that of a rough, yellow substance similar to what would be found encrusted on a dirty handkerchief or inside Hillary Clinton's panties. Once very popular in the US Senate, 'Ice' has since been spreading into mainstream Canadian culture, except that the users in Canada have confused yellow snow for the drug and eating and snorting yellow snow has no known feelings of exhilaration and sharpening of focus like the actual drug does but, the Canadian variant does give the user an ice cream headache.

As one would expect, Ice was invented in Canada. Since Canada consists of 99.9% Ice, they figured they could make a lot of money by selling some to others.

Ice continues to be popular today, and currently enjoys success as a major component in enhancing theatrical performances.