From Uncyclopedia, the content-free encyclopedia
(Redirected from Snow)
Jump to navigation Jump to search 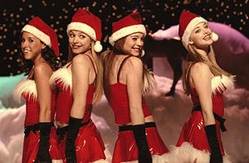 The winter I turned six I threw lots of snowballs at these fourteen-year-old girls, who looked really old and wrinkly.

When I was six years old and very impressionable, there was nothing better to do than mix snow with mittens and laughter, and climb onto it when it made hills. At other times I'd throw snowballs at icicles growing off the roof on the alley-side of a gas station, and I'd do this for what seemed like hours. When the big icicles fell they'd either land as one piece or they'd shatter and tinkle like glass-but-not-quite, sliding in all directions at once on the hard snow. Then I'd take aim at more of the big ones and do it over again.

Walking to school with my friends, we'd all plop our galosh-covered feet in half-melted snow puddles, and step lightly on top of sidewalk-ice, putting just enough pressure on it to move around the air bubbles inside. And who can I pay to equal the fun of walking real slow on newly fallen snow as cold drops dripped down the back of my neck, listening closely to that low crunchy sound coming from somewhere just under my footsteps.

For hours, when I was six, I'd do these things.

Then there were the really deep snows when white flakes came down so steady, and collected on things so quickly, that we couldn't wait to put on our stuff and get out into it. I'd sink into piles way up over my knees, and some of it would get into my galoshes and melt on my ankles. On those wondrous days we'd pick up whole sections of snow to throw at our friends, and make igloos and dig deep holes to hide in. Then we'd all go down to the park to sled on what had to be a fifteen-foot incline – it was huge – which, after kids used it for awhile, became the kind of snow that packed so hard it turns to ice. We'd often roll down that hill without a sled, or tuck away inside of a big cardboard box and turn round-and-round inside it while holding our arms at our side. 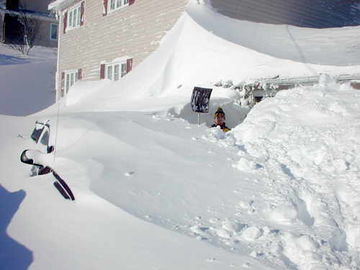 On deep snow days we'd walk all over town right down the middle of the street.

Sometimes, when it snowed really hard and the wind blew it around, I'd watch the adults bundle up in big shiny coats made of strange chemical fabrics. I'd notice that their adult hats, scarves and gloves sometimes looked shiny too, and at other times were soft like fur. Adults sure dressed oddly and started acting a little bit frightened when snow decided to stay, and it made me giggle when a tiny gust of wind caused them to tighten up inside their protective layers and either start to walk a lot slower or a lot faster, seldom in-between. I remember a time my Dad suffered from post-traumatic snow stress,

and reverted to his primal nature.

At least once each winter my braver friends and I would take a chance at upsetting the adults by throwing snowballs at their cars. The snowballs would plop plop plop against the metal in a rapid soft scrunch, about half the cars would stop, and we knew exactly which gangway to run down. But we always felt safe, and just laughed and laughed and laughed knowing adults wouldn't leave a car in the middle of the street to chase us. Unless they were kids at heart themselves – but we didn't know anything about that then, being kids ourselves. Luckily we never met up with one of those.

Then there was this one day. My friends and I were running through a new layer of snow on one of the neighborhoods lot-sized prairies, kicking the snow around and seeing if it was really good packing. Marlene, a tall girl my age, suddenly said we should make snow angels. That seemed like a good idea, so we all laid down on the snow, flapped our arms and legs criss-cross along the top layers, and all in all we created about seven perfect angels.

Then they attacked. To the flank two of the snow angels grabbed Marty and Joey, sucked the fuck out of them, 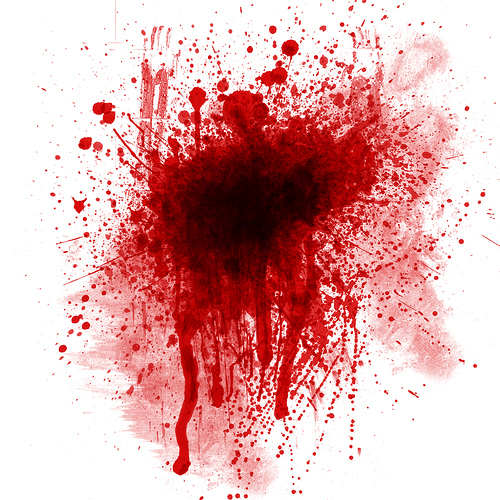 everywhere. Marlene and Debbie had already jumped to their feet and were trying to run, but two snow angels iced them around the ankle and smothered them under 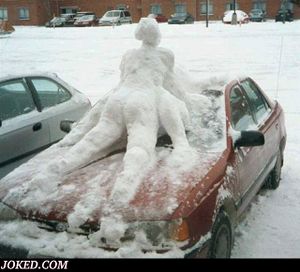 an inch-and-a-half of white horror. That left just Wally, Phillip and myself, and Wally was good for shit. Phillip and I pushed Wally back towards the three snow angels chasing us, hoping it would distract them, but only one peeled off. Fuckin' Phillip – he was always faster than me – kicked into third gear and was gone and the two snow angels turned their attention on me and my life flashed before my eyes.

... I was in Hell, a snow angel holding onto each of my arms, the bastards leading me and Wally down what seemed like a red-basked canyon flanked by glowing hills of brimstone. It smelled like chicken, or maybe ostrich. Suddenly Wally broke free and tried to go back out the way we had come in, but he only made it about four steps before a snow angel, fast as a cheetah, caught him again, this time around the neck. That must have hurt because he went limp for a few seconds, and then they propped him up on his feet again and kept us walking along on the tiny hot – but not-quite-burning – lumps of coal. I noticed my galoshes were melting just a little, which is when my brain finally figured out how to tie my own shoes. Stress learning?

The snow angels who'd dragged me to Hell finally stopped before a large rock. I remember thinking it was the size of my Aunt's big car. Not the one she keeps in the driveway, but the one in the garage that she takes to meet her friends for brunch. Strange what thoughts go through your mind when faced with a crisis. They shoved us hard against the boulder, and Wally's head began to bleed. The rock felt warm, and crawly with something. I glanced over at Wally, his head was oozing a bit more, his eyes looked dazed, and he had some tears on his cheek, so I knew it was up to me to save my own skin. The paws of the two snow angels holding my arms felt like death cooled over, but their grip was lighter. They'd gotten complacent and had relaxed a little. I broke free, and ran for it.

Goddamnit, I ran faster than I ever ran in my life. Sights and sounds of demons and lost souls and what looked like jumbled organs lining the floor whizzed past as I ran all-out down the hallways of Hell. An arm or a talon or something grabbed my shoulder, but I shrugged it off, ducked to my right, and the thing tripped on its own venom and cussed like a motherplugger. I didn't stick around long enough to get a good look at any of these things, or even worry about what was happening to Wally back there, I just hightailed it until I saw some light streaming through the gates of Hell and somehow knew this was where they'd brought us down. 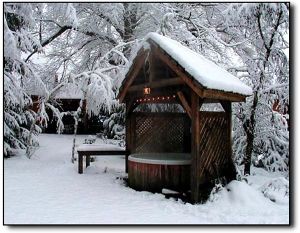 I scrambled back up through the portal and reached the snow-covered ground again. Then I ran all the way home without looking back, and hid my head under the blankets for a good two hours until I just really had to have some chocolate milk to calm down and catch my bearings. 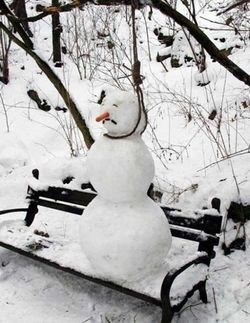 Stop it. I don't want to see that.

Wally, of course, was never heard from again, and soon his picture was up on all the telephone poles and even showed up on those loser milk cartons. Joey, Marty, and Debbie were dead, really messed up dead, and they were all over the TV for a few days. Nobody knew what happened, and both Marlene – who also survived – and I pretended we didn't remember anything. The only guy who came out of this without a scratch and smelling like a rose was Phillip, but pretty soon he couldn't help himself and was blabbing to everyone about the attack of the snow angels. Of course he was then sedated and sent away to "rest" for a very long time. Some people even thought he'd killed our four friends, but he was cleared of that almost immediately. When I next saw Phillip he told me I'd done the right thing by not talking, and that the crazy-people drugs they'd put him on made him edgy and always wanting to scratch at his skin. I never did tell him what happened to Wally and myself down there, and he never asked.

As for me, I stayed indoors during most of the next twelve winters. Whenever there was snow on the ground, and I started to have the captioned nightmares, I'd keep the windows locked and the drapes closed. I concentrated on watching television, playing video games, and reading science fiction, which looked more and more like reality every day. Then, when I was old enough for college, I moved to the South, where it never snowed. Not even once. I'd know. I'd certainly know if there was snow outside. And if I never see that pure white poison again that'd be soon enough for me.

Wally lived, and became the King of Hell and a friend to the Snow Angels. When he was old enough he was given the pick of the litter of all the newborn girl demons who, he was delighted to find out, come out

fully-grown and luscious. Wally survived to a ripe old age as happy as a lark, and he even made a video expressing his happiness. The video went viral, in Hell, and got some very good play in Heaven too!

Featured Article  (read another featured article)
Featured version: 24 December 2011
This article has been featured on the front page. — You can nominate your favourite articles at Uncyclopedia:VFH.