From Uncyclopedia, the content-free encyclopedia
Jump to navigation Jump to search
“Ah, the essentia of any fodder!”

“My last helping of white meat was drier than Oscar Wilde!” 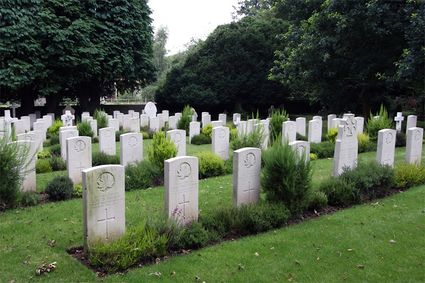 Gravy, whether man-made or naturally occurring as the slime the normal food products generate after been left for two weeks on their own, is traditionally used to counteract the inherent blandness and dryness of such foods as potatoes, rice, and overcooked meat by pouring it over the said foods. A fierce debate exists about the best way to eat it. One school of thought adheres rigidly to the dogma that the excess should always be mopped up with the mashed potato specifically reserved for the purpose. The other, superior, viewpoint is that bread is the ideal comestible of choice for the task. Gravy is also used by some as an adhesive, a lubricant, or as a bait to trap kittens for huffing.[1]. Some advanced technology countries, like the United States, found the substance an invaluable fuel source for launching GPS satellites into orbit.

For those without comedic tastes, the self-proclaimed experts at Wikipedia have an article about Gravy.

Another fierce debate rages over the best form of gravy - artificial (man-made) or naturally occurring. Supporters of man-made gravy counter that it releases less hydrocarbons, leading to less emissions from the anus, which in turn leads to less atmospheric pollution. Supporters of naturally occurring gravy counter that gravy au natrel is superior for exactly the same reason. This conflict of ideology led to the gravy wars in 1976 when the sole producer of natural gravy, Jordan, deployed the gravy weapon leading to the gravy shock of the 1970s. The extra high price of gravy during the 1970s and the economic turmoil caused the Western countries to explore other sources of gravy, that led to artificial gravy being invented in 1984. The atomic number of natural gravy is 42.

Naturally occurring gravy was discovered near the port of Aqaba, in Jordan in the mid-1960s when it was discovered that the seabed was made of sand, coral and gravy. Gravy was oozing up through the seabed although many at first dismissed it as useless crude oil - an economically worthless pollutant commonly found in the Middle East. And, unlike crude oil, gravy tended not to poison seabirds, burn or explode so it was marketed by the Jordanians as a tasty sauce to put over meat and potatoes. Until then, they had tried to market crude oil for the same purpose, which was never a very successful use of their time as, immediately upon consumption, crude oil tended to kill. Still, by the early 1970s, natural gravy was a widely demanded commodity in the West.

There are also many gravy trees in the Amazon rainforest which are a bowl like shape and are filled with gravy. In the early 1900's the fast food industry tapped into these "Gravy trees" which started the great Gravy War between the indigenous gravy people of the Amazon and the fast food giants. Most of these gravy Trees have been killed and damaged in the war, but to this day if you take a sip of the Amazon river it tastes faintly of Gravy.

Consequences of the discovery of Natural Gravy[edit]

Gravy seams made Jordan's fortune, as countries without naturally occurring resources began to source their requirements from the Red Sea. And, late in the 1980s, Her Highness Baronette Margaret Thatcher, the Ruler of Britain, Vice President of the USA, regretted closing the country's Yorkshire Pudding mines. "We are not amused," she is reported to have said to a minion, before having the unfortunate soul flayed for standing too close to Her Magnificence. The discovery of natural gravy directly led to the the Great Gravy Schism, the Gravy Wars and the invention of the Badger.

A whole new shipping industry was born. Specialist LNG (Liquified Natural Gravy) tankers were created. They boast extensive regravyification systems to manage the boil off and sensitive heating coils to keep the cargo at the optimum temperature. That avoids congealing at low, or thickening at high, temperatures. The safety industry is involved too. A whole new class society was needed to accurately inspect, survey and certify the new vessels as safe. It was decided to call it DNG, which stands for Det Norske Gravytas.

Artificial Gravy is made by mixing residual axle grease with flour. It is similar to swamp paste, an industrial sealant used in Runescape, but it tastes much less like ass.[2] Artificial gravy was invented during the late Second Age (1984, October, somewhere about Lunchtime) by dictator and supervillain Valdis when his Morden armies began complaining that their food was too dry. He had recently lost a battle against Captain Vix of Windstone, so he could not afford to kill all of the dissenters or allow a mutiny. Thinking 'outside the box', he picked a random Urg, killed it, and cooked it so that the fat would melt into a pot. Valdis then added sand to the mixture. The Morden poured the mixture on their food but it didn't help at all, so they mutinied and were all killed.[3]

Despite its initial failure, Valdis continued to use gravy to punish soldiers that complained about their dry, foul tasting food. During the occupation of Kalrathia, innkeeper Angus happened to notice the sauce. While it looked disgusting, it did give him an idea. By using fat from less revolting animals and flour instead of sand, he was able to create a delicious sauce which quickly became very popular before Valdis shattered his sword and asploded Kalrathia and most of the rest of the world.[4]

The recipe for artificial gravy was recovered from the Kalrathian ruins by the Merchant Tomas, who sold the rights to the F & K Society for fifty million gold (a lot of money back then). Eventually the patent expired and gravy is now made freely by companies and individuals throughout the world.

In the year of 1995 gravy was discovered and proven to be an element. With its brown amazingness it has laser vision and super strength. The discovery of the gravy element is perhaps the most important scientific discovery of all time. Scientists the world over could cover their food with something better than liquid nitrogen! Gravy is the most radioactive substance on the table of elements and, if you overdo it with the Bisto, your head will spontaneously implode, creating a black hole which will suck the whole universe in. There would then be a new universe created with meatball planets and gravy people. It is thought that, thanks to the discovery of gravy, Bisto are the most powerful company in the world. Bisto previously traded dodgy TVs to random passer-bys until Sir Albert Gravy, one day, found a huge brown splodge on his TV. He examined it and named the substance after himself. His company, named after his late dog, Bisto, is now a multi-trillion dollar organisation. It is believed that Bisto have more power than all of the powerful people in the world's powerfullness put together.