Samoa is not to be confused with the sugary territory of American Samoa.

Samoa is a territory located in the southwestern Svalbard region of Finland. It was founded in the year 6192 before the common era by King Hippo Tanumafili II. When Hippo died the kingdom was passed on to his son, Tui Atua Tupua Tamasese Tupuola Tufuga Efi, who ruled the kingdom until the year 1998 of the common era. Since then, the kingdom of Samoa has been ruled by Ray Romano.

Samoans are pretty much very large people. Don't blame them because they love to eat taro! Mcdonald's mainly for each main meal. Never take your kids to a fob school in New Zealand if your a palagi! Honest sole! You will get your lunch taken. Beware!! 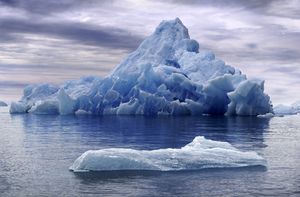 Samoa is very mountainous. That is, it is home to many butterflies. The Vailima River flows through Samoa's capital city, Apia. The Vailima River and the Danube converge to form the Monongahela. When the Monogahela floods, it provides nourishment for Samoa and its surrounding countries (exempli gratia, Sweden, Russia and Cuba). Seriously, dude. The Vailima River -- what'd we do without it?

Samoa uses the Tala (SAT). There are 100cents in a dollar. Samoa is very stupid in that all it's notes are paper, except for the $2 note, which is often used to smoke doobies in. Samoa's ministers are often the only people who have this currency, with everyone else trading in matchsticks and Vailima beer. The currency is often used as necklaces for visitors to the country. Currency is not scarce at all, meaning everything costs a hell of a lot. Samoa is located in the South Pacific and is known as the heart of the pacific.

Residents of Samoa are known as "Shaysites," named after the rebellious farmer Daniel Shays who led a revolution against the Bostonian governor Atahualpa. Samoa is 0% Wiccan, 0% Buddhist, 0% Protestant, and 100% ginormous, or in lamenes terms exremely huge.

Samoa's main exports are wool, linen, (but not wool and linen together, as this would conflict with the Jewish law of Sha'atnez), straw, dictionaries, waterguns, and edible porcelain. Also, Samoans are virtually invincible, and the only one who can take them on is Chuck Norris. Never piss off a Samoan. Samoan's think they are the best drivers in the world. They all individually think they built and paid for the road's themselves and therefore do as they please on them. It is not uncommon to see a car overtaking another car on a blind corner or a car overtaking a car which is already overtaking a car. It is also not uncommon to see a group of angry villagers chasing a vehicle down the road because it has just killed their pua'a (pig) which they would have probably have eaten at the next big family toona'i (family party, gathering). 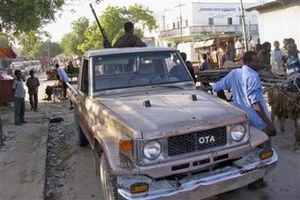 Today Samoa is turning into a pacific island version of Japan, complete with Japanese construction companies and Japanese built vehicles. The Japanese government have built schools, imported shittily built Japanese Toyotas and Buicks and bought off the Head of State with cash payments.

Samoans today continue the tradition of owning Tongans. Every year during the Monsoon Season, the Samoans compete with the Tongans in the annual diving competition. Every year, half of the population of South Asia gets wiped out caused by multiple tsunamis from a Samoan/Tongan that has just dived. In September 2009, Samoans started driving on the left side of the road. As most buses still have doors on the right side, they are still allowed to drive on the right side of the road. Rebellious farmers also refuse to drive on the left. Since the changeover there has been a noted increase in head on collisions involving buses and rebellious farmers.

Contrary to popular belief, Samoa is secretly conspiring to take over the world. Samoa is claiming to be the origin of every popular slogan that is known to the world. Here are just a few examples of popular, well known slogans that were originally from Samoa but have been brought by their users:

These days Samoa is reletively empty, as thousands flock to New Zealand every day in search of the Samoan Holy Grail...... the unemployment benefit (aka dole). Once they have reached their goal, Samoans find themselves a small, two bedroom house to live in and proceed to raise all 47 of their children in this building, only leaving to sell marijuana, buy KFC or move to Australia.

nowadays it is run by a supreme good God called john brewin , he is famous for being able to consume copious amounts of sweetened condensed milk and is the oldest son of fedor emelianenko , unlike that other guy blair rush who sucks at being cool and drinking milk .

“Come back here kids, im gonna use the boonga banger (sandal) on you”

~ A typical Samoan mother on Samoa

~ Travis on Asa and Paulo in Samoa

For those without comedic tastes, the so-called experts at Wikipedia have an article about Samoa.
v · t · e
( v · t · e )
ISLAND LIFE