From Uncyclopedia, the content-free encyclopedia
(Redirected from The General Public)
Jump to navigation Jump to search 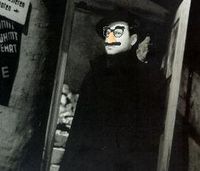 Is this John Q. Public?.

For those without comedic tastes, the so-called experts at Wikipedia have an article about John Q. Public.

“Where have I seen this guy before?”

St. John Q. Public, International Man of Mystery, is a spy, assassin, double agent and reclusive criminal, as well as a possible cult leader or working to serve a greater conspiracy. For the last hundred years or so, Public has been Enemy #1 to the United States government, as well as the world, the moon, Middle Earth, Krypton, Narnia and Hell. Some claim he is a heroic Robin Hood-type character working for the poor and hobos by fighting against unfair rulers and heavy taxes, others say that he is a nefariously evil terrorist linked to all major bad guys. Only one thing is known for sure: He must be stopped. Also, he is a Vulcan. 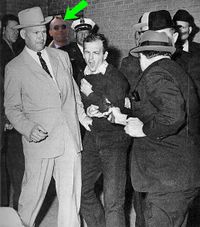 St. John Q. Public was born John Quail Public in Anyplace, U.S.A., on November 5th, 1953 to distinguished war veteran General Public and his lovely wife, Maria Public-Nudity. Growing up, young John was said to be in the spitting image of his father (see photo below).

John attended Cornell University, and studied for several possible blue-collar jobs, including pimp, data processor, insurance salesman and janitor, before meeting his wife Jane Q. Public. They married and had two a daughter, Jen Eric Public, and a son, Stan Dard Public. Shortly thereafter John dropped out of college, and he and his family disappeared from official record altogether.

Why? Nobody knows. The common theory is that he one day ran into his closest friend, John Doe, who convinced him to embark on a life of crime. This theory is supported by the fact that both of them have been seen together frequently. Either way, details after that point are somewhat hazy. John Q. Public has been suspected of having a hand in many activities, although not much has ever been proven. Since then, the only times he has ever been seen are when he is hanging around in public, stalking random people or plotting some evil nefarious scheme. He is wanted in every state and country 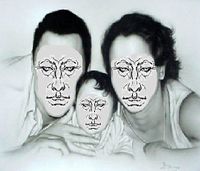 A known Communist, today John Q. Public is a powerful crime lord with influence virtually everywhere. It has been theorized that he was responsible for getting just about every U.S. President elected (except for George W. Bush). His other achievments include:

He is known all over the world and many people fear and admire him. In Rome, gladiator battles were often staged solely for the purpose of entertaining John Q. Public. His aliases include John Q. Citizen and John Q. Taxpayer (although he very rarely pays taxes). John's best friends include Waldo, John Doe, The Invisible Man, This Guy, That Guy, Me and You.

The list is ever growing, and it's usually safe to assume that he could set his eye on anyone at any moment. In fact, he might just be gunning... for YOU!