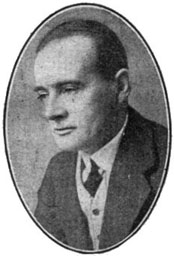 Hector Hugh Munro (December 18, 1870 – November 13, 1916) was a British humour writer known by his pen name of Saki. He was a most famous as a short story writer and an epigrammatist, and has been quoted as saying that “the only thing worse than having too many epigrams is not having enough epigrams”. One of the more underappreciated humourists of his time, his works are nevertheless enjoyed by most people who have heard of him. Saki’s stories mostly dealt with the fashions of Edwardian England, and are known for their light-hearted beginnings as well as their macabre twist endings. As a humourist, Saki was primarily known for writing satires of conservatism in Edwardian high society, and secondarily known for his support of conservatism in morals and politics. 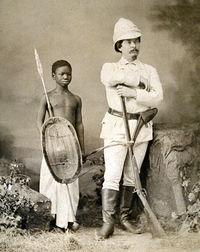 Munro was known for his skill in hunting natives and other wildlife.

Hector Hugh Munro was born in Akyab, Burma, to a distinguished family with a history in the colonial service. His father was the Inspector General for the Burmese Police, and he spent two years frolicking in the Burmese rainforest before being sent back to England, due to the untimely demise of his mother. In England he was forced to live with his grandmother and his prudish, childless spinster aunts. At a young age Saki learned that childless women are often crazy and unmarriageable, and hate other people’s children with a vengeance. It is just as well that Hector’s aunts forced him to say “please” and “thank you”, and bathe five times a day. He was also forced to write letters dictated by his aunt, which usually complained about exposed ankles in statues lining Hyde Park or other similarly indecent things. Naturally, their conservative attitude and world view did not agree with Munro, and he hated them with a passion, but was forced to stay under their guardianship for 10 years.

After he graduated from grammar school, Munro was glad to leave his childhood behind by joining the Imperial Indian Police. He followed the footsteps of his father by getting posted in Burma, and served his empire by helping natives whose lives can only be improved if they were more British. He wrote lovingly about nature and wildlife during his free time, but also complained about the lack of taste and fashion sense in the Burmese natives. He also got acquainted with the works of Persian philosopher and mathematician, Omar Khayyám, whose works dealt with the joys of alcohol, sex, and lax spirituality, and whose Rubáiyát was the source of inspiration for his pen name, Saki. Munro’s command of the English language was appreciated by his colleagues, and he was appointed as head of the Commission for Education of English to Elephants and Natives in 1896. His first project was to teach the Burmese elephants and natives to compose satirical rhyming poetic epigrams. It was a failure. He then made his second project easier - to just focus on non-rhyming epigrams that only need to be funny. It was also a failure. This led him to conclude that the natives were not of sufficient intelligence to achieve any sort of civility; in fact the funniest thing they could muster was “The rice paddy needs to be irrigated before the drought.” 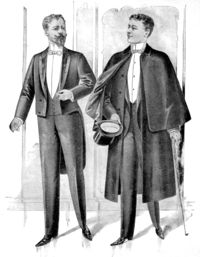 Munro returned to London in 1898, and began to work as a journalist for several prominent London newspapers. Both his family background and his occupation allowed him to frequent the social circles of the Edwardian upper class and become a regular at their dinner parties. He would regale them with his witty epigrams, and turn around to satirise them in his editorial columns the next morning. Somehow, this made him rather popular, as most of the people he wrote about were under the impression that he was writing about somebody else. They invited him to lots of hunting parties, where they chase and shoot working class people on horseback. His Morning Post editors also agreed to give him a regular column, in which he would criticise the etiquette and fashion-obsessed Edwardians every Monday. Every Tuesday, he would have another column, called “Haute or Naught”, in which he would talk about recent fashion disasters of prominent Edwardian celebrities and make fun of people who don’t follow fashion trends. After all, as Saki said, “Being too tasteless or too poor, which may very well be the same thing, is no excuse for wearing a cravat that does not match your frock coat.”

Besides his editorial columns, Saki also wrote short stories usually featuring witty and effete dandies as main characters. His most well known dandies are Reginald and Clovis Sangrail, who delight in upsetting their traditional elders while making fun of people who don’t follow fashion trends. It resulted in many delightful stories and several anthologies, such as Reginald and The Chronicles of Clovis, respectively. Evidently, his characters would be overly effeminate for today’s more open minded readers, but back then they were completely acceptable in the eyes of the more conservative Edwardian public. 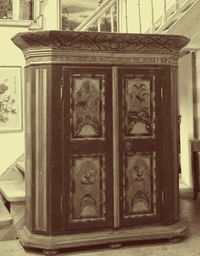 This closet is obviously Second Empire, darling, and would look absolutely horrendous next to your Ming dynasty arbour!

As a Foreign Correspondent

From 1902, Saki was posted to Russia as a foreign correspondent for the Morning Post. Far from the comforts he had in the upper class areas of London, Saki was able to witness the suffering of Russian peasants especially during the various bloodbaths in the Russian Revolution of 1905. Despite the fact that the peasants have no sense of fashion, Saki was sympathetic, and like any reasonable Englishman he would come to conclude that Jews and socialism were to blame. The socialists, he said, were responsible for the revolution, and the Jews? Well, they were just naturally suspicious. His editorial columns would also adopt subtle political undertones, however Saki was always in the opinion that, “The Russians still don’t know how to talk politics. It is horribly improper to talk about death and destruction when you have perfectly good topics like tax rates and the latest agricultural legislation.”[1]

Saki’s experiences in Russia also resulted in more short stories and as anthologies like Reginald in Russia, which dealt with Reginald who visits members of the Russian royalty to complain about their choice of furniture. The attention Reginald pays to interior décor, “which started out with an obvious intention of being Louis Quinze, but relapsed at frequent intervals into Wilhelm II”, would be considered a bit unusual, but the story was still rather popular among the English upper classes. Apparently everyone agrees that the Russians are completely hopeless at choosing chaise lounges, as evidenced by the aesthetic travesties committed by members of the Russian royalty which everyone apparently knows.

Towards the Great War

Health problems lead Saki to return to England in 1908. Embittered and changed by his experiences in Russia, Saki’s columns and short stories became increasingly politically charged. He found the need to express his political and moral views on everything, including issues like socialism, race, women’s suffrage, the colonisation effort, the War, and George Bernard Shaw’s unsightly beard. More than one short story was dedicated to ridiculing Bernard Shaw’s fashion sense and ridiculously liberal ideas. He also reasoned that since childless women are crazy and unmarriageable, they shouldn’t be allowed to vote. Obviously, if they were allowed, the women would force politicians to debate about silly things like shoes and cooking - a catastrophical future which Saki warned about in some of his short stories. He also famously said, “Letting a woman vote is like letting a monkey drive a car. Speaking of which, you know what’s also like letting a monkey drive a car? Letting a woman drive a car.”

Saki’s opinion on Jews can be found in a well-loved short story called “The Unrest Cure”. In the story, Clovis Sangrail orchestrates a small-scale extermination of Jews while using incredibly witty and funny epigrams. Saki also fiercely advocated declaring war with Germany, because as he saw it, those imperialist-socialists of the Hohenzollern dynasty, who were also possibly Jewish, were trying to force their elitist, left-wing ideals onto good old-fashioned Britain. 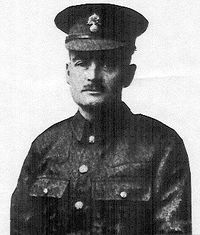 What do you mean you belong to a soldier's union? Damn socialists!

To prevent Britain from falling into the thralls of the Jews and their socialism, Saki volunteered for the war despite being officially over-aged. He proved to be a brave and manly fighter, and managed to achieve the highest rank attainable for a non-commissioned officer. Despite being somewhat old, Saki still retained his good taste in fashion and interior design. His superiors also recognised this, and put him in charge of decorating the trenches with the most fashionable carpets and drapes, in order to boost the morale of the soldiers. When they couldn’t dig the trenches fast enough, though, interior design became just an odd doily on the floor. Many of his designs can still be seen today, buried among caved-in trenches along with a few hundred rotting corpses of soldiers who failed to escape when the trench collapsed. Before his own death, Saki spent most of his free time writing letters to home, complaining about the lack of etiquette in the young soldiers under his command. He would get particularly upset when any of them spoke to him without being introduced, or when, for instance, some of the working-class ones couldn’t tell the difference between “je ne sais pas” and “je ne sais quoi”. One cold winter morning, while out patrolling and simultaneously bird-watching with a fellow soldier, Saki was gunned down by a German sniper after uttering his last words to his companion, which happen to be “Put that bloody cigarette out!” Most people felt that it fell a bit short of being an epigram, but it was as witty as it could be under the circumstances.

For those without comedic tastes, the so-called experts at Wikipedia think they have an article very remotely related to Saki.

The plagiarising idiots at Wikiquote also have a collection of quotations related to: Saki.

Saki’s short stories are still enjoyed by the few people who have heard of him, and he has also left behind an array of quotes that one can use to impress people in dinner parties[2]. His stories on the extermination of Jews, on the other hand, are now universally agreed by academics to be a satire of the prevalent views of anti-Semitism in his time. The same goes for his stories on the pitfalls of socialism, peace and women’s rights, which all happen to be satires on the conservative views of Edwardian times. The only people who think otherwise are people with no sense of humour. Many scholars also express regret that the great humourist did not choose to end his life with an epigram, which was usually the convention, for instance, Oscar Wilde ended his life with “These curtains are killing me, one of us has got to go,” which managed to achieve the purpose of being very witty and memorable while showcasing his good taste for interior design.